Skip to content
Advertisement
Trusted By Millions
Independent, Expert Android News You Can Trust, Since 2010
Publishing More Android Than Anyone Else
27
Today
149
This Week
356
This Month
4413
This Year
114443
All Time
Advertisement

The worlds of both of miHoYo’s popular games are crossing over, as Honkai Impact 3rd will feature content from the studio’s most recent release, Genshin Impact.

Genshin Impact is undoubtedly the more popular and successful game, but it owes a lot of that success to Honkai Impact 3rd. There isn’t a release date yet for the crossover event, but it should be happening sometime in the near future.

According to miHoYo, the event will go live with the Honkai Impact 3rd version 4.9 update. So although miHoYo hasn’t listed a date for the event, you’ll know when it happens once the update goes live.

Accompanying the announcement of the crossover, miHoYo has also released an update preview video discussing the event’s inspiration and other related topics. The entire video is in Chinese though, so make sure to click the closed caption button if you want subtitles in English. You can view the video below. 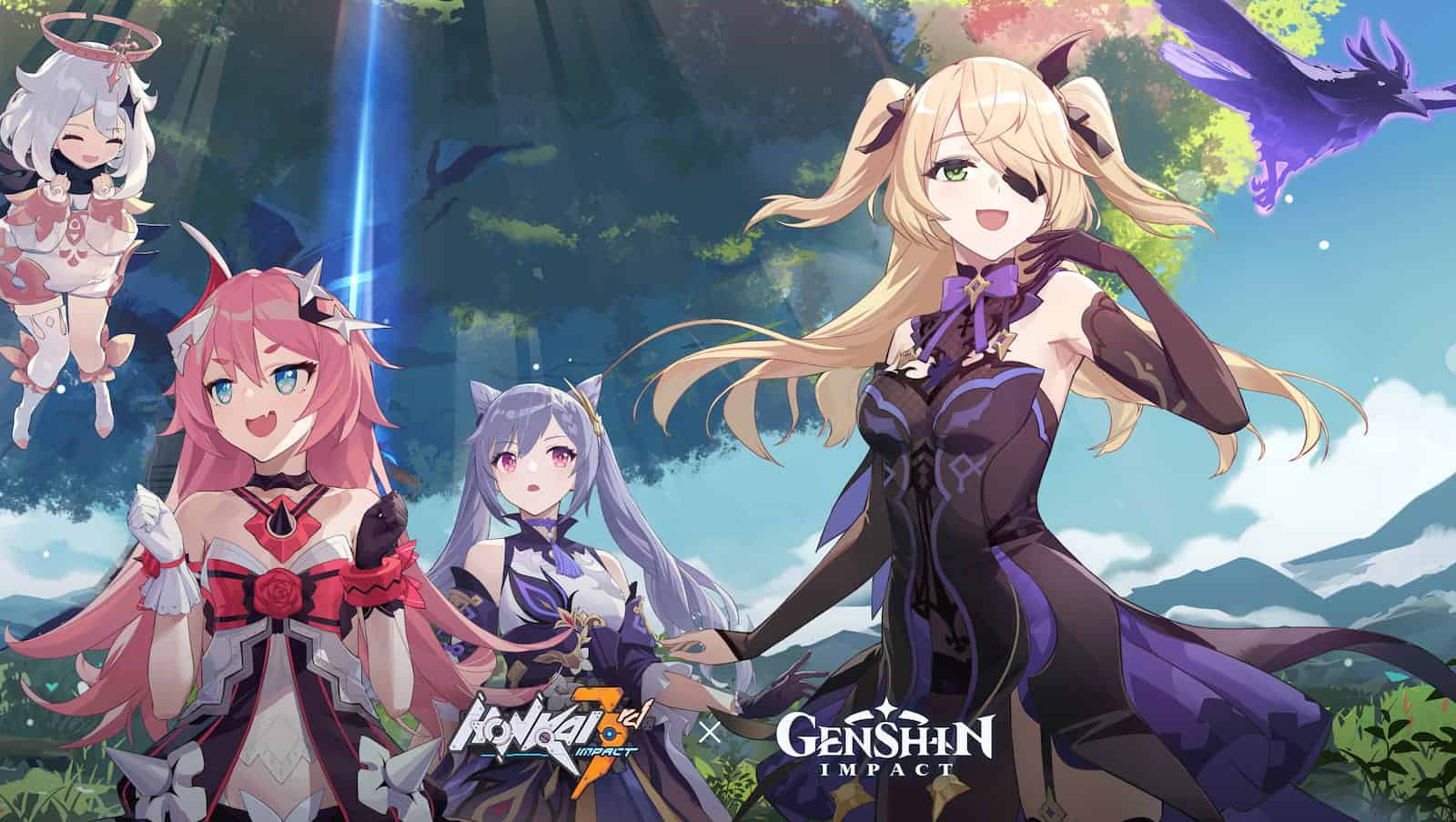 Not all of the details of the crossover event have been revealed yet, but miHoYo has shared what appears to be the central focus. The arrival of a character from Genshin Impact in Honkai Impact 3rd.

The character being introduced will be Fischl, who wields a bow in Genshin Impact. miHoYo says Fischl will have her own story arc in the crossover, and that she’ll keep her archer status. Some things will change though.

The update preview video highlights that the team behind Honkai Impact 3rd had a tough time keeping Fischl’s identity intact while trying to adapt her play style. Another challenge was finding a way to bring the two worlds together without upsetting the setting of the stories of each game.

While both teams rallied together and found a way to accomplish this, they’re keeping the setting of the crossover story a secret for now. Naturally, as that would surely kill some of the excitement for the event once it finally goes live.

Fischl will not be the only character from Genshin Impact that’s part of the crossover. Though she will be the only playable character. In addition to Fischl, Keqing will be introduced as an NPC guide. The update will push the crossover event to Honkai Impact 3rd on all three of its platforms, which includes, Android, iOS, and PC.