Skip to content
Advertisement
Trusted By Millions
Independent, Expert Android News You Can Trust, Since 2010
Publishing More Android Than Anyone Else
74
Today
74
This Week
624
This Month
3868
This Year
113908
All Time
Advertisement Google is getting rid of the highly unpopular pay-to-play Android search choice auction for the free version. The move comes amid increasing pressure from the European Union.

In his latest blog post, Director, Competition Legal for Google, Oliver Bethell said the company is ditching this auction format features a choice screen it offers in European Union. Eligible search providers will be able to participate without constraint.

Google came up with this auction model following the EU $5 billion antitrust enforcement against Android in 2018. However, rivals have accused it of being unfair, according to TechCrunch.

The EU Commission pressurized the search engine giant. Until now, providers had to bid in the auction to appear in the selection menu. This was called pay-to-play, and only four highest bidders were given the place.

Google has now reached an agreement with the EU Commission. The focus has always been on creating as much selection as possible on Android devices. However, it is imperative to ensure that Android can be offered for free, with Google generating enough income.

The commission and the competitors felt the auction procedure was a problem. The company was previously accused of abusing its own operating system to support its own search.

Auctions were the way for Google to open up to other search engine providers. Ecosia CEO Christian Kroll explained the current development.

Kroll noted that search providers can now compete more fairly on the Android market. They will be selected based on how good their product is, rather than “being excluded by monopoly behavior.”

Other search providers such as Seznam, Qwant, Lilo, DuckDuckGo, and Ecosia had turned to the EU Competition Commissioner, Margrethe Vestager, against Google’s actions. Google received further feedback from the Commission. The company said it is making final changes to the screen.

The Android choice screen offers a wide range of search engines to users to choose as default during the device setup. The offered choices are based on sealed bids made by search engine companies offering bids to pay Google to win one of three available slots, TechCrunch reported. 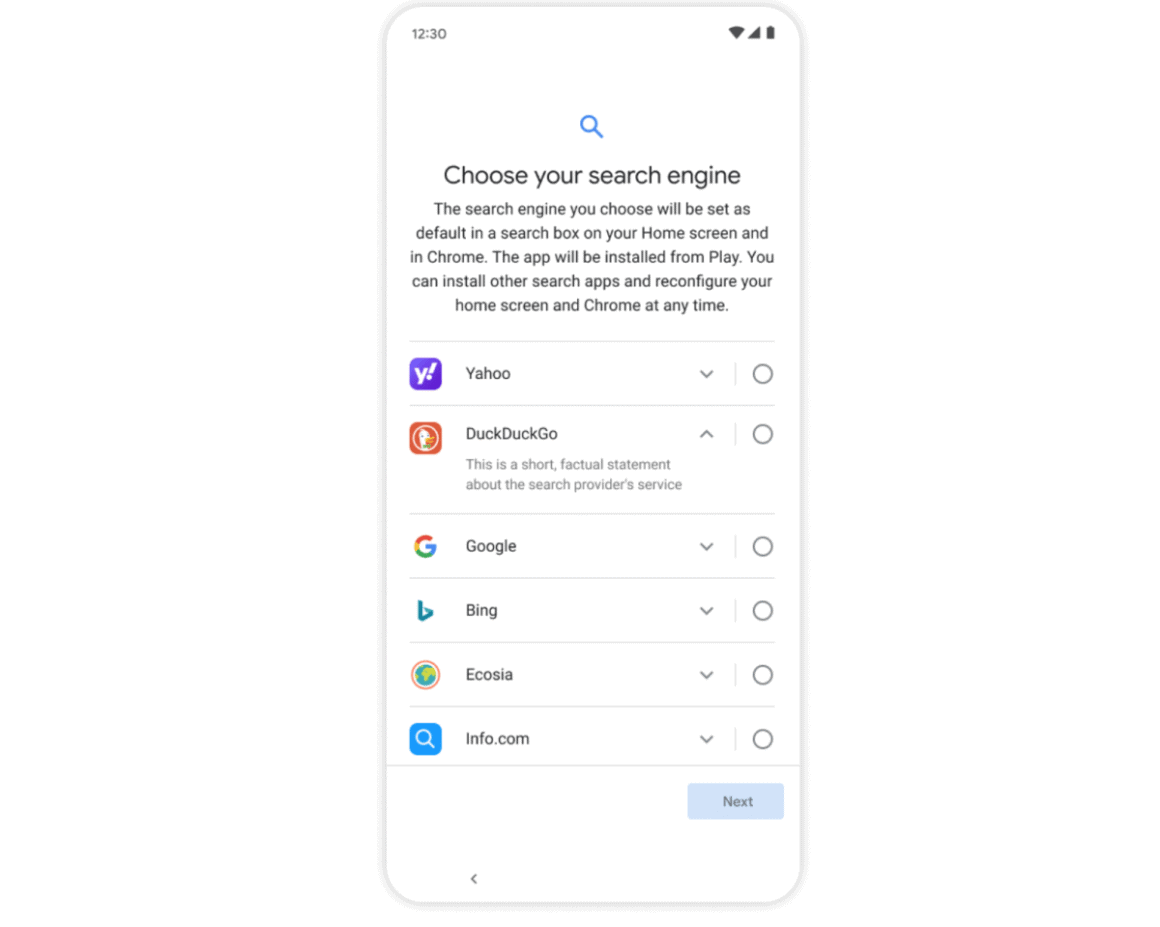