Google is taking AI (artificial intelligence) to a whole new level by employing the intelligence demonstrated by machines to make the next generation of chips. AI outperforms humans and is notably faster, it is said, and relayed by The Verge.

On June 9, Google said in a paper in the journal Nature that its new AI can devise a chip that would ideally take humans several months to make, in less than six months. This AI is currently been used to make the latest version of the company’s TPU (tensor processing unit) chips.

These tensor processing unit chips come in handy in running AI-related tasks. According to Google’s engineers, the development is likely to have a major impact on the semiconductor sector.

Google is using AI to design its next generation of chips

On top of that, these designs can be generated relatively faster. As a result, a task that takes several months for humans to complete can be achieved in less than six hours with the help of AI.

The tech firm has explored the possibilities of using machine learning to create chips for a long time. However, the effort described in the journal Nature seems to be the first time its research has been used on a commercial product. 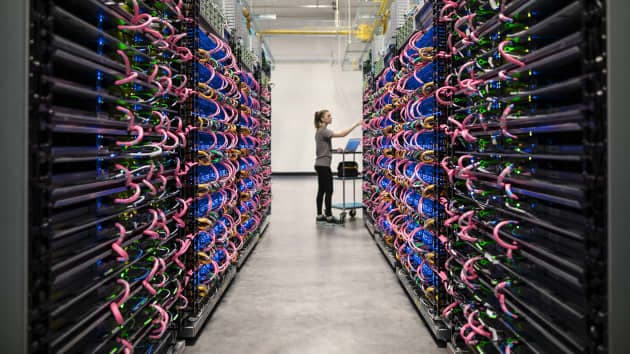 As mention in the paper, Google’s research will be applied to its own TPU chips, which are ideal for AI computation. In other words, the method described in the paper isn’t just limited to labs, Tech Radar noted.

The tech giant’s plan involves using AI to design chips that can facilitate the development of ultra-modern AI systems. In line with that, the company’s new AI is capable of drawing up a chip’s “floorplan.”

According to Google research scientists Anna Goldie and Azalia Mirhoseini, the method will help expedite AI development in the future. Companies will be able to quickly check out the potential architecture space for upcoming designs.

Moreover, companies will be able to customize chips to handle specific workloads. According to the editorial in Nature, this research is an “important achievement,” and this type of work could even nullify the predicted end of Moore’s Law.

It is worth mentioning here that AI isn’t likely to address the physical challenges. For example,  the need to fit more and more transistors onto chips will still exist. However, it could help researchers find a way to boost performance at the same rate.