Doogee is one of the biggest rugged smartphone manufacturers in the world. Although Doogee is yet to launch its 5G rugged phone, they have often manufactured and launched products with special features that are important to their target market. S97 Pro is Doogee’s latest attempt with an inbuilt laser rangefinder. 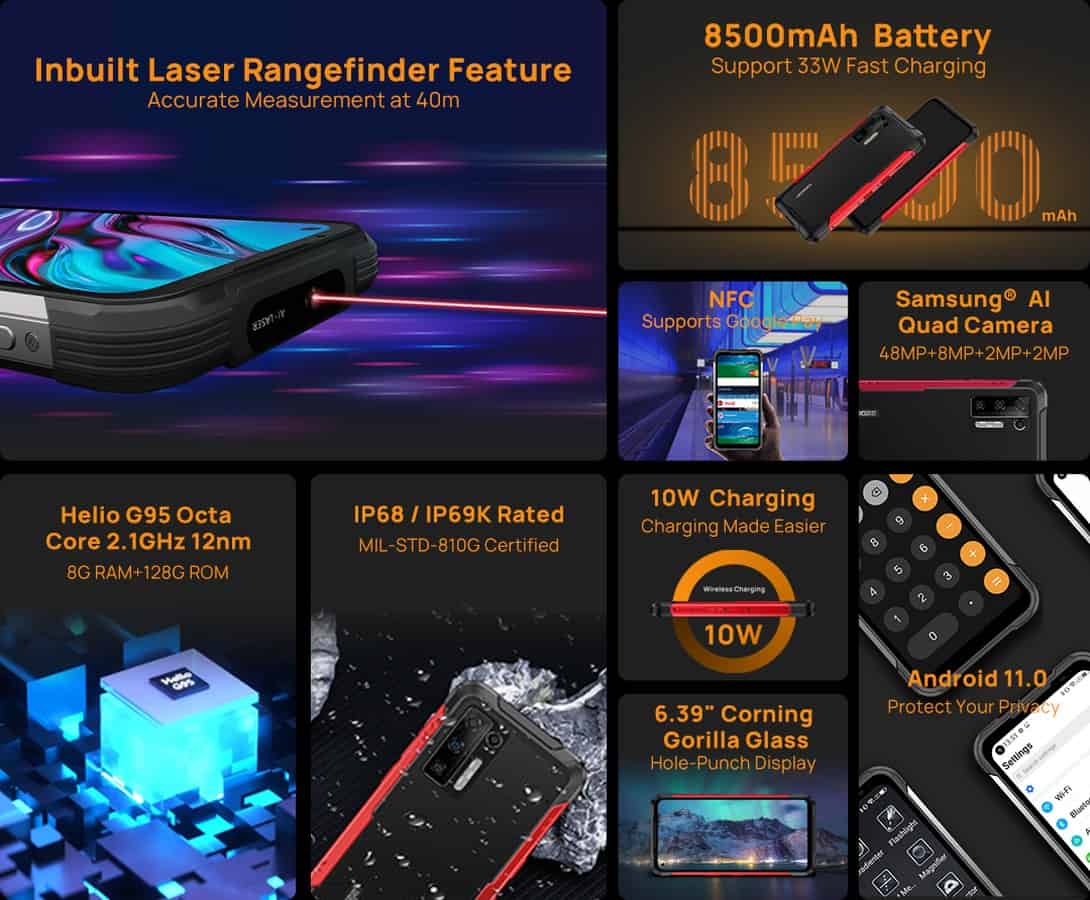 S97 Pro stands out amongst all other rugged phones with one and very unique feature, the laser rangefinder. It is the first and only smartphone in the world to have this feature inbuilt into it.

This feature surprisingly has many uses not only in a professional setting but also domestically. They are useful in measuring out part of the house for renovations and many other uses. 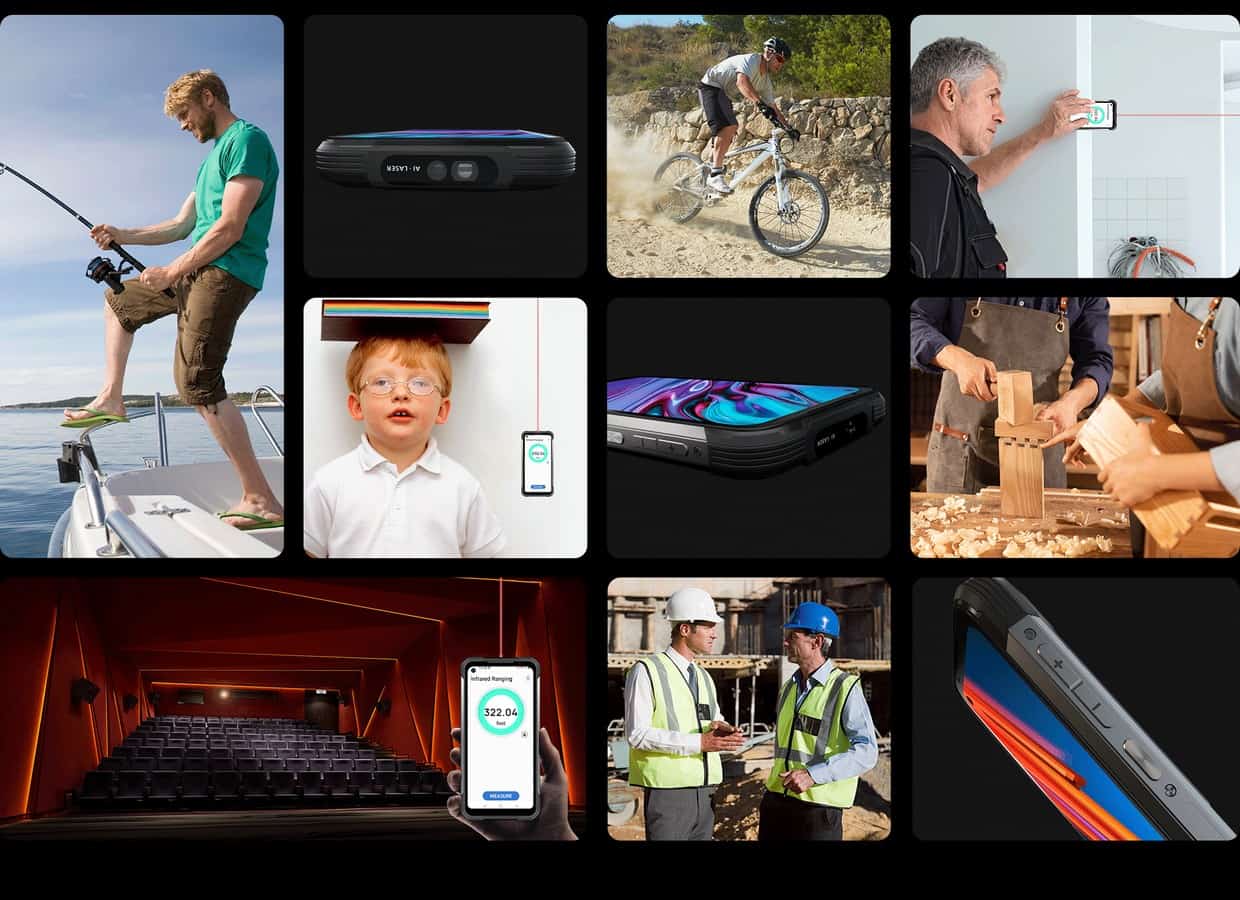 S97 Pro display is 6.39’’ in size, with a resolution of 720*1560 px. The screen is made of corning gorilla glass which is generally resistant to falls and scratches. 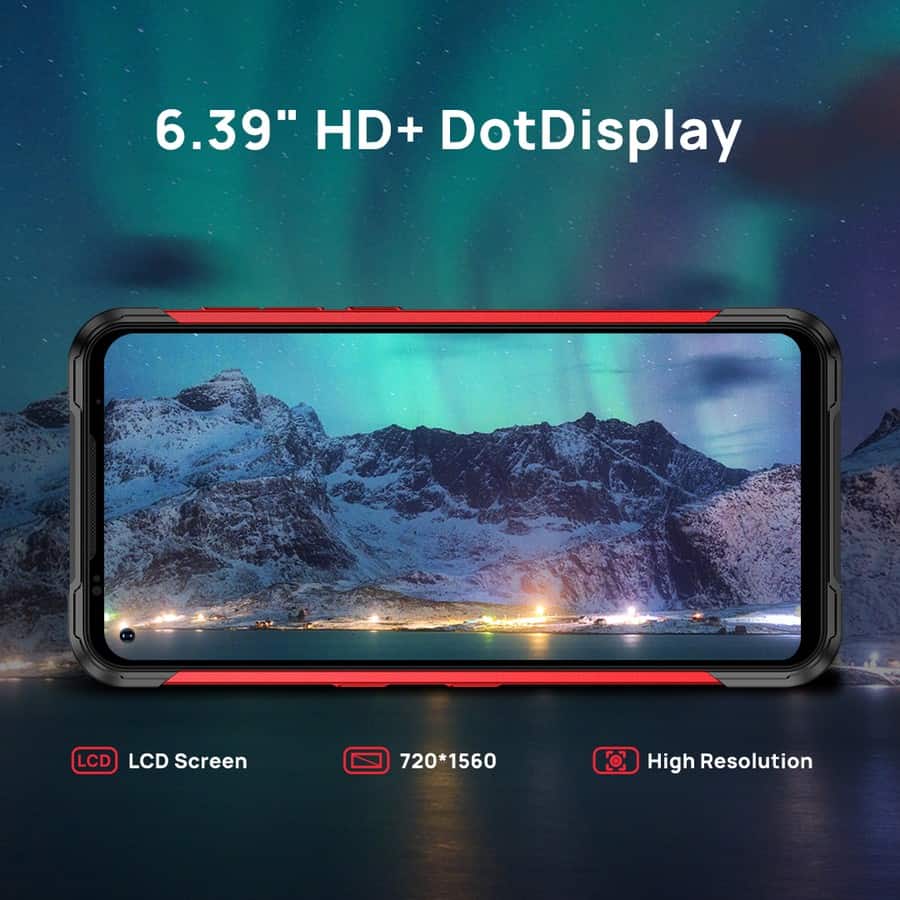 For performance, the Doogee S97 pro depends on the Helio G95 octa-core chipset. The game intensive processor is built on a 12 nm process technology. That paired with the ARM Mali-G76 MC4 GPU results in a device that excels at user responsiveness and a great GUI to match.

Another surprise is in the camera department, rugged phones aren’t known for having great cameras. S97 Pro on the other hand features a 16MP selfie camera, on the back, there are 4 cameras. The main camera is a Samsung 48MP AI camera, the second sensor is also from Samsung, but it is an 8 MP wide-angle camera. The other 2 cameras are 2 MP, one is a macro camera, the other is a temperature camera.

So S97 Pro is a beast of a smartphone, we take that to the next level by putting in an 8500mAh super battery. Not to worry this phone supports 33W fast charge so you can fully charge the device in under 3 hours. 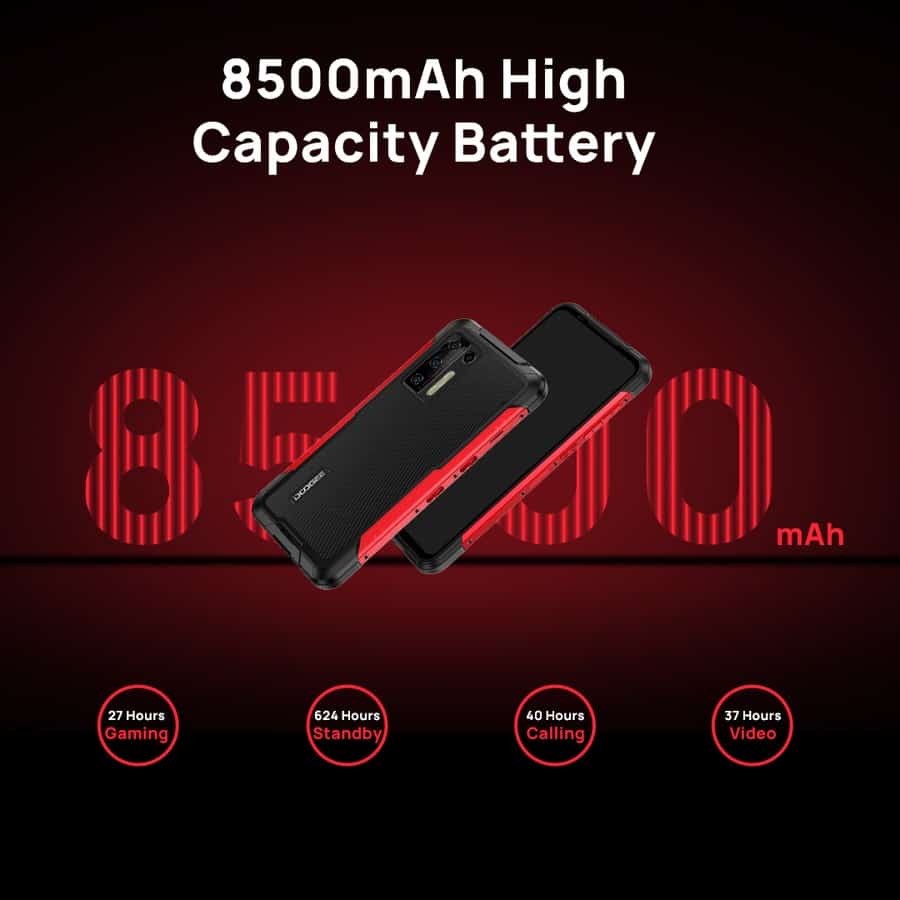 They are also tested against the standards set in the MIL-STD-810G standards for extra proof of ruggedness.

S97 Pro is set to be launched on June 21st on AliExpress and Banggood. At the moment, the phone is listed on AliExpress for US $282.14. The phone together with other accessories will set you back between US $291.55 and US $324.47 depending on what accessory you opt for.

But according to the marketing team at Doogee, there is a special discount. For one week after the launch, S97 Pro will be sold at US $199.99. This promo applies to only the first 300 purchases. sO Add to Cart Now and Order from June 21.