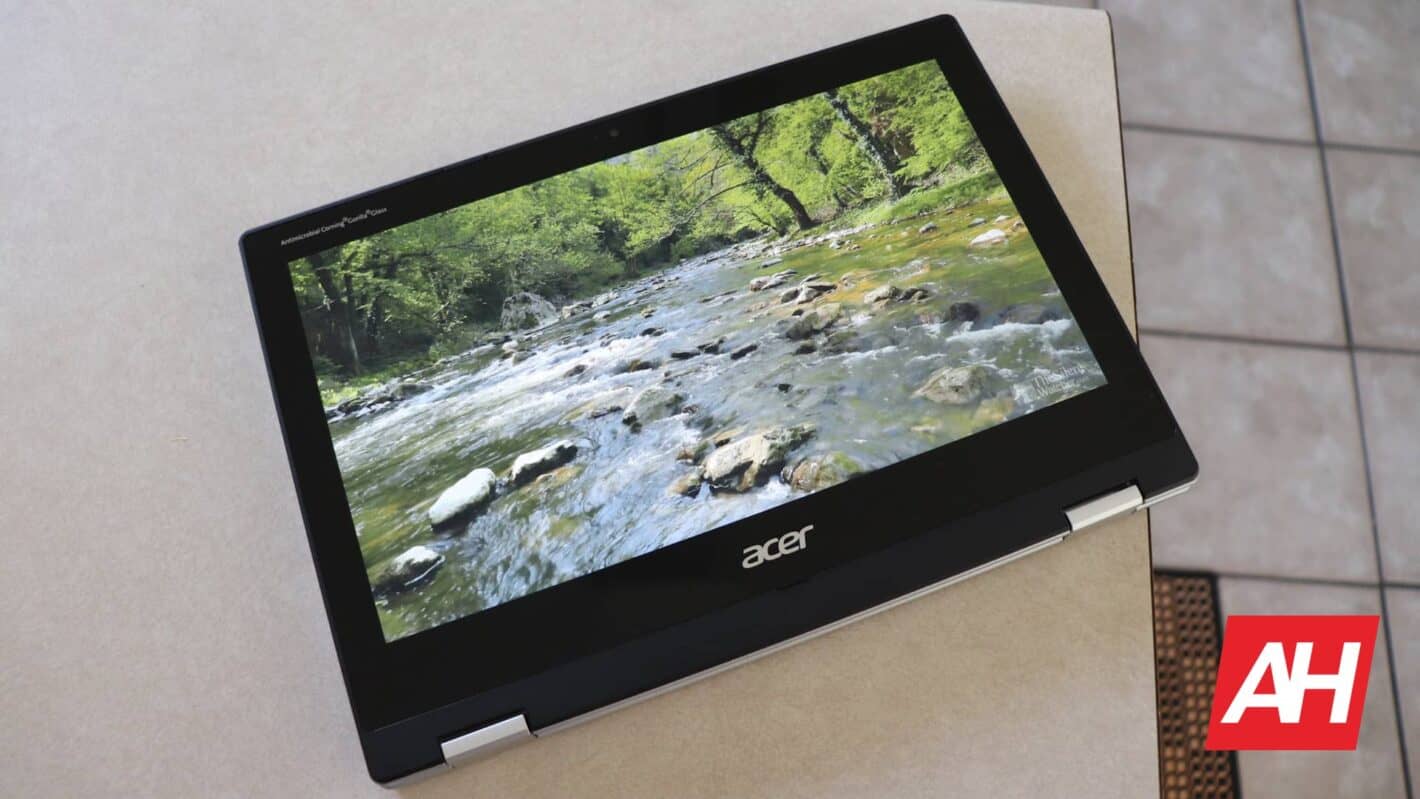 The COVID-19 pandemic has had a positive impact on the global tablet and PC market. There’s sustained growth in demand for work-from-home or learn-from-home tools since early last year. Chromebooks have proven to be useful alternatives to Windows and Mac in these spaces, particularly in the education sector where high performance isn’t a priority. And as remote working and learning becomes a new norm, their popularity has reached new heights.

Global demand for Chromebooks is on the rise

The demand for Chromebooks has been growing consistently since the third quarter of 2019 when around 3 million units were shipped globally. That figure marginally improved to 3.2 million in the following quarter, i.e. Q1 2020. Over the next six months, global Chromebook shipments tripled to almost hit the 10 million mark.

Shipment volume reached 11 million units in the fourth quarter of last year, with the total Chromebook shipments for the full year coming in at 29.6 million. This marked a 75 percent YoY increase from the previous year.

Now, with the COVID-19 pandemic still affecting human lives in several parts of the world, the quarterly sales figures of Chromebooks have hit a record high of 12 million units in the first three months of this year. 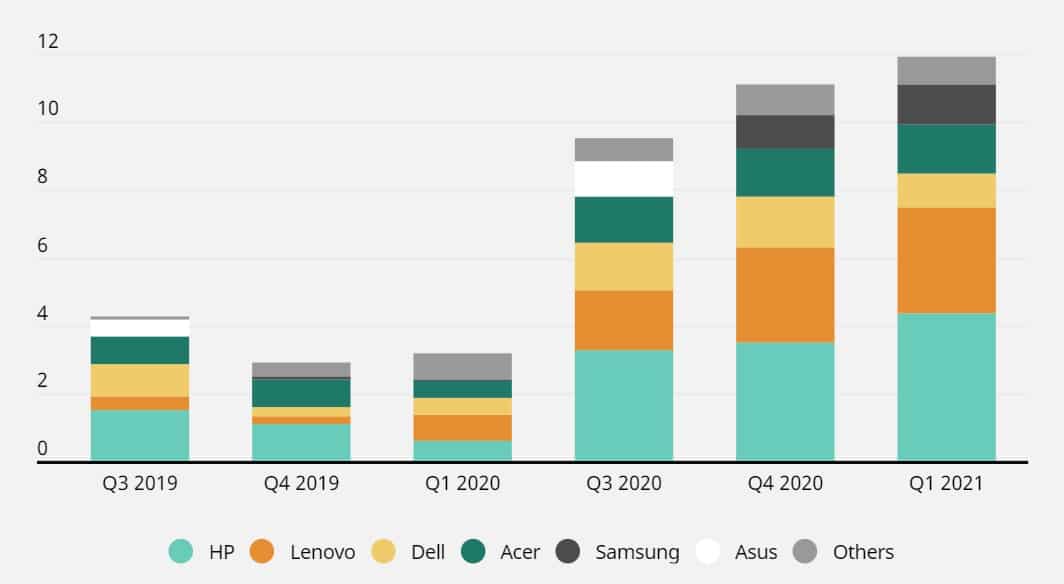 HP has dominated the Chromebook market for several years now and the story remained unchanged in Q1 2021 as well. It shipped 4.36 million Chromebooks between January to March this year, capturing a 36.4 percent share of the global market. That’s the company’s highest market share since Q4 2019 when its Chromebooks accounted for 37 percent of the overall shipment volume.

Lenovo, which has been second only to HP in this market recently, maintained its position in the past quarter. The Chinese company shipped 3.11 million Chromebooks in Q1 2021. It captured 25.9 percent of the global market during this period.

Acer was the third-biggest Chromebook vendor during the first three months of the year. It shipped 1.43 million devices to hold an 11.9 percent share in the market. However, despite seeing a 178 percent YoY growth in shipment volume (from 0.5 million units in Q1 2020), the company has lost some market share in Q1 2021.

The story is similar for Dell as well. The company doubled its Chromebook shipment from 0.5 million units in the first quarter of last year to 1.01 million units this past quarter. However, its market share almost halved from 15.7 percent to 8.4 percent during the same period.

Samsung has eaten up the market share from both these companies. The Korean behemoth, which launched its first-ever Galaxy-branded Chromebook in January last year, saw its shipments grew a mind-boggling 2233 percent YoY to 1.2 million units in Q1 2021. From a pretty much non-existent brand in Q1 2020, the company has grown on to become the fourth-biggest Chromebook vendor a year later. It captured 10 percent of the global market this past quarter. 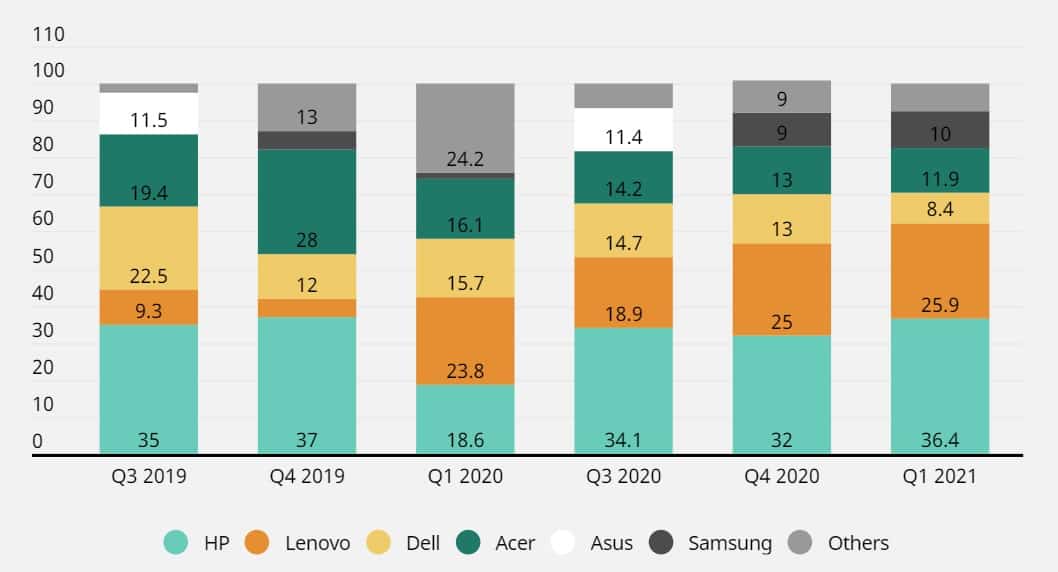