Android 12 is nearing its launch. And as we are approaching the launch of the newest OS from Google, the latest Android 12 beta has added a new Internet tile, which allows switching between Wi-Fi and mobile data more easily.

Notably, as per a report by Android Police, the revamped internet tile, now lets you quickly swap between network connections. This negates the need of driving deeper into the Settings menu.

Google started pushing out the Android 12 beta update for the Pixel phones, which brings some more features that were announced by Google at the Google I/O event.

Since there are a lot of features that will be a part of the Android 12 OS, Google is bundling new features with subsequent beta updates.

Once you have installed the Android 12 beta on your Google Pixel, you will find this revamped internet tile under the Quick Settings menu. There is a new button called “Internet” that replaces the old “Wi-Fi” button.

Tapping on this new Internet quick settings tile will show up a list of ways you can connect to the internet, including Wi-Fi and your cellular connection.

Users can quickly switch between Wi-Fi or their cellular data, all under one menu. This is like a one-stop shop for your internet connection settings.

Well, Google says it introduced this new internet Quick Settings tile to allow users to “troubleshoot network connectivity issues more easily.” And by the looks of it, the new feature definitely achieves its aim.

However, there is a twist in the tale. Apparently, Google has asked users to provide feedback on this new feature. This means Google is not sure of keeping this feature in Android 12. Moreover, if there is a scarcity of positive feedback, this feature might get dropped.

Whatever the future holds, simply tapping the locked Wi-Fi network inside the Internet tile lets you quickly input the password and connect to the internet.

There is also an “X” button on the right side of the connection. It disables the auto-connect feature for some time. This gives some time for the user to switch between networks.

In order to access the full Wi-Fi menu, you have to long-press the “Internet” tile in the Quick Settings menu. Alternatively, you can go to the Settings menu.

There is only one downside, which most of you will also face as noted by folks at Android Police. The downside is that there is no quick way of shutting off the Wi-Fi connection entirely. This can only be done by manually turning it off under the full internet Settings menu. 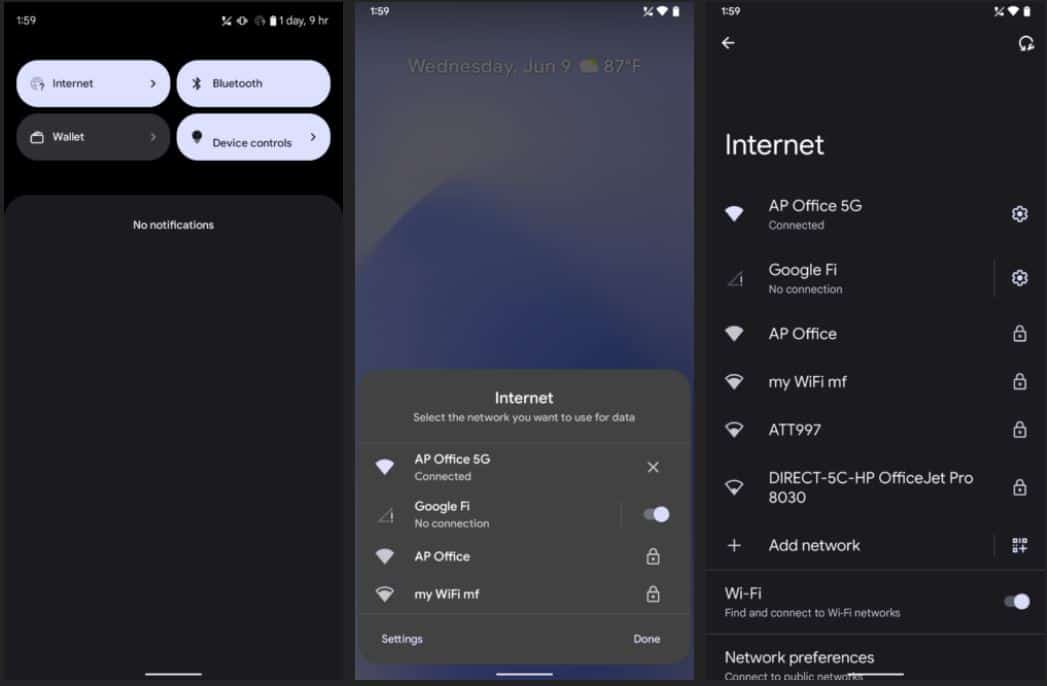