Skip to content
Advertisement
Trusted By Millions
Independent, Expert Android News You Can Trust, Since 2010
Publishing More Android Than Anyone Else
15
Today
163
This Week
86
This Month
5337
This Year
115343
All Time
Advertisement

Kantar has published its latest BrandZ report, which ranks the world’s top 100 most valuable brands. According to the report, Amazon currently has the highest brand value of $684 billion. The retail giant grew a whopping 64 percent (approx. $268 billion) from last year to retain the crown. Apple also saw a healthy growth of 74 percent to reach $612 billion and keep the second position. Amazon and Apple became the first two brands to breach the half-a-trillion-dollar mark.

Except for Visa and MasterCard, all other companies grew in excess of 20 percent this year. These two financial services companies grew about 2 percent and four percent respectively. 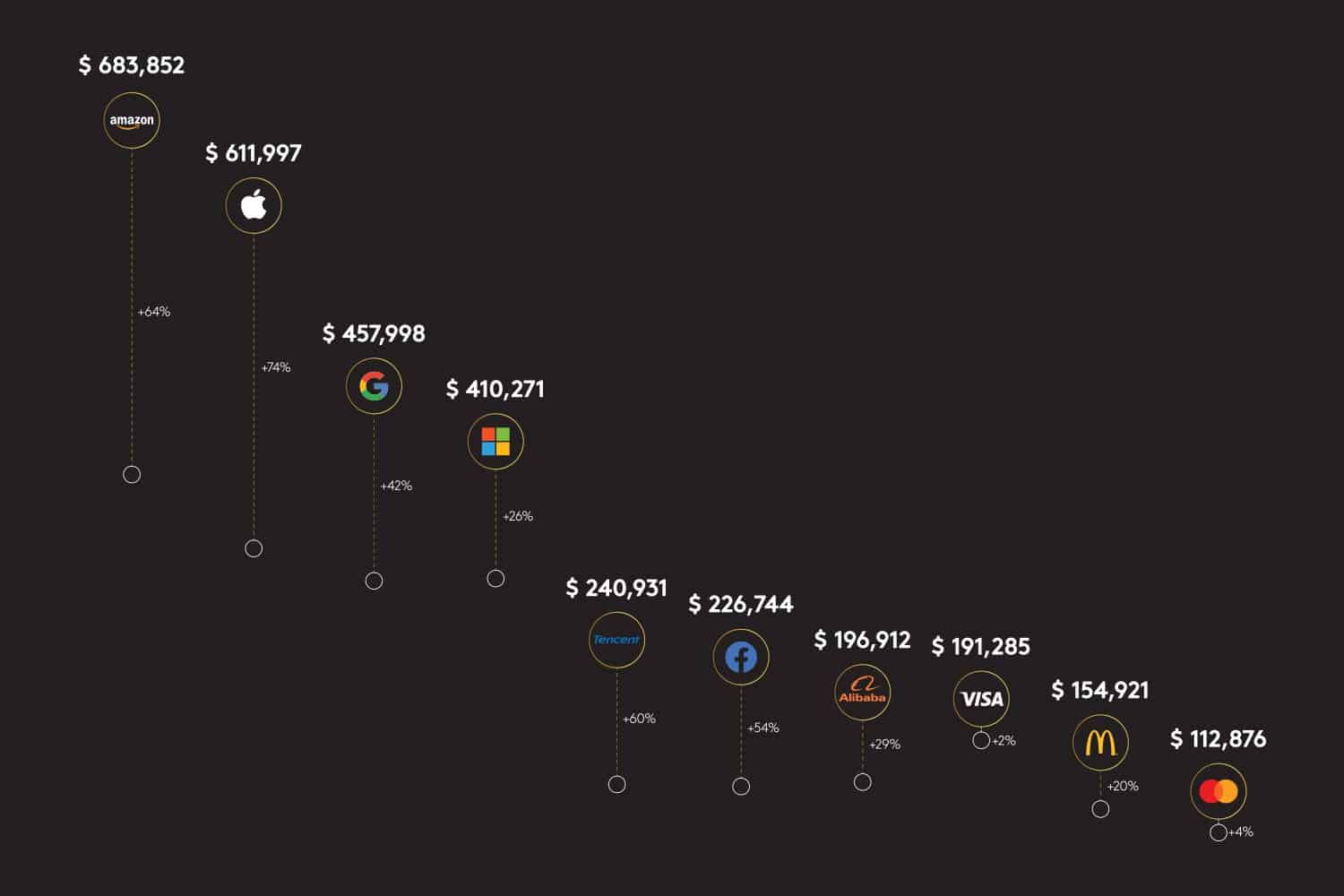 13 new entrants in the most valuable list, Tesla is the fastest-growing brand

The past couple of years have seen drastic changes in several industries. There’s a growing demand for tech products as more people are now seeking remote working and learning tools due to the COVID-19 pandemic concerns. That’s why the top seven brands are all from the tech sector, and they grew significantly as well.

World’s largest smartphone vendor Samsung finds itself at the 42nd spot with a brand value of $47 billion. Huawei (50th) and Xiaomi (70th) are the only other smartphone makers in the top 100. Their respective brand value is reported at $38 billion and $25 billion.

However, the fastest-growing brand this year is Tesla. The American electric vehicle company grew a mind-boggling 275 percent to become the most valuable car brand globally. This strong growth means it broke into the top 100 with a brand value of $43 billion, which places it at the 47th spot. Nvidia (12th), Qualcomm (37th), Zoom (52nd), AMD (57th), Snapchat (82nd), and Spotify (99th) are some of the other new entrants this year.

US brands still dominate but Chinese brands are catching up fast

According to the new BrandZ report, the total value of the world’s 100 biggest brands has grown a health 42 percent year-on-year (YoY) to breach the $7 trillion mark this year. This accelerated growth also means the threshold for breaking into the top 100 has increased by 44 percent YoY to almost touch $19 billion. 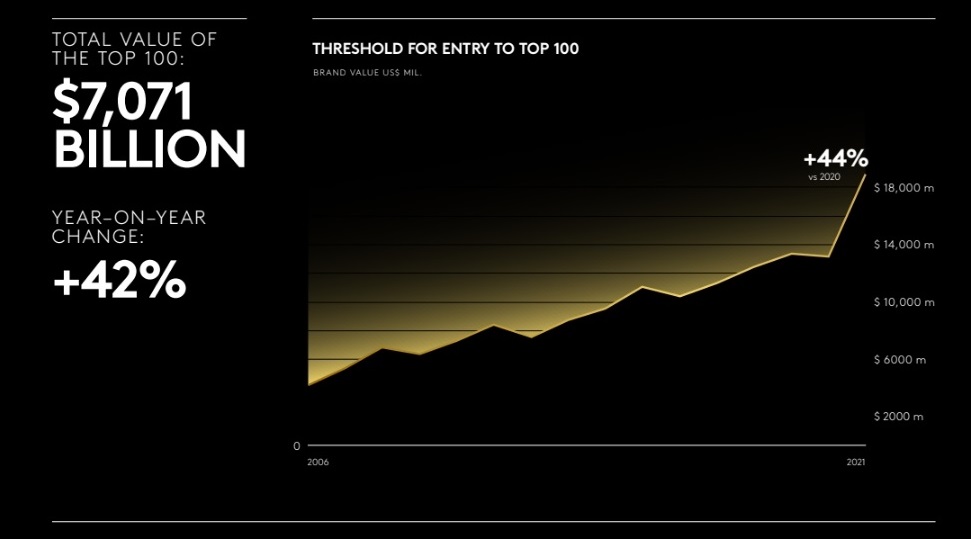 Overall, 56 American brands featured in the top 100 list (via). They accounted for 74 percent of the top 100’s total value, growing an average 46 percent YoY. However, Chinese companies are also growing fast as well, capturing 14 percent of the total value. That share came in at around 11 percent a decade ago. Six of the top ten fastest-growing brands this year are from China, so that speaks volumes about this growth rate.

European companies, on the other hand, are seeing a downward trend. Only 8 percent of the top 100’s total value this year came from Europe. That’s down significantly from 20 percent ten years ago. France’s Louis Vuitton at the 21st position is the highest-placed European brand.

Check out the infographic below for the full list of the top 100 most valuable brands globally.