Skip to content
Advertisement
Trusted By Millions
Independent, Expert Android News You Can Trust, Since 2010
Publishing More Android Than Anyone Else
13
Today
136
This Week
344
This Month
4401
This Year
114431
All Time
Advertisement Google is hard at work introducing a new way to recover lost work for users who accidentally close their tab groups in Chrome. That’s based on a recent report from Android Police, detailing a new change spotted in the browser.

Specifically, that’s a change spotted by Reddit user “Leopeva64-2,” and more directly in Chrome Canary. And the alteration, tucked behind a “Show app menu history sub menus” flag for Mac/Windows/Linux/Chrome OS, could be groundbreaking. In effect, it adds tab groups to the History menu. That means that when users explore their history, either via the full History page or the History segment of the Settings menu, tabs now show up.

As seen in the included image below, that means users can readily access their tab groups in the History menu after they’ve been closed. With Chrome storing and showing them as a nested folder hierarchy.

Since the tabs are being stored in that way, users aren’t stuck trying to restore tabs one by one. This should come in especially handy if users happen to accidentally close one of their tab groups in Chrome.

Now users will have the option to either restore the entire tab group by restoring the nested folder. Or to restore individual tabs from within the recently-closed tab group one at a time.

So, for example, a user might have a dozen or more tabs stored in a group in the browser. If they only really need to hold onto the one tab within that group, they can close the entire group with a right-click action. Then they can navigate to the three-dot menu at the top-right of the UI and re-open the one tab they still need. And that’s just one useful use case for the incoming feature if it ever arrives.

That change is currently only available on the Canary Channel in Chrome though. So it may not ever arrive at all unless development going forward goes smoothly and Google deems that it needs to be released.

In the interim, the source notes that a new commit in the Chromium Gerrit expands on the tab group feature. Namely, by allowing bookmarking of tab groups with a “Bookmark All Tabs” option. If that action is performed with the upcoming change in place, the tabs are similarly saved in a nested hierarchy. So they’ll be ready and organized when they need to be reopened. That’s if and when the change finally starts rolling out to end-users. 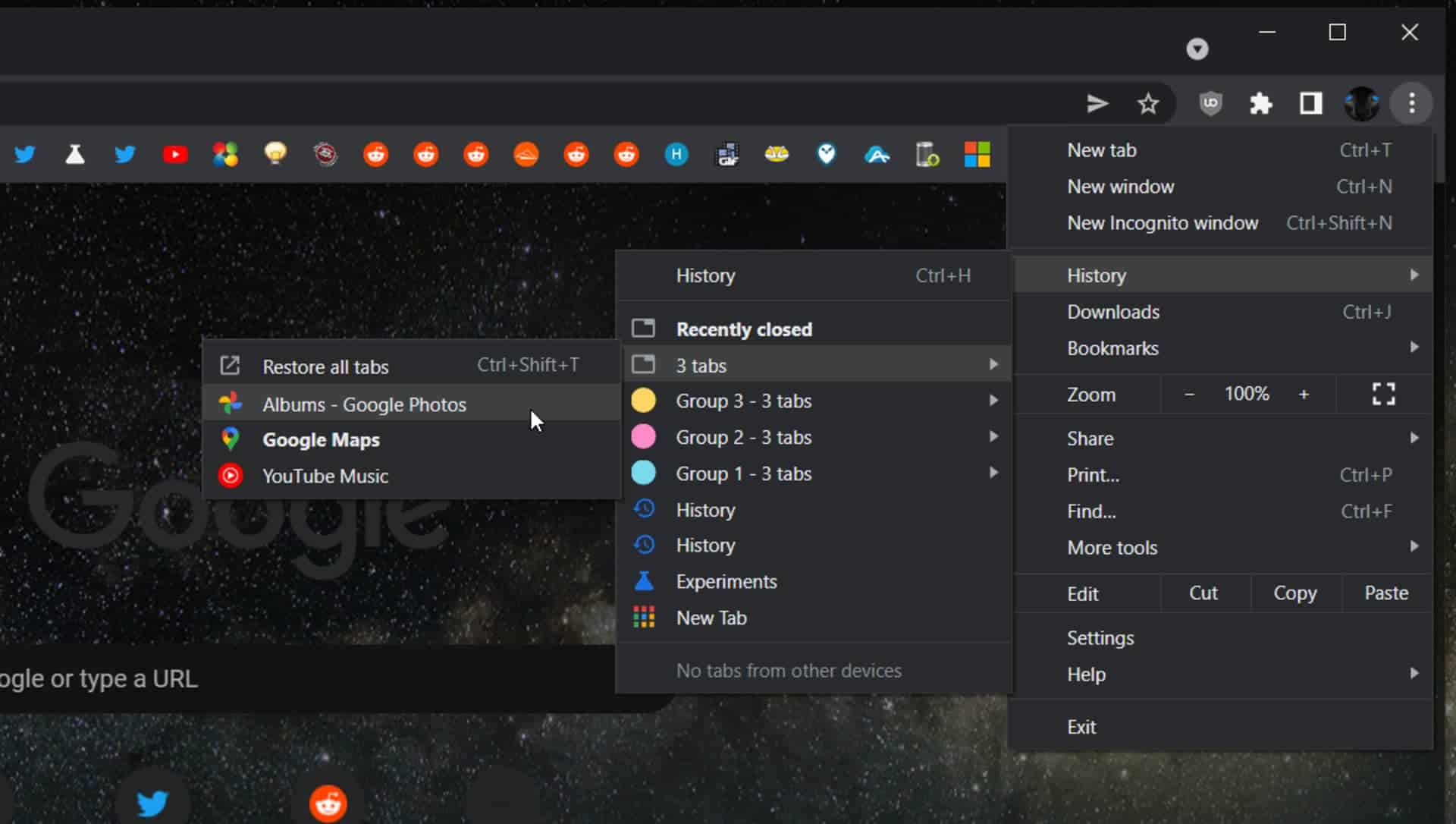