YouTube is reportedly testing the Loop Video feature for its Android app. This feature is activated for some users, but it may take a while before all users get it. It seems to be in testing.

In recent months, YouTube has added several new features and is trying to make the videos more enjoyable for its audience. Previously, they updated the UI and redefined the process of changing video quality. Then, the automatic translation was added. Now, they are testing the Loop Video feature for the Android app.

The Loop Video is not a new invention, and desktop users have been using it for years, but it is making its way to the YouTube Android app. Some users reported that they’ve access to the feature within the app and through the three-dot menu, but we still need to wait for the public rollout. 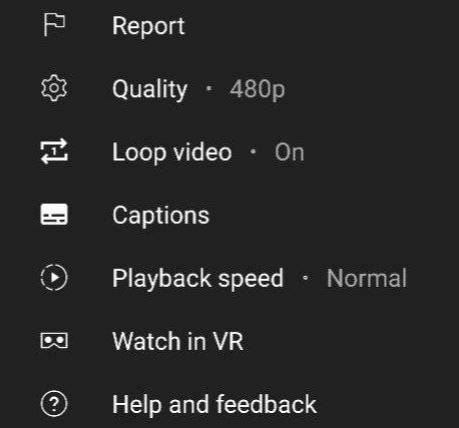 The first rumors about YouTube’s intention for adding Loop Video to its platform were heard in March 2021. Since then, YouTube has been working on the feature, and now it’s closer to launch. This feature will allow the viewers to watch their favorite videos in a loop. This finally leads to a better user experience.

Of course, YouTube Android users can indirectly access a loop-like feature. That way, they have to move their favorite video to an empty playlist and use the “Repeat” icon. This method is somewhat effective, but it’s not productive enough. That’s why YouTube has decided to add the loop feature directly to the menu.

Adding a Loop Video feature is not the only change in YouTube. According to Droidmaze, the Clip feature on YouTube is going to roll out for more users. The Clip allows for creating 60 seconds videos from the existing video. Users can share these 60-second videos with a new link.

Of course, these features are still in the testing phase and will be released to the public in the coming months.