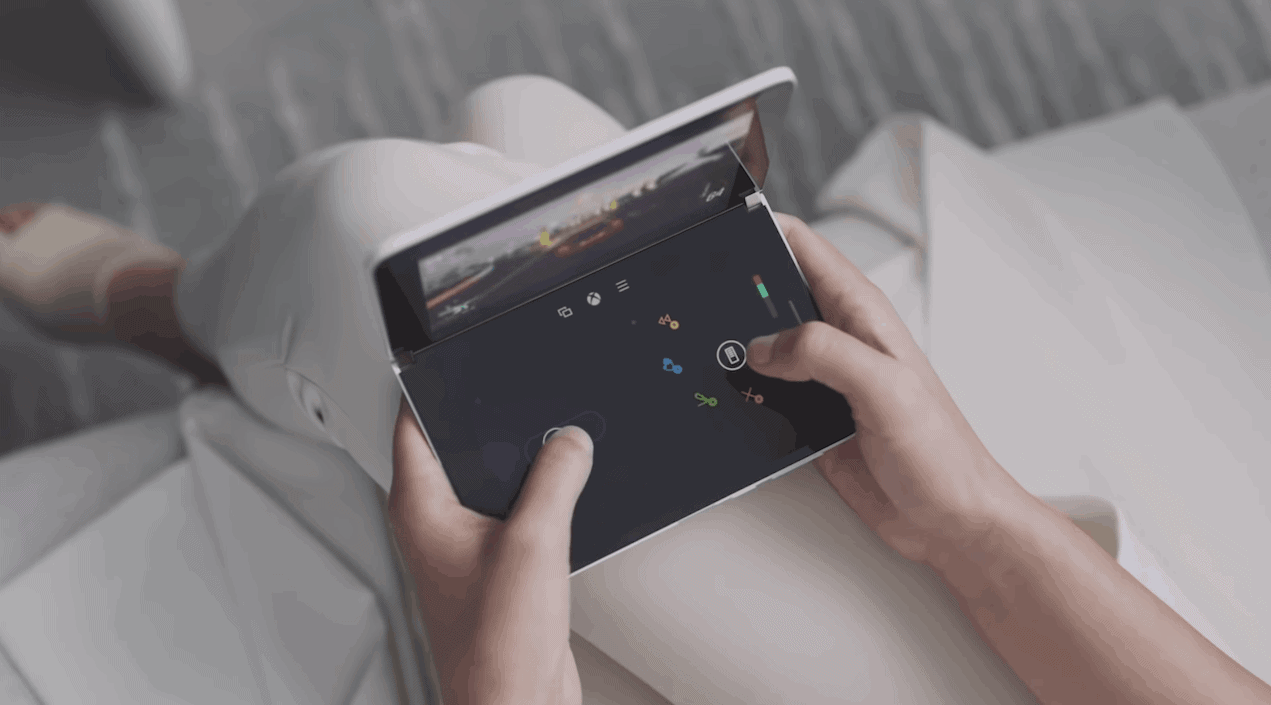 Microsoft has added an Xbox gaming experience to its Surface Duo by updating the Xbox Cloud Gaming (xCloud) app for Android. With this update, xCloud dual-screen support will be added to Surface Duo.

According to a video teased by The Verge’s editor on Twitter, a virtual gamepad appears on one of the Surface Duo screens, and users can use the other screen to play the game. The buttons are virtual, and they don’t have the sense of physical buttons. Anyway, it is still an excellent feature for Xbox users who own a Surface Duo or are planning to buy one.

These touch controls are available for many games. Moreover, adding them to a dual-screen device can enhance the gaming experience of the device. After the news, more Xbox gamers will likely consider buying a Surface Duo. Of course, having touch controls on such a device is not a new invention, and we’ve previously seen it in Nintendo 3DS.

Moreover, we expect Samsung to add such a feature to its Z fold devices through a partnership with Sony and Microsoft.

If you own a Surface Duo and want to play an Xbox game on it, you can receive the latest update of the xCloud app through Google Play.

Another benefit is that you will have an exclusive screen for watching the game. Moreover, you don’t have to scroll your thumbs on the screen that might hinder your view of the game. This way, the need for third-party controllers is eliminated, and users don’t have to pay for them. Just open your dual-screen device and start gaming.

The Xbox Cloud Gaming app has gone through other updates to match Surface Duo and enhance the user experience. The updates include columned layouts and making it easier to move in menus and watch the screens’ content.

Folding phones and dual-screen devices are expanding their market. In the coming years, more devices with these features will be released. Therefore, we can expect companies to seek to improve the gaming experience on these devices.