Under-display cameras are expected to leave a big mark on the smartphone industry soon, and while we’re waiting for that to happen, Xiaomi went a step ahead and patented an under-display flip camera.

Xiaomi is developing an under-display flip camera for smartphones

Now, unlike a regular under-display camera, which serves only as a selfie camera, this one would serve as a primary one as well. This camera can rotate 180 degrees. So, it can be front-facing, until you switch to the rear camera inside the camera app, at which points it rotates.

This is quite interesting, and we do hope it will make it to a smartphone in the near future. The thing is, Xiaomi still did not utilize its regular under-display camera technology. The company is expected to do that this year, as it has been working on it for a long time.

Now, in regards to the under-display flip camera, that patent surfaced at the World Intellectual Property Organization (WIPO), while it was shared by Letsgodigital. The patent application was filed back in February 2020.

This technology would enable the company to use the phone’s main sensor as both a front-facing one and a rear-facing one. The company can still include several cameras on the back, and only make the main one rotatable. As you can see in the image provided below. 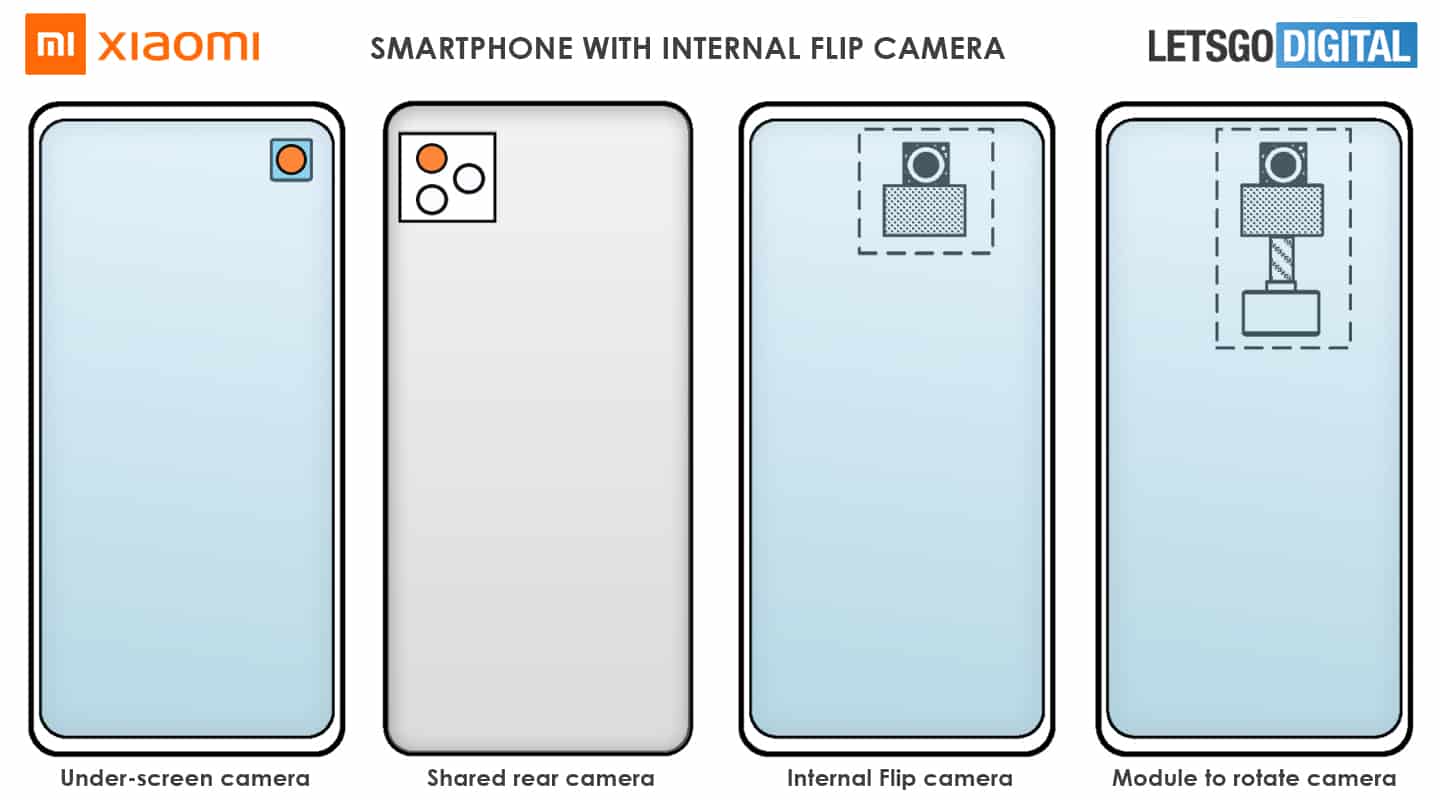 This does not really surprise us, it’s Xiaomi after all. The company is not afraid to try out something new, and see if it sticks. Xiaomi recently announced its first foldable smartphone, though that won’t be its only foldable this year. Xiaomi is expected to announce two more.

Another device that is expected to arrive is the Xiaomi Mi MIX 4. That handset is rumored to include an under-display camera. It may actually become the company’s first smartphone with such technology.

Xiaomi has been developing its under-display camera tech for a long time. It refused to use early variants of it, though, due to the lack of quality. The company seems to have reached a good level of clarity with its tech, which is why we may see it in action soon.