The company brands its fast charging as ‘HyperCharge’, and it is basically leading the pack with this tech. The company even uploaded a video to show us all how fast this charging really is.

If you check out the video provided below this paragraph, you’ll see that the company’s 200W HyperCharge can fully charge a smartphone with a 4,000mAh battery in only 8 minutes.

Needless to say, that’s insanely fast. It takes only 44 seconds for a 10-percent charge, and 3 minutes for a 50-percent charge. So, even if your phone’s battery is far from the best, you can quickly plug it and be good to go.

When it comes to 120W wireless HyperCharge, well, it’s also quite fast. That charging improvement has been shown in the video as well. It can charge a 4,000mAh battery from 0 to 100-percent in only 15 minutes.

The company showed off its new charging via a modified Xiaomi Mi 10 Pro smartphone. This wireless charging tech managed to charge that device up to 10-percent in only a minute. It took it 8 minutes to reach 50-percent.

Xiaomi claims that these are new industry records for both wired and wireless charging. That’s not hard to believe. Just last year, Xiaomi announced 120W fast charging, which followed 100W fast charging from 2019.

The thing is, Xiaomi did not say when will it start implementing this tech in consumer smartphones. Knowing Xiaomi, we won’t have to wait for long, but still, no information was given. Will it be this year, or the next? Well, we’ll have to wait and see.

Xiaomi is still expected to announce a couple of foldable smartphones this year, in addition to the Mi MIX 4. So, anything is possible, though chances are we’ll see this tech next year. 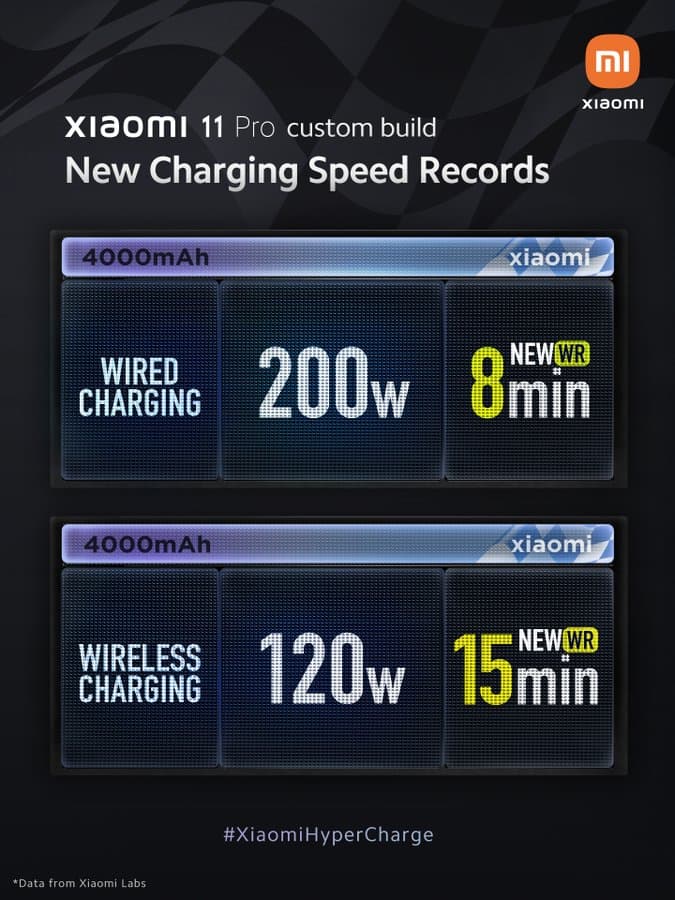