Xiaomi has patented a modular smartphone featuring a zoom camera module. The device houses a periscopic zoom camera and adopts a full-screen design.

Making smartphones modular enables manufacturers to effortlessly replace just one part. You’d need to replace the entire phone if it is not modular. This also helps to minimize electronic waste.

A recently surfaced patent shows that Xiaomi is planning to jump on the modular smartphone bandwagon. Last week, the Chinese handset maker was awarded a patent for a rotating pop-up camera and a dual slider smartphone.

In February 2020, Xiaomi had a patent pending with the USPTO (the United States Patent and Trademark Office) for an electronic device. on April 29, the documentation was revealed.

Moreover, the documentation is also included in the WIPO (World Intellectual Property Organization) database. This ensures worldwide protection of the patented technology.

The recently unveiled documentation divulges details about a Xiaomi smartphone. The device features three modules. The function may vary per module

Dutch graphic designer Jermaine Smit (Concept Creator) made some product renders for LetsGoDigital based on the Xiaomi patent. Aside from the two patented designs, Smit made a third variant.

The second module (middle part) includes the battery. The third module forms the underside of the telephone. The easy-to-interchange modules can provide additional functions such as a zoom camera module.

Xiaomi’s unique and futuristic phone adopts a sliding mechanism that operates in two directions. A portion of the device can slide from the left as well as the right side of the phone. This explains the dual side sliding moniker.

A camera module appears when you slide the device to the right. When you move the left portion of the slider mechanism, you can see a smaller secondary display.

Although the secondary display is narrow, it is as tall as the primary display. The Xiaomi modular smartphone looks similar to other devices in the market, but it has a display that covers the entire front area, GizmoChina reported.

There is no front camera or any other seams, although the camera is located on the sliding mechanism.

The back panel does not feature a rear camera module. However, the image sensors are located on the slider mechanism.

Upfront, there are three cutouts, and the rear features four cutouts. This gives the Xiaomi modular smartphone a distinctly minimalistic outward appearance.

Xiaomi has still neither confirmed nor denied that it is working on such a device. However, the company has a reputation for making innovative smartphone designs so we are likely to see a concept shortly. 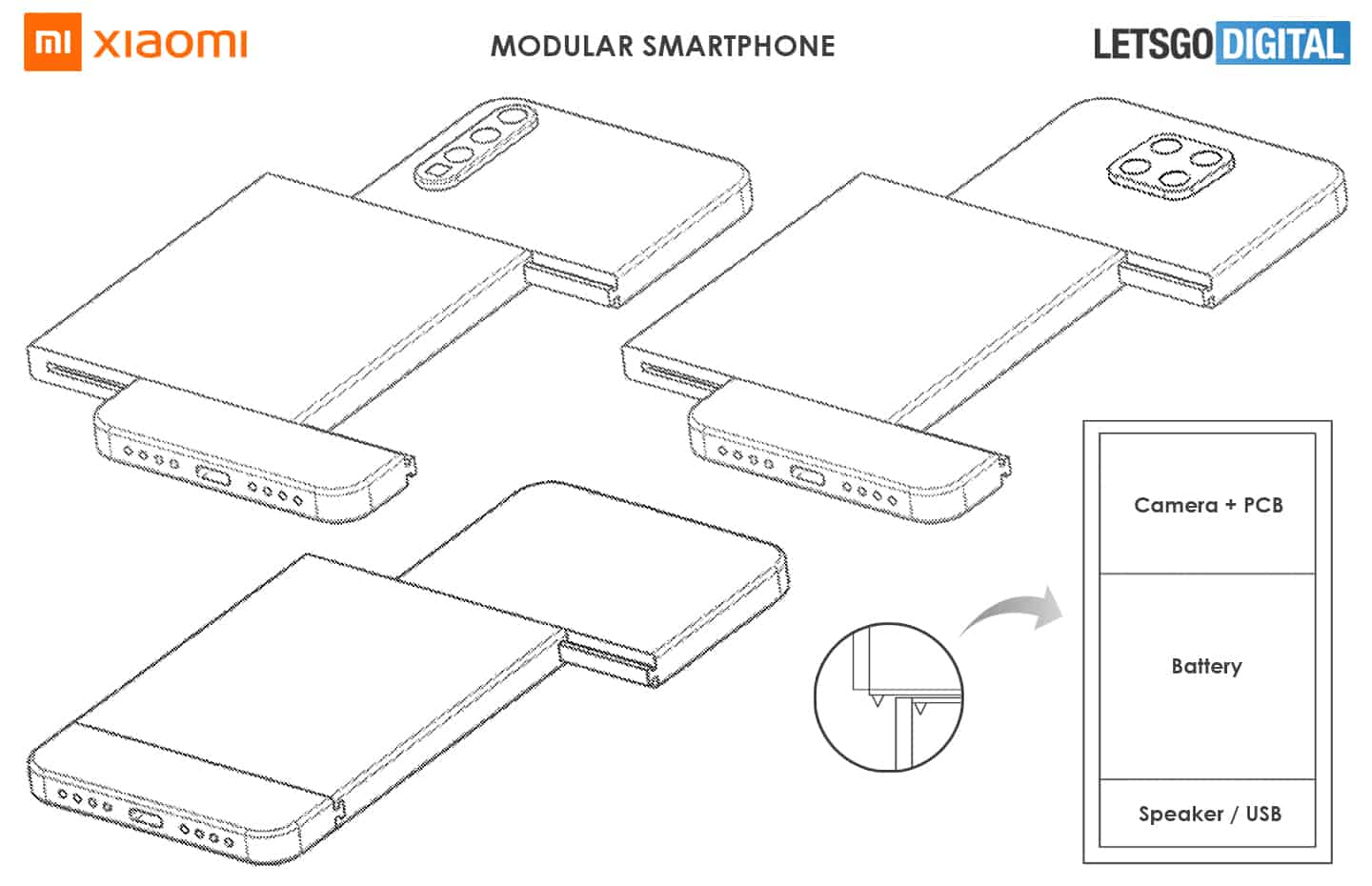