Twitter announced on May 5 that it wants users to Tweet with consideration. Twitter wants to discourage rudeness with its prompts that the company began testing in 2020. The social media company says that based on feedback they have made some improvements to help them reach their goal.

The prompts that pop up give users a chance to fix their tweet by asking if they want to review it before tweeting. The idea is to show users that their tweets can potentially harmful to others. Users can receive this prompt if their tweet has insults, strong language, or hateful remarks.

Twitter has improved the accuracy of this algorithm by tests and analyzing the results from users. The company found a few things that helped them revamp the algorithm. They learned that 34% of users revised or did not send their initial reply.

The company also learned that after being prompted once users composed fewer offensive replies in the future. With this knowledge, Twitter was able to tweak the algorithm in a few key ways. These include making the algorithm consider the nature of the relationship between the author and replier.

Twitter wants to discourage rudeness with its updated prompts

In doing this, the algorithm will look at how often the two parties interact with each other. It will be able to decide if the two parties are good friends and usually communicate back forth. The example Twitter gives is that if the two accounts often communicate there is a high likelihood they better understand the preferred tone of the conversation.

Another key adjustment is the algorithm can now better account for certain situations. These situations are those in which language may be reclaimed by underrepresented communities and used in non-harmful ways.

The algorithm will now be able to better detect strong language including profanity. This is good because there are sometimes when a tweet may not be attacking someone. But, the language could still inadvertently offend someone who may come across it.

Lastly, the company created an easier way for people to communicate if the prompt is helpful or relevant. This will help Twitter continue to tweak the algorithm moving forward. In addition, Twitter says they will continue to work and improve upon the algorithm.

The company says that they will continue to collect feedback from people on the platform who have received these prompts. This overall is a good move by the company. Social media can definitely be toxic. As a result, those users who just want to express themselves and have fun on the platform can find themselves in situations where they can get hurt. Kudos to Twitter for trying to make things better. 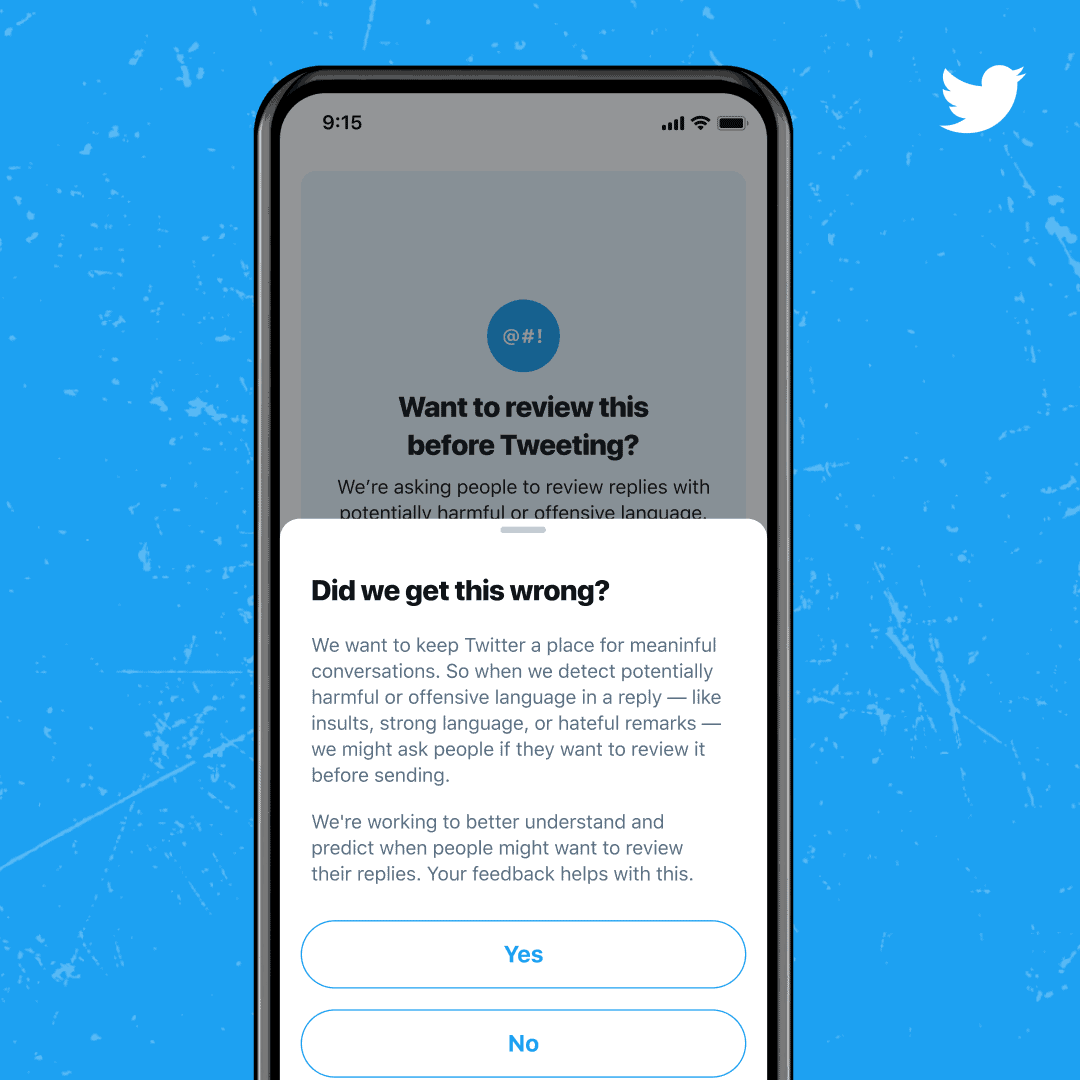 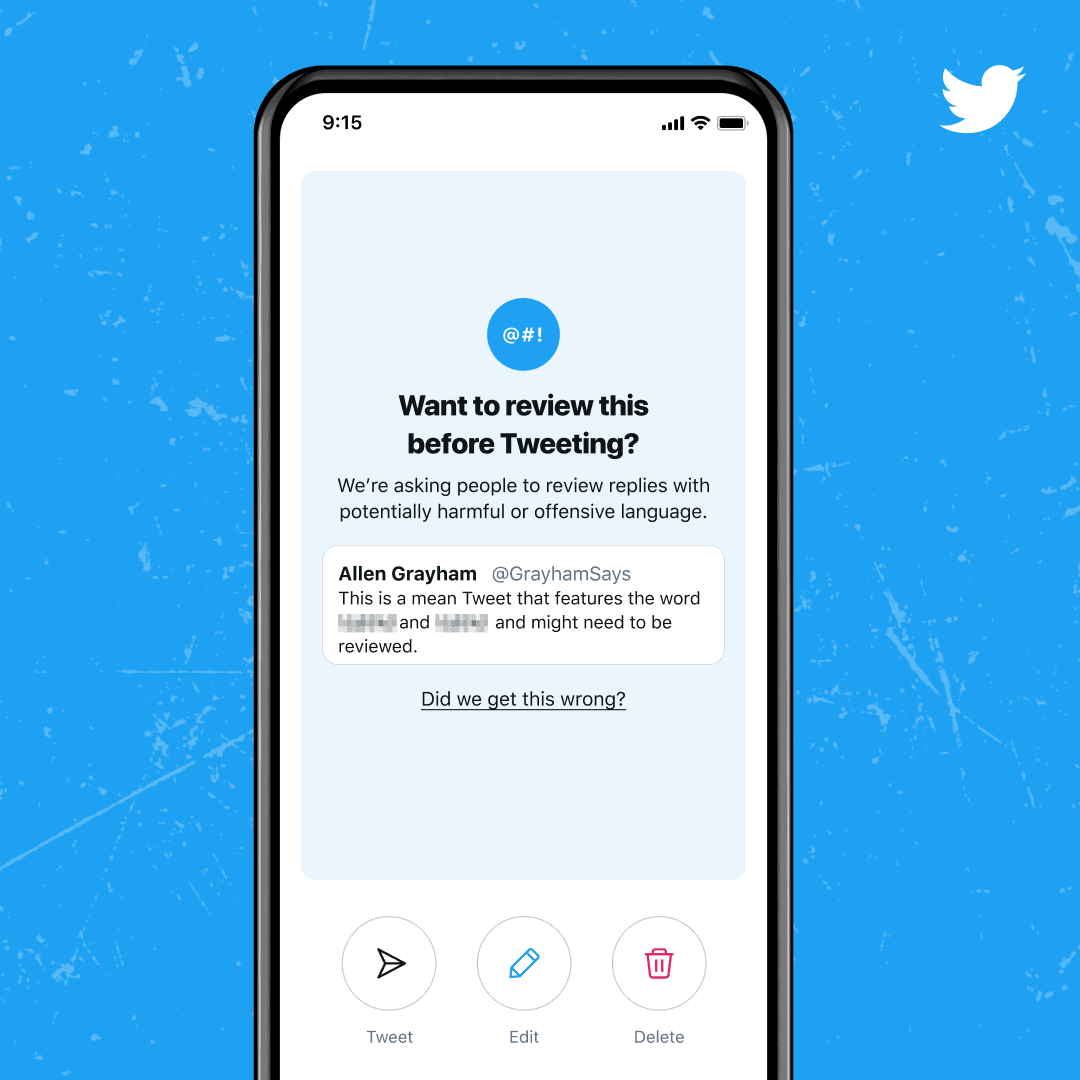 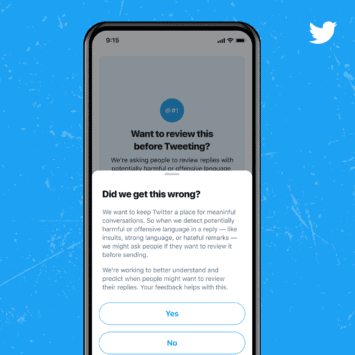 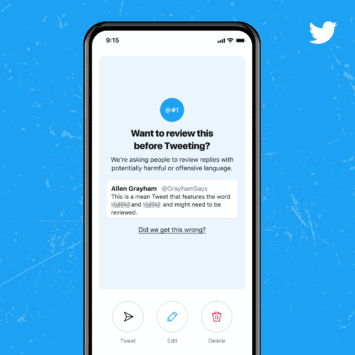