According to a new report by the Sensor Tower, TikTok is still the most popular Android app out there. The company released a report for April 2021, which essentially includes worldwide information when it comes to apps.

TikTok is the most popular app across both Android & iOS platforms

Let’s take a look at the overall downloads section first, shall we. TikTok is leading the pack, and is followed by four Facebook apps. Those apps are Facebook, Instagram, WhatsApp, and Facebook Messenger. Snapchat is sixth, and is followed by ZOOM, Telegram, CapCut, and Google Meet. We did not expect to see Google Meet on this list, but there you go.

ZOOM has taken the seventh place on this list as well, and Telegram is right behind it. Google Meet rates even higher here, as it’s ninth-placed, and is followed by the Hotstar app. The App Store list is not much different, as you can see in the image below.

Sensor Tower reports that TikTok has been downloaded more than 59 million times in April 2021. Facebook is not that far behind with 53 million downloads, by the way. That goes for both platforms.

TikTok has been topping the charts for quite some time now. The app / service is immensely popular, and still going strong. The same goes for a number of Facebook apps that you’ll see on this list. We don’t really expect to drastically change anytime soon, but we’ll see. 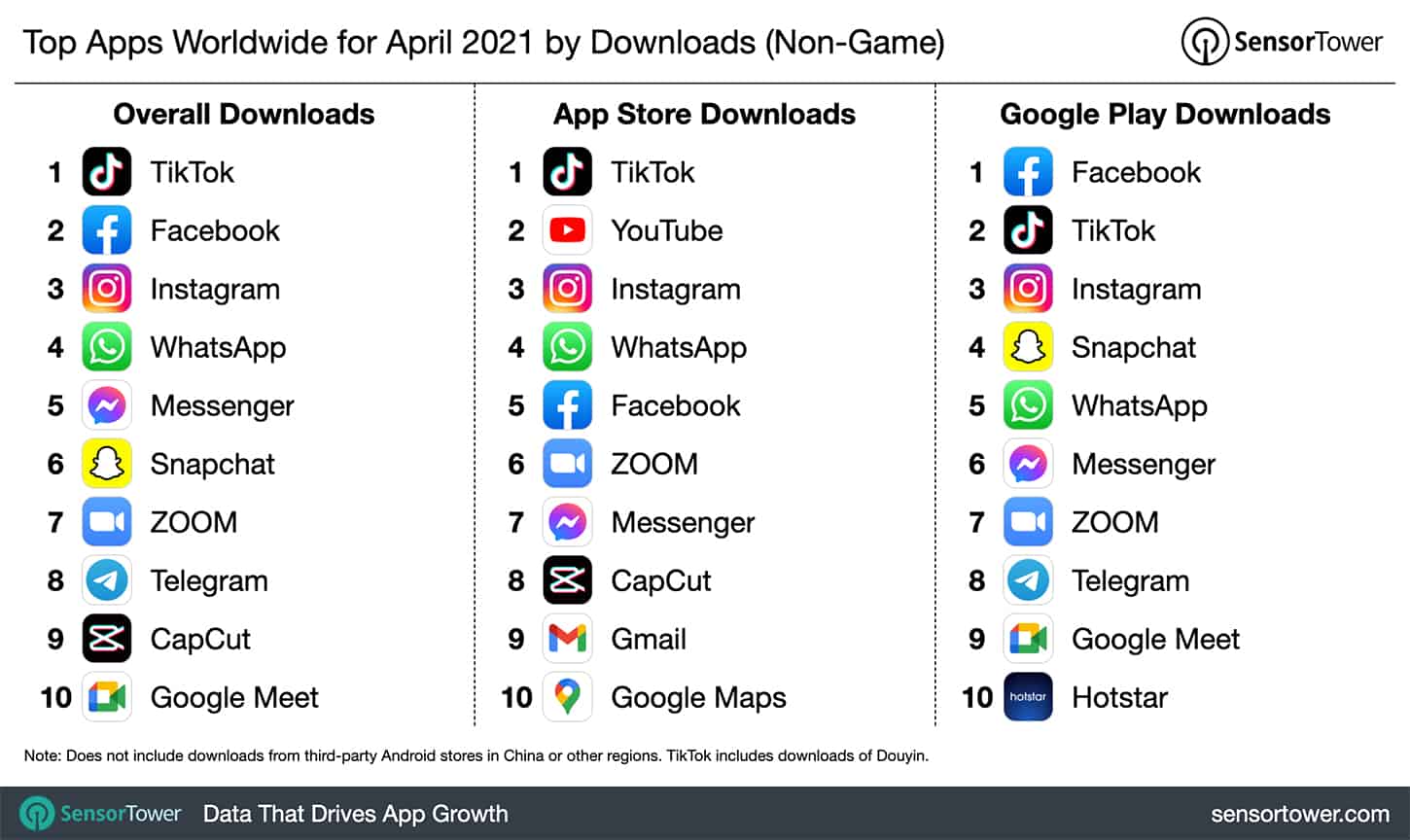