It’s not exactly a secret that people spend too much time on their phones, and it’s always interesting to check out some stats. This time around, we’re focusing on the U.S., as smartphone addiction has been shown in numbers.

This report comes from Reviews.org, and it shares some interesting numbers. The survey is based on 1,000 Americans aged 18 and older. First and foremost, let’s just say that, on average, Americans check their phones 262 times a day. That essentially means that you’re doing it once every 5.5 minutes.

Smartphone addiction is obvious from these numbers, at least in the U.S.

If you thought those numbers are interesting, we’re only getting started. 43-percent of Americans claim that their phone is their most valuable possession. 83-percent of them feel uneasy leaving their phone at home, and 54-percent panic when their cell phone battery goes below 20-percent.

Not many people use alarm clocks anymore, it seems, at least not dedicated ones. 83-percent of Americans use their phone as an alarm clock, while a whopping 62-percent say they sleep with their phone at night.

Check out the image below for some additional tidbits that are quite interesting. If you’d like to check out the full report, click here. 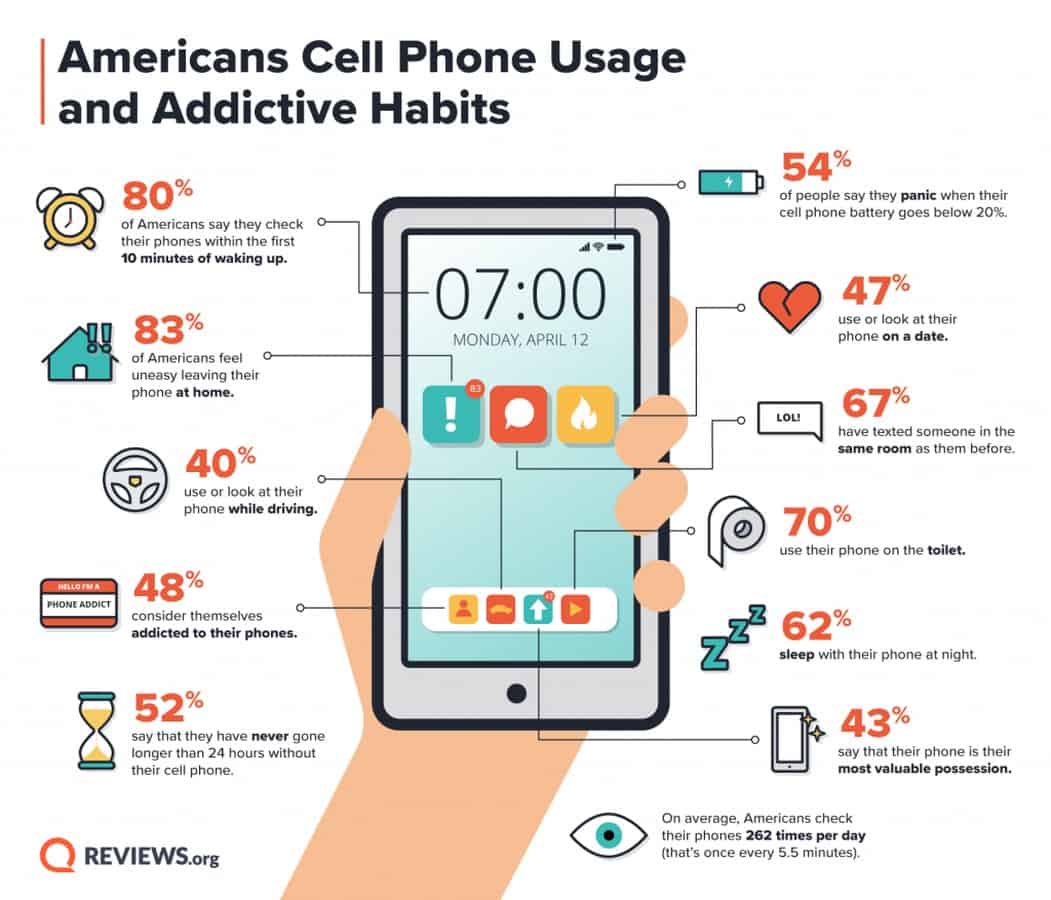