Samsung’s Quick Share app is an app that lets you seamlessly share files between Samsung devices. Now, the app is now on the Windows store, letting you share files from your mobile Samsung device to your Samsung computer. Sources indicating this includes a tweet from Aggiornamenti Lumia on Twitter.

One of the paramount issues of doing business on multiple devices is transferring files between those devices. It only gets harder when those devices are running different operating systems. Samsung aims to alleviate this with their Quick Share app.

It’s an app that lets you quickly and easily transfer files between your Samsung devices. This eliminates the need to dig into the Bluetooth settings or use external services like Google Drive or Dropbox.

Having this app on the Windows platform breaks down the barrier between Windows and Android. While there are about a thousand different ways that files can be transferred between computers and phones, Quick Share provides an easy and unified method of transferring files.

A screenshot from Aggiornamenti Lumia shows that you can share files between multiple devices and contacts that you have saved. There’s also the option to simply drag and drop files to the device that you want to receive it.

While Quick Share sounds like a versatile tool, there’s a drawback. According to XDA Developers, there is a pretty limited selection of devices that can use it. Firstly, this can only work with Samsung devices. This isn’t a huge problem for people who are into Samsung’s ecosystem, but other folks will be really disappointed.

Secondly, the pool of Samsung devices that can use Quick Share is also pretty small. The Galaxy device can’t be on any version of Android older than Android 10. They also must be running OneUI version 2.1 or higher.

This limits the number of users who will be able to capitalize on such an enticing tool. However, if you are into the Samsung ecosystem and you have compatible devices, then the Quick Share Windows app should be a great asset to your business pursuits. 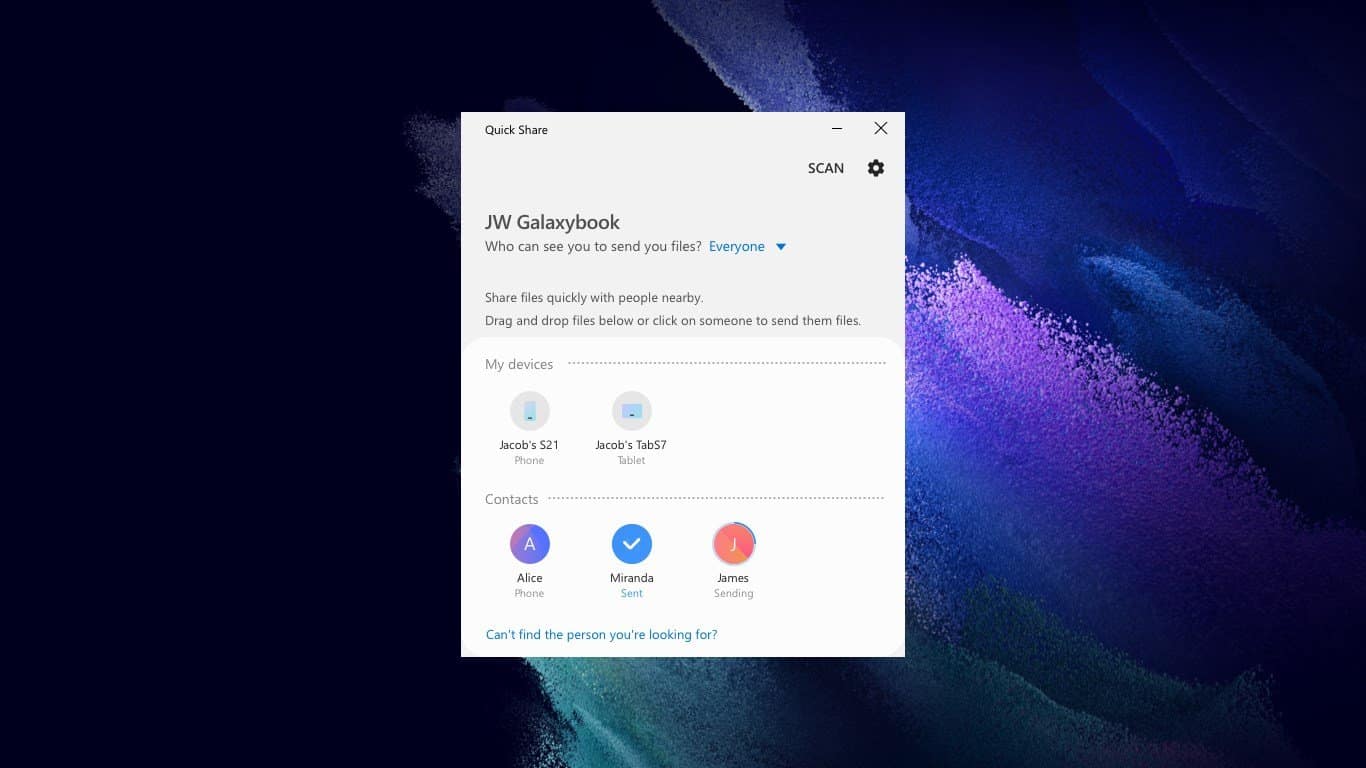