Samsung is never a company to stay silent for long. Just recently, the Korean OEM showcased some new display technology at Display Week 2021. During the keynote that Samsung gave, it revealed a new double folding screen technology, sliding technology, a new foldable tablet, and an under-display camera. This news comes to us from a Samsung blog post. 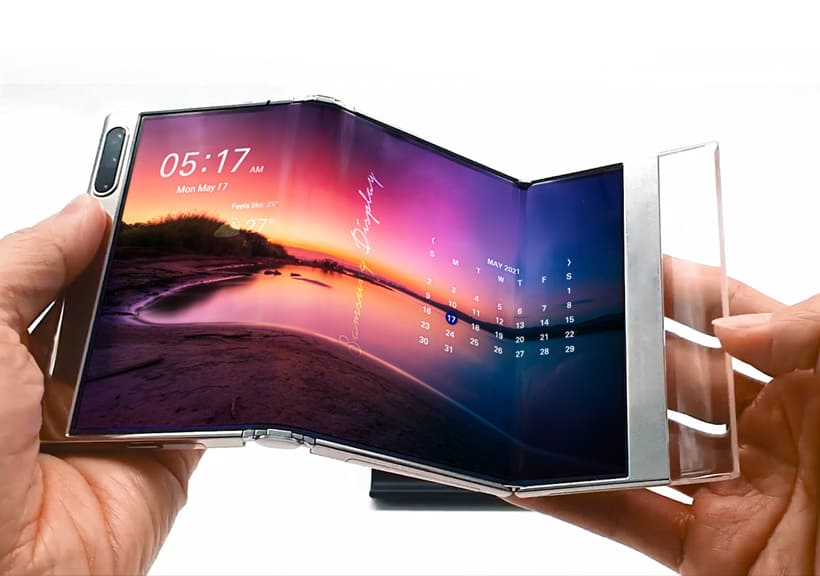 Starting off the news is a concept for a phone that folds, not once, but twice. In the image, we see a lot going on with the phone. What first pops out would be the double crease running parallel down the phone. When fully opened, it looks like the aspect ratio will be close to that of 16:9.

On the left-most edge of the phone, we see a metallic bezel that houses the camera package. This will most likely act as both the main and selfie cameras for the phone. 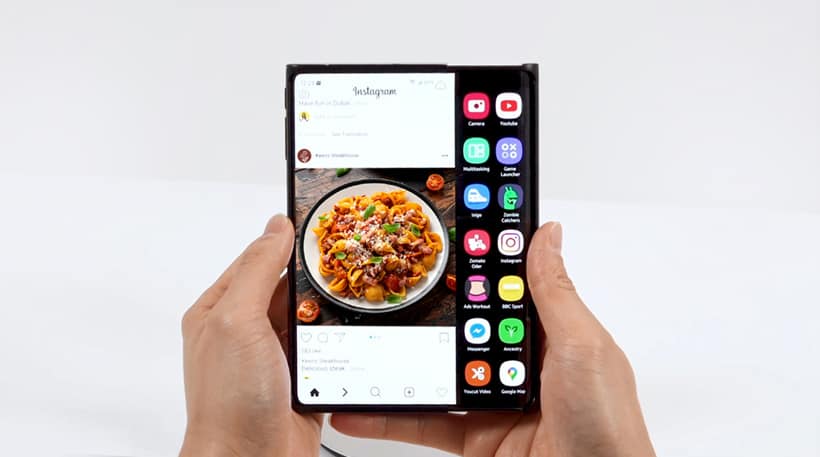 With LG out of the running, we’re seeing an empty space in the market for sliding phones. Samsung, it seems, has thrown in its chips on the technology. The concept that was seen is for a phone that doesn’t fold, but just extends. The image doesn’t show as dramatic of an extension as seen with the double-folding phone.

There’s also the profile of a typical smartphone with about 1.5 to 2 inches of added width when the phone is slid open. This feature doesn’t seem like it will be for the purpose of content consumption like with folding displays. Also visible a shelf of apps on the side that can be accessed easily.

There’s a 17-inch folding tablet too 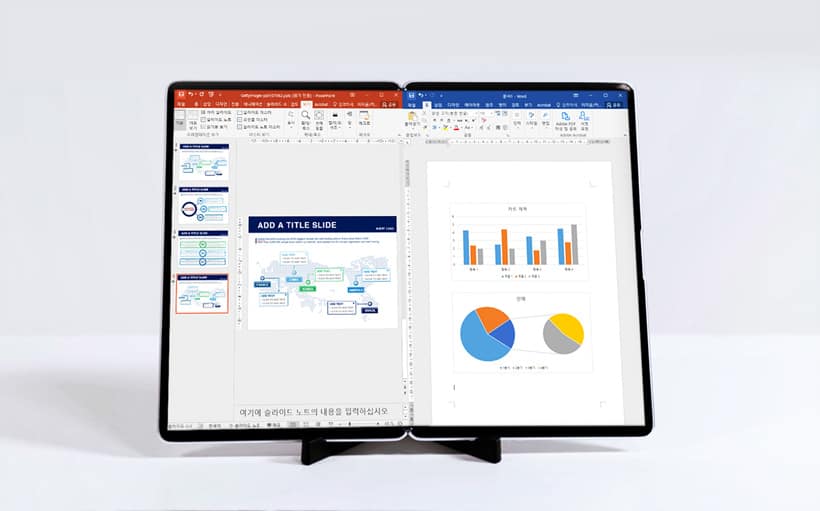 We’re used to the notion that unfolding a phone can make it tablet-sized, but Samsung is looking to take that up a notch. The company showed off a tablet that, when unfolded, is a full 17-inches. This is undoubtedly for those who need maximum screen real estate to get their work done. When closed, it looks like it will have an aspect ratio close to 16:9. When opened, it will be closer to that of a 4:3 tablet, which seems to be the more preferred ratio for productivity.

Samsung also showed off a display with an under-panel camera 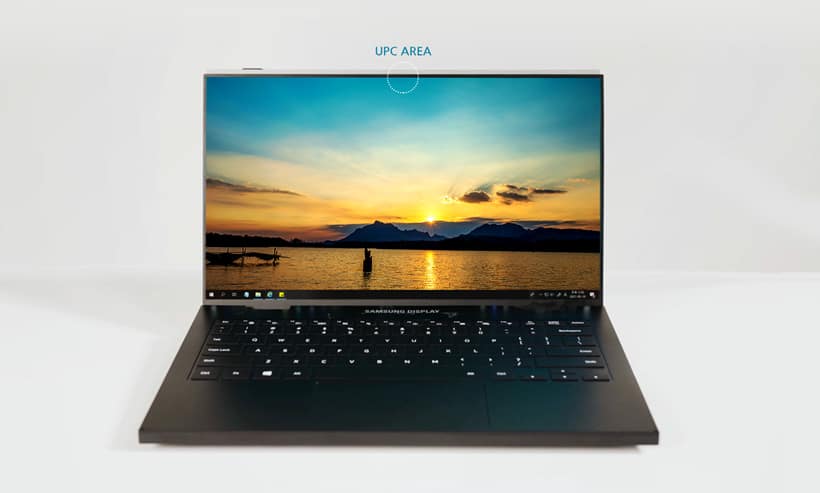 Along with folding displays, another frontier for the modern smartphone age is the under-panel camera (UPC). This is the last step to finally kill the notch/punch-hole and make the “Full display” phone a mainstream thing. This was shown off on a laptop, however. While this was shown off on a laptop, there’s nothing keeping Samsung from implementing the technology on its phone displays (maybe even the Galaxy Z Flip 3).