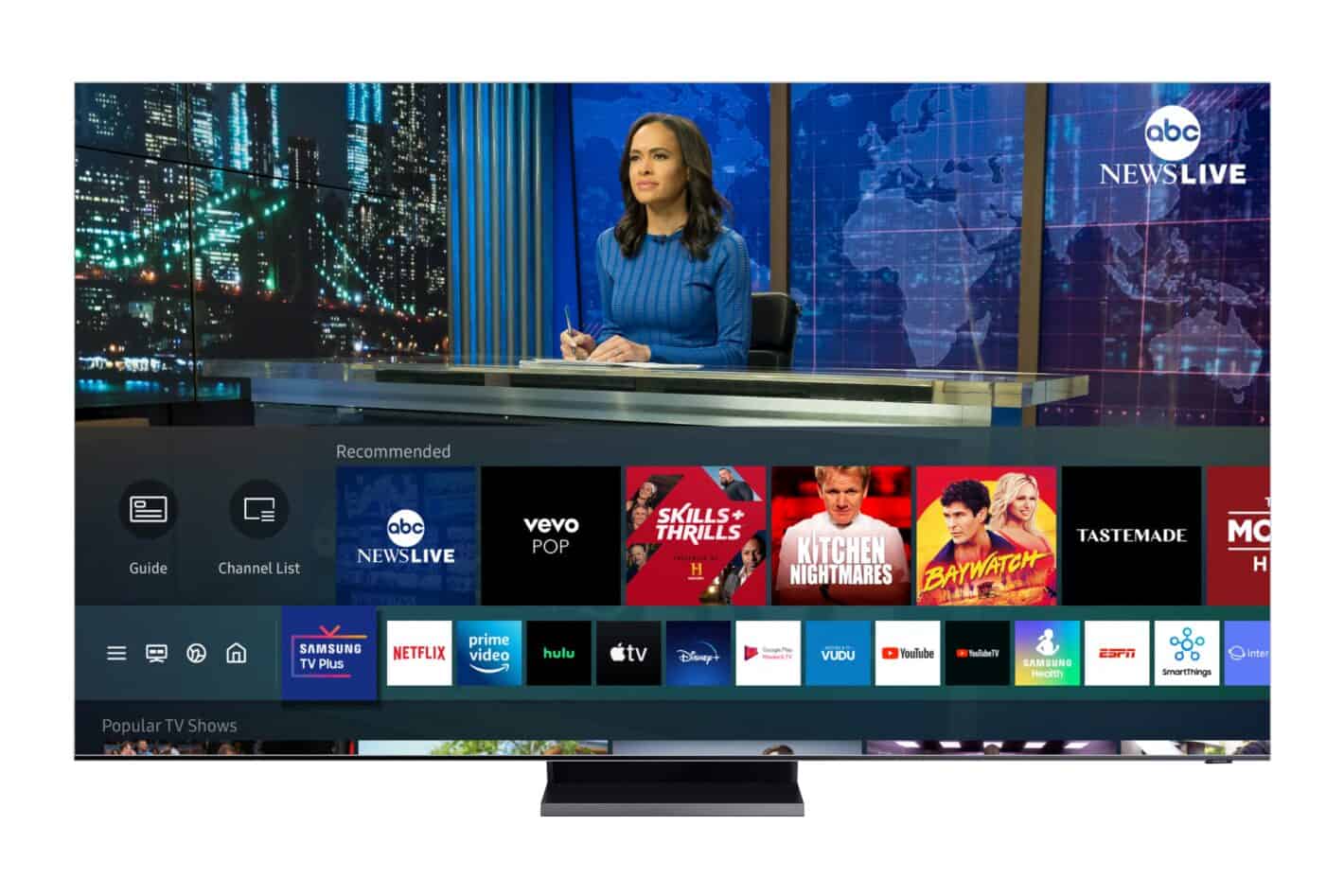 Samsung recently made it official that it will be adopting Google’s Wear OS for its next-generation smartwatches. The company has collaborated with Google to develop a new version of Wear OS that will replace Tizen in its wrist-worn devices going forward, starting with the upcoming Galaxy Watch 4 series. This led to speculations that Samsung is abandoning the Tizen platform altogether and merging it with Wear OS. But that’s not true. Tizen OS lives on and will continue to power Samsung’s TV lineup, the company has confirmed.

“Tizen still is the default platform for our smart TVs going forward,” a Samsung spokesperson told Protocol (via). No additional details were shared but this statement confirms that the latest Samsung-Google collaboration is exclusive to the development of Wear OS, at least for the time being.

Samsung did make Android-powered smartwatches in the past. However, since 2014, the company has only used Tizen OS. It even expanded the use of this platform to TVs, home appliances, and smartphones, though the latter project was short-lived with only four entry-level Tizen-powered smartphones ever coming out.

Now, six years later, Samsung is returning to Android for its smartwatches. This move should fix one of the main disadvantages of the Tizen platform: poor third-party app support. To ensure that its fans still get a familiar look and feel with the new Galaxy watches, the company will offer One UI on top of Wear OS. It will also offer its own functionality along with the core OS.

It’s a kind of win-win situation for Samsung and its customers. While customers will get the same look and feel they are already familiar with, Wear OS under the hood means it will be easier for developers to bring their apps to Samsung smartwatches. They don’t need to develop their apps again for the Tizen platform.

With Samsung getting so much control over Wear OS in its smartwatches, people started thinking that it could do the same with Android TV/Google TV for its Smart TVs that currently run Tizen OS. However, it turns out the company has no such plans. It will continue to use the Tizen platform for its TV lineup.

This doesn’t necessarily mean that Samsung will never switch to Google’s platform for its TVs though. This remains a possibility for the future. But for the time being, Tizen OS will continue to power Samsung TVs.