The Samsung Galaxy Watch 4 and Watch Active 4 just got registered in Korea (carrier database), and that fact basically confirmed their sizes, a tipster reports. What’s interesting, is that the listings report the same sizes to the ones previous-gen smartwatches offered, contrary to what we heard recently. 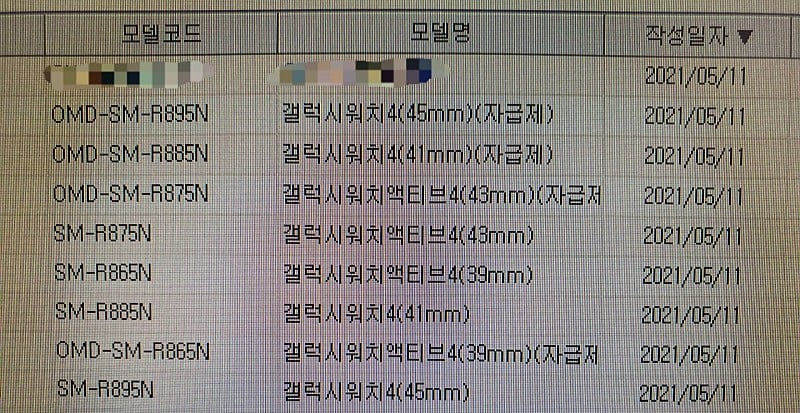 Do note that the model numbers may differ in other markets, as these ones are for Korea only. Sizes will almost certainly not differ, however, so this is what you can expect everywhere.

It was reported earlier this month that the Galaxy Watch 4 will arrive in 42mm and 46mm options. The Watch Active 4 was tipped to launch in 40mm and 42mm options.

Truth be said, that’s the difference that you wouldn’t even notice, but it seems like that won’t be the case at all. Samsung is looking to keep the sizes intact, at least based on this registration.

Both of those wearables are tipped to arrive in August

The Galaxy Watch 4 and Watch Active 4 smartwatches are rumored to arrive in August. The two watches could launch alongside the Galaxy Z Fold 3, Z Flip 3, and S21 FE. If that ends up happening, Samsung is planning to throw a mega event in August.

The Galaxy Z Fold 3 is set to replace the Galaxy Note handset, at least this year. It will be the first foldable from the company to support the S Pen stylus, and a special stylus is actually in the works for that phone.

The Z Flip 3 is also coming, with some improvements over its predecessor, while the Galaxy S21 FE is expected to become the company’s new affordable flagship. So, there will be something for everyone at this event, it seems.