Samsung has finally announced the Galaxy Tab S7 FE 5G. So many names leaked for this tablet that it was really easy to lose track. The company has finally settled on a name it seems, as the device is now official.

As you can see in the provided images, this tablet does have bezels all around, noticeable ones. They’re not too thick, but just thick enough for you to grip the tablet with ease. At least it seems like it thanks to these renders.

The Galaxy Tab S7 FE 5G comes with an S Pen, and a large display

There’s a place to dock the S Pen on the back of the tablet as well. It can be attached to its magnetically. The S Pen seems to ship with the device, and the tablet looks really nice in general.

Android 11 comes pre-installed on the device, along with Samsung’s One UI 3.1. On the back, you’ll find an 8-megapixel camera, while a 5-megapixel one is included on the front.

A 10,090mAh battery is included, along with 45W fast charging

The device has stereo speakers which are tuned by AKG. You’ll find Dolby Atmos support on the device as well.

The device got announced in Europe, and its pricing is official as well, at least for the base model. The Galaxy Tab S7 FE 5G comes in Black and Silver color variants. The 4GB RAM model is priced at €649 ($792), while we still don’t know the price for the 6GB RAM option. 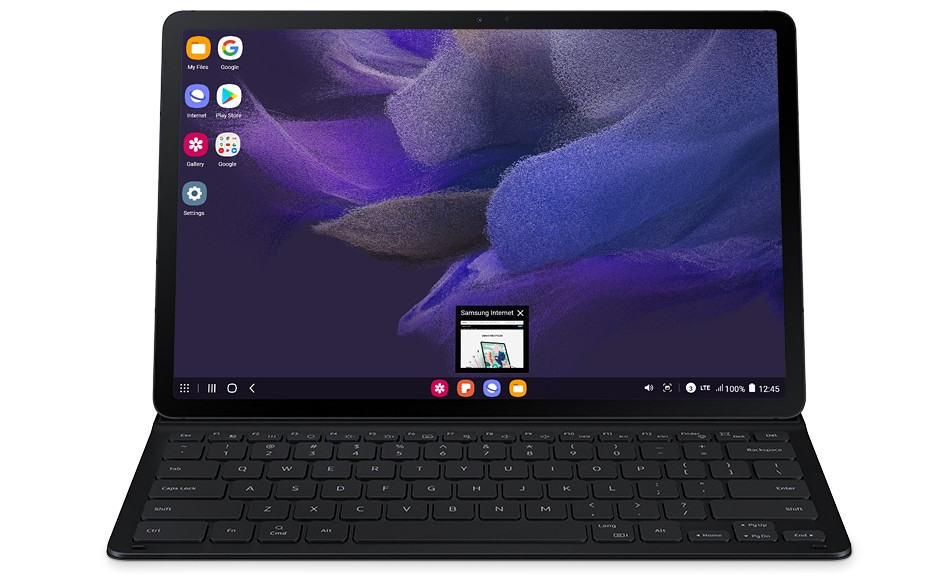 UPDATE: Samsung removed the listing from the site. So, it seems like someone pulled the trigger ahead of time.