Samsung is preparing to add a new member to its amazing lineup of truly wireless (TWS) earbuds soon. Called Galaxy Buds 2, the wearable has been subject to a few leaks over the past couple of months. Now we have some more information about the new pair of TWS buds from Samsung, thanks to an FCC listing. 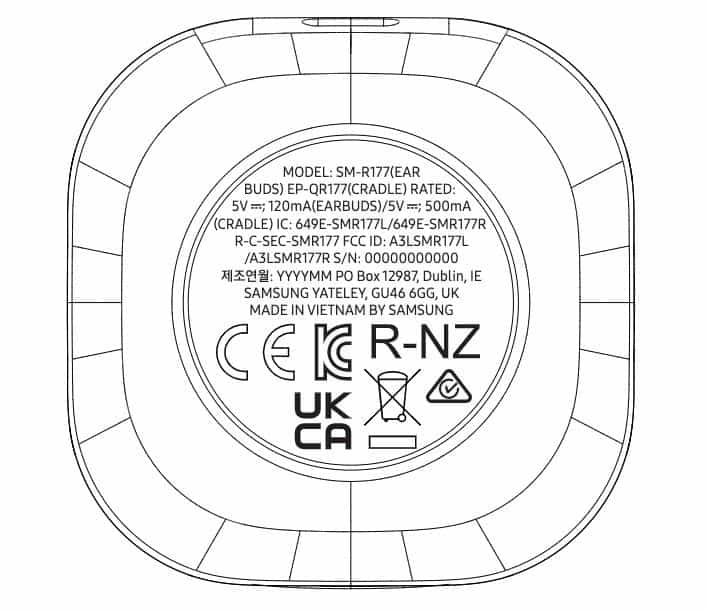 Unfortunately, we don’t have any information on the battery capacity of the buds as well as the charging case. However, recent reports suggest the new buds will get a slightly bigger case than that of the previous-gen models. So we may get a larger battery inside as well.

For reference, the Galaxy Buds+ packs an 85mAh battery in each bud. It can last for up to 11 hours on a single charge. The charging case houses a 270mAh battery inside and can supply another 11 hours’ worth of battery life. Expect the Galaxy Buds 2 to get a little more power from the case.

FCC has also shared a few live images of the Galaxy Buds 2. It seemingly follows the design language of the original Galaxy Buds, the device that it is said to succeed. A close inspection of the live image reveals the presence of an inward-facing microphone, an outward-facing microphone, metal connectors for charging, and a wear detection sensor on the upcoming Galaxy earbuds. The images show the new in-ear earphones in black color. Recent reports suggest the buds will also come in white, purple, and green color options, along with black, of course. Reference to Galaxy Buds 2 first appeared in an APK teardown of Samsung’s Galaxy Wearable app in March this year. A major leak followed in late April, revealing that the new buds will be Samsung’s cheapest yet. The wearable device would lack ANC (Active noise cancellation), something that’s missing from the original Galaxy Buds as well as the Galaxy Buds+. The FCC certification has now thrown in some more bits about the Galaxy Buds 2.

The certification is also an indication that we are nearing an official introduction of the new wearable device from Samsung. That could happen sometime next month if recent rumors are anything to go by. We will keep you updated with any new information that emerges in the following days.