Not many of you will like HMD Global’s revised Android 11 roadmap for Nokia smartphones. This roadmap got shared by a “staff member” on the community webpage (shown below the article), and it contains quite a few devices.

The Nokia 9 PureView is listed here, and the same goes for the Nokia 6.2 and 7.2. All three of those smartphones are expected to get Android 11 in Q3 this year. All of them were expected to receive the update in Q1-Q2, so HMD Global is a bit late.

So, all three phones will receive the update in July at the earliest, and September at the latest, if HMD Global ends up sticking to this release cycle.

That being said, quite a few Nokia smartphones are expected to get Android 11 before July comes knockin’. Based on the shared roadmap, the entry-level Nokia 1 Plus, 1.3, and 1.4 will get it.

It’s clear that HMD Global’s plans did not go according to plan in the update department. We’re not sure if the pandemic had something to do with that, but it is what it is.

Things are not exactly looking great for Nokia smartphones in general. Nokia’s market share in Europe halved in Q1 2021 YoY. Nokia basically failed to get Huawei’s users on its side, as they went mainly to Xiaomi and OnePlus, at least in Europe. Let’s see what will happen from this point on, though. 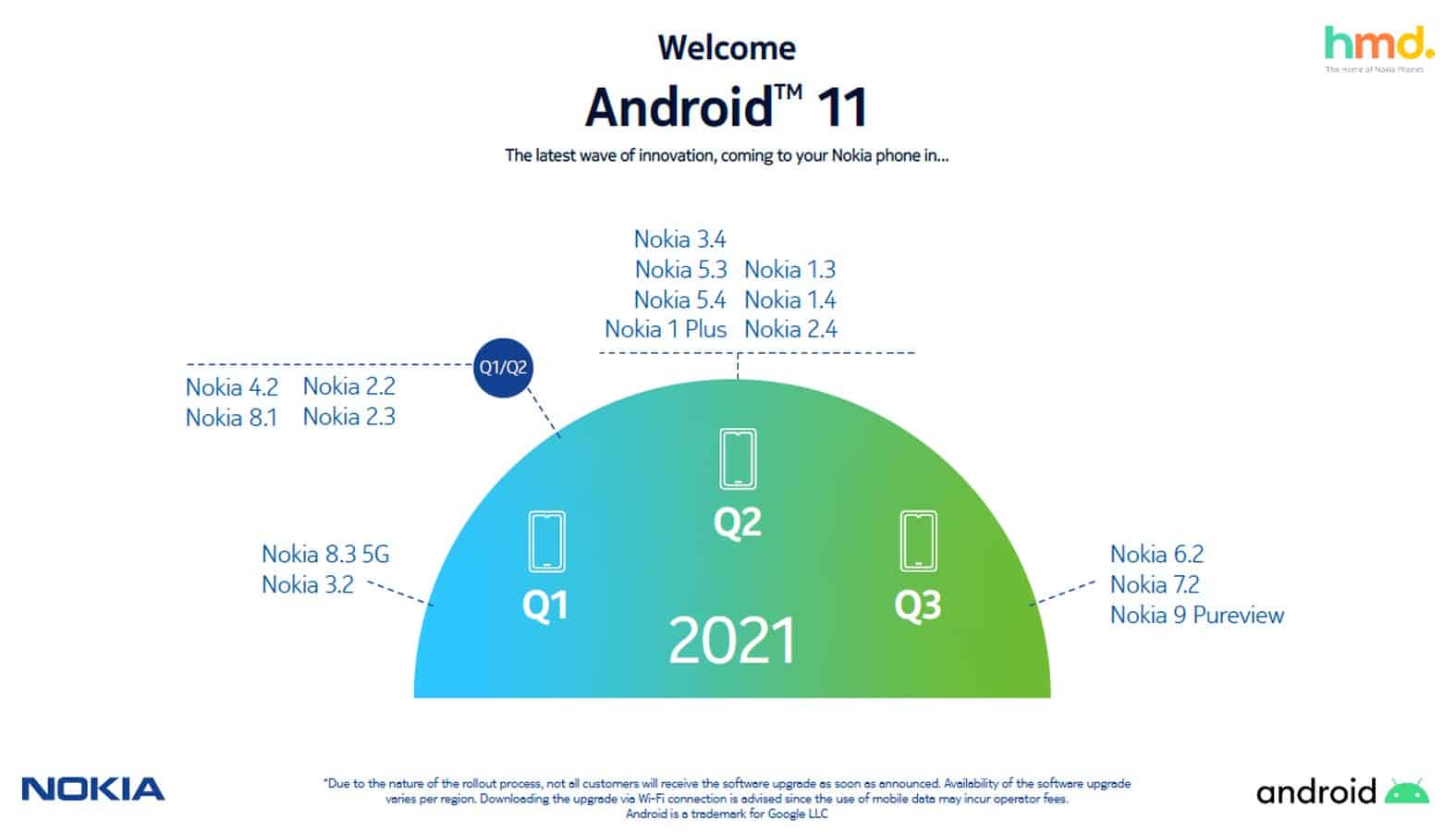