Philips has launched a new range of Android TV-powered budget OLED 4K TVs. The new Philips 7-Series OLED TVs consist of two models – OLED705 and OLED706. Both of them come in 55 and 65-inch sizes. These TVs were initially announced in January this year.

According to FlatPanelsHD, the Philips OLED705 is a 2020 model. However, it never made it to the market last year. The company is now launching it as part of its 2021 lineup. The new TV is available for purchase in several European markets including the UK and Germany. It will cost £980/€1100 for the 55-inch variant and £1450 for the bigger 65-inch size.

The Philips OLED706, meanwhile, is a 2021 model. It will also go on sale in Europe soon. Pricing details of this model are not known yet. Since it is slightly better-specced than the OLED705, it will naturally cost more though.

The new Philips OLED705 and OLED706 TVs feature flat OLED panels with a 100/120Hz refresh rate and a 4K resolution. They both come with multi-HDR support (HDR10, HLG, HDR10+, Dolby Vision) and 3-sided Ambilight. The two Philips TVs also feature a 2.1 speaker system. However, the OLED705 gets 40W speakers while the OLED706 gets a 50W setup.

While WiFi 5 can be found on both models, the OLED705 gets Bluetooth 4.2 as opposed to Bluetooth 5.0 on OLED706. The latter also features three USB ports (two on the former). Moreover, the OLED706 supports HDMI 2.1 while the other model only gets the HDMI 2.0 standard, with up to 1080p120 and 4K60 support. They both have four HDMI ports and Philips’ P5 video processor, with MPEG4/2, HEVC, VP9, and AV1 (only on OLED706) decoding. The OLED705 also lacks support for HDMI eARC, high frame rate (HFR), and anti-burn-in technology.

The new Philips OLED 4K TVs both run on top of Google’s Android TV platform. However, the former gets Android TV 9.0 while the latter runs Android TV 10.0. Kind of confirms that the OLED705 is a 2020 model. They also reportedly get the older UI and not the latest Google TV version. You will still get access to services like Netflix, Disney+, and Amazon Prime Video, of course.

The latest 7-Series OLED 4K TVs from Philips also have built-in Chromecast and other Google features but both lack AirPlay2 and HomeKit support. They are both wall-mountable, VESA-compatible TVs. In terms of voice assistants, you are getting Google Assistant and Amazon Alexa on both Philips OLED705 and OLED706. 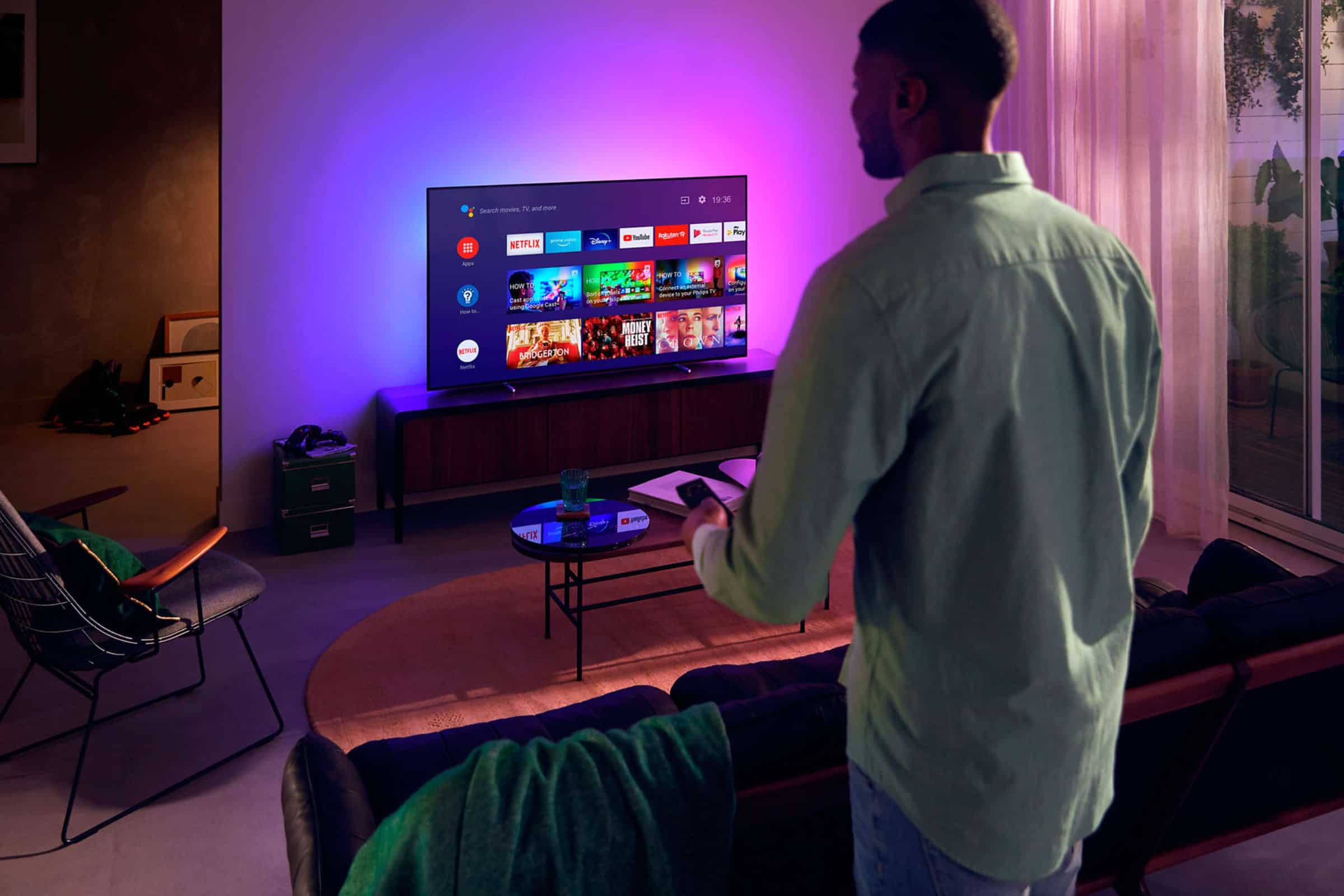