A comfortable, affordable pair of headphones that excel on bass.

Panasonic is a household name in consumer electronics, but you might not know it makes wireless headphones like the Mighty Bass RB-M500B. And that would be understandable. As these aren’t exactly getting all the attention when it comes to wireless headphones.

But while these might not be the center of attention like the Bose QuietComfort 35 II or the Sony XM4, there’s something to be said for what Panasonic has created with the Mighty Bass RB-M500B.

The headphones are affordable and as Panasonic claims, they are indeed featherlight on your head. To my surprise, these were quite comfortable to wear. Which is especially important if you plan to wear them for extended periods of time. But how do these stack up in the grand scheme of things?

Sure they’re affordable, but do they deserve your hard earned money? Even if you do have to spend less of it to snag a pair of these compared to the competition? Well, they are worthy of someone’s hard earned money. Whether or not that’s you will depend on what you’re looking for in a pair of wireless headphones. 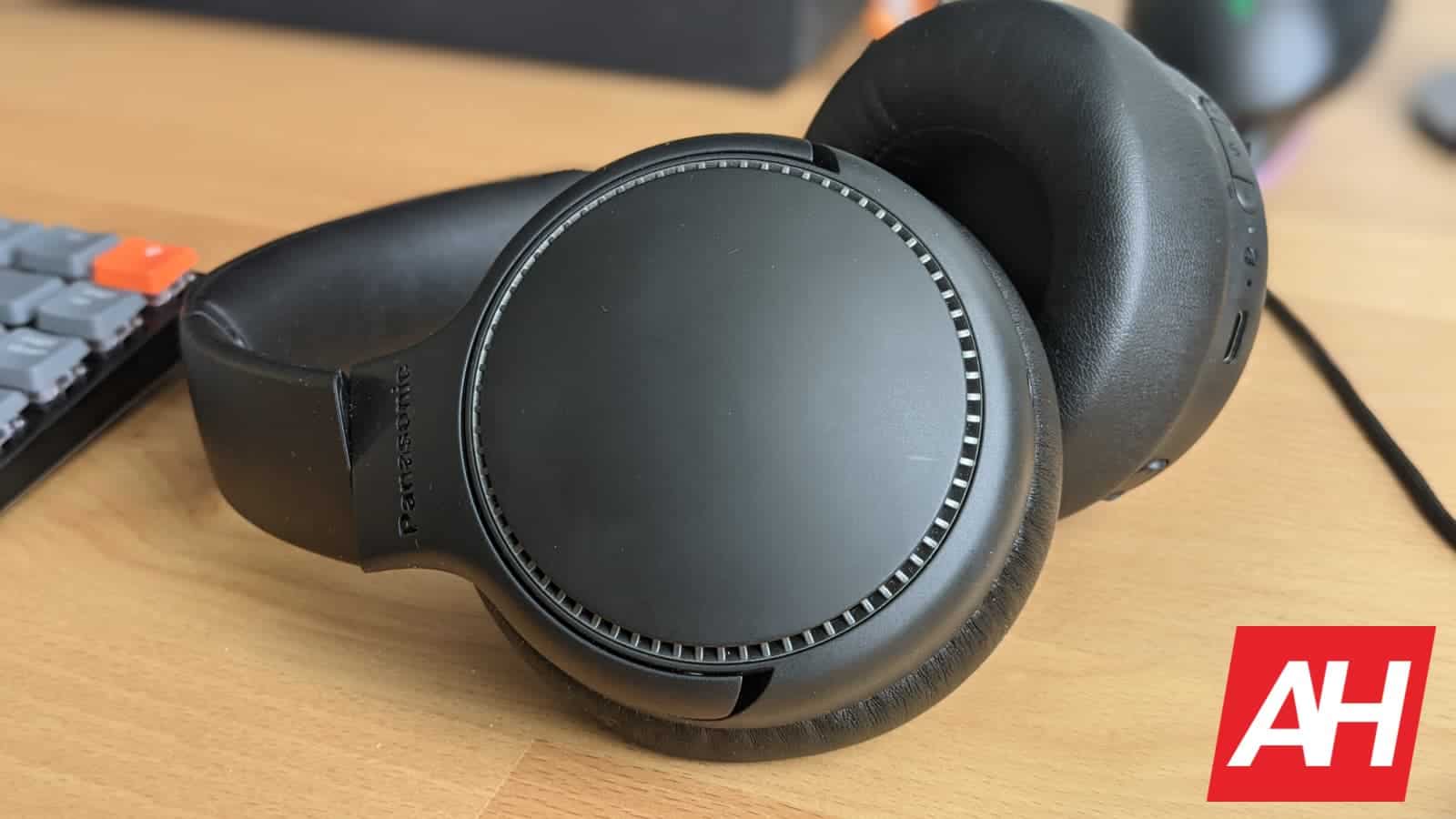 Normally these retail for $149.99, but they’re on sale for under $100 now. And that’s a fairly good price for what you get with these. Just as long as you know what to expect and what not to expect.

What you should expect is a featherlight, really comfortable pair of wireless headphones that will add lots of boom to your tunes. What you shouldn’t expect is the utmost in audio excellence. These sound fine. And there’s nothing to really be ashamed of about that.

Because if you’re buying these headphones, what you’re really after is the bass. Which these more than deliver on. What’s even better is that the bass doesn’t really distort the rest of the audio. So you get booming bass while retaining most of the audio clarity these offer when the bass level is at its lowest. Bass-ically, they kick pretty hard. 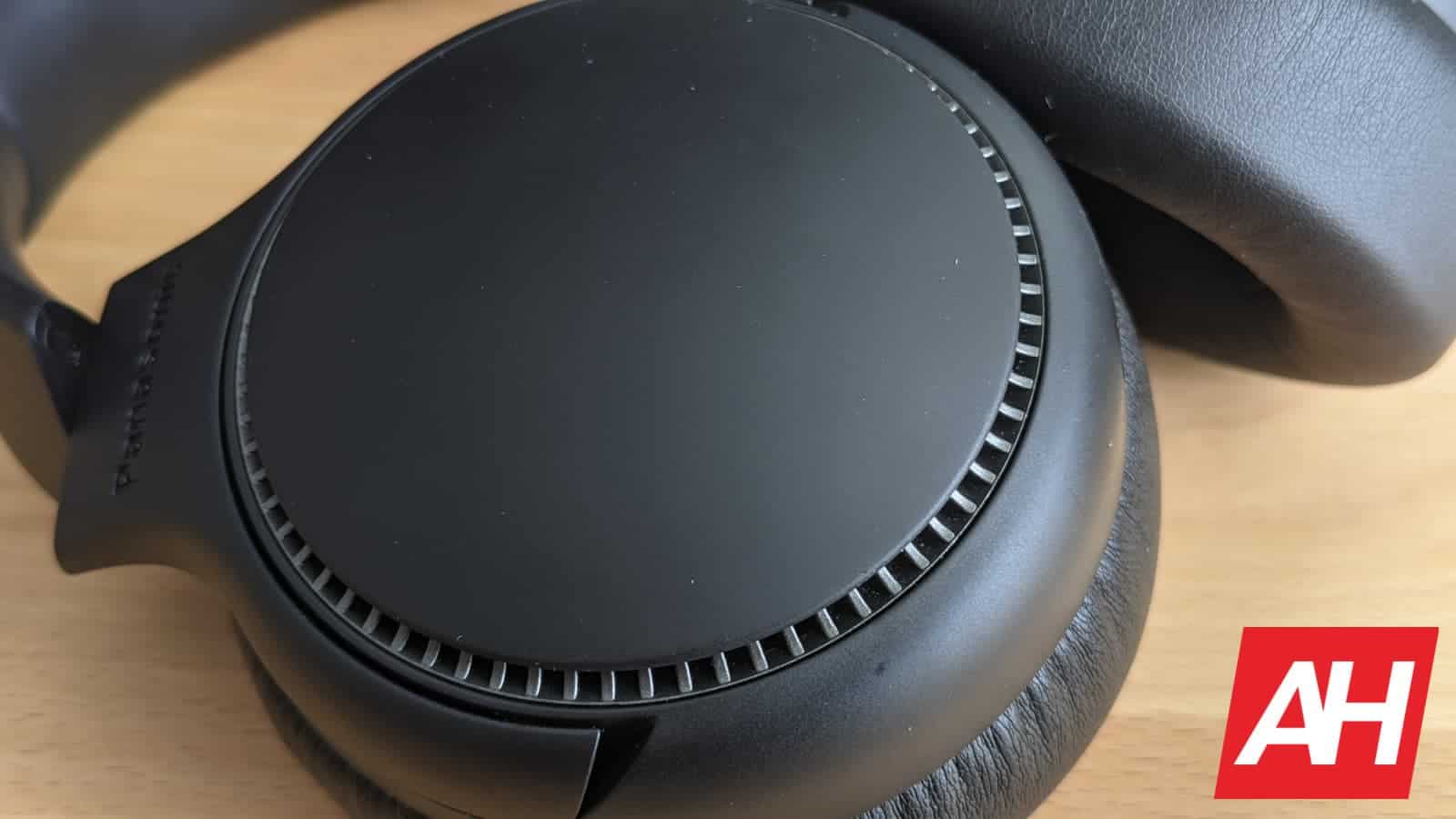 One of the biggest enemies of wireless headphones is poor battery life. Which is something you won’t find here. These deliver a rather great battery life so you can listen to your music for hours on end without needing a charge.

How many hours on end? A lot of hours on end. Up to 30 hours in total. Even if you listen to music with these wirelessly for 8 hours a day, you’ll still get nearly 4 days out of them before needing to plug them in. And even then if you want to continue listening beyond the dead batteries, you can simply plug them into a 3.5mm audio port. Provided the device you’re using these with offers one.

Panasonic also designed these with a 15-minute quick charge that gives you a 2-hour boost of listening time. Which might just be the boost you need until you can plug these in for a proper charge to get a full battery. Speaking of which, that takes about 4 hours.

Overall the battery life is pretty dang good. So you can use these without fear of them dying on you before the day is done.

Not the best headphones for travel 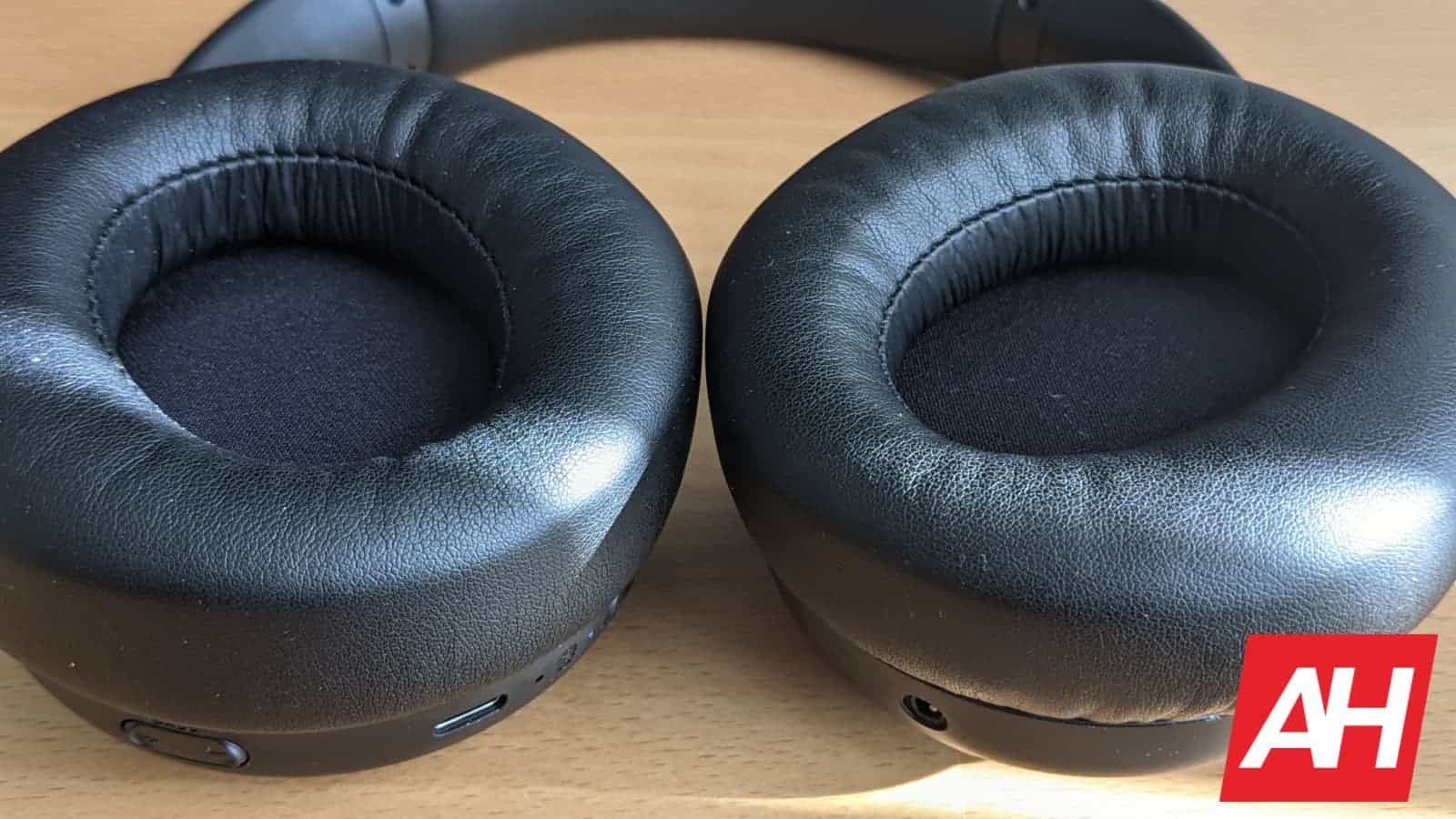 While you may be looking for a pair of wireless headphones you can simply wear around the house, these aren’t the best option if you want something that works great for travel.

There’s more than one reason for this too. For starters, they don’t store well. While they do offer swivel earcups, the don’t fold up so they take up more space in whatever bag you put them in. Your only other option is to keep them on your head or around your neck the whole time.

Secondly they don’t offer noise cancellation. So if you do actually use them for travel, expect to hear some of the sounds around you bleeding in. That is unless you turn the volume up so much it can drown out ambient noises. Which would be fine if you either aren’t worried about damaging your hearing or don’t mind the tinny sound you get when the volume is at too high of a level.

That being said, Panasonic does offer a model of these that come with ANC. We didn’t get to test these, so we don’t know how well it works. But it would at least offer you a way to block out noise while keeping the huge levels of bass these pump out.

If you like bass but also want to block out sound, the RB-M700B may be the model you want to shoot for. You do however give up some battery life on those ones as they only go up to 20 hours. 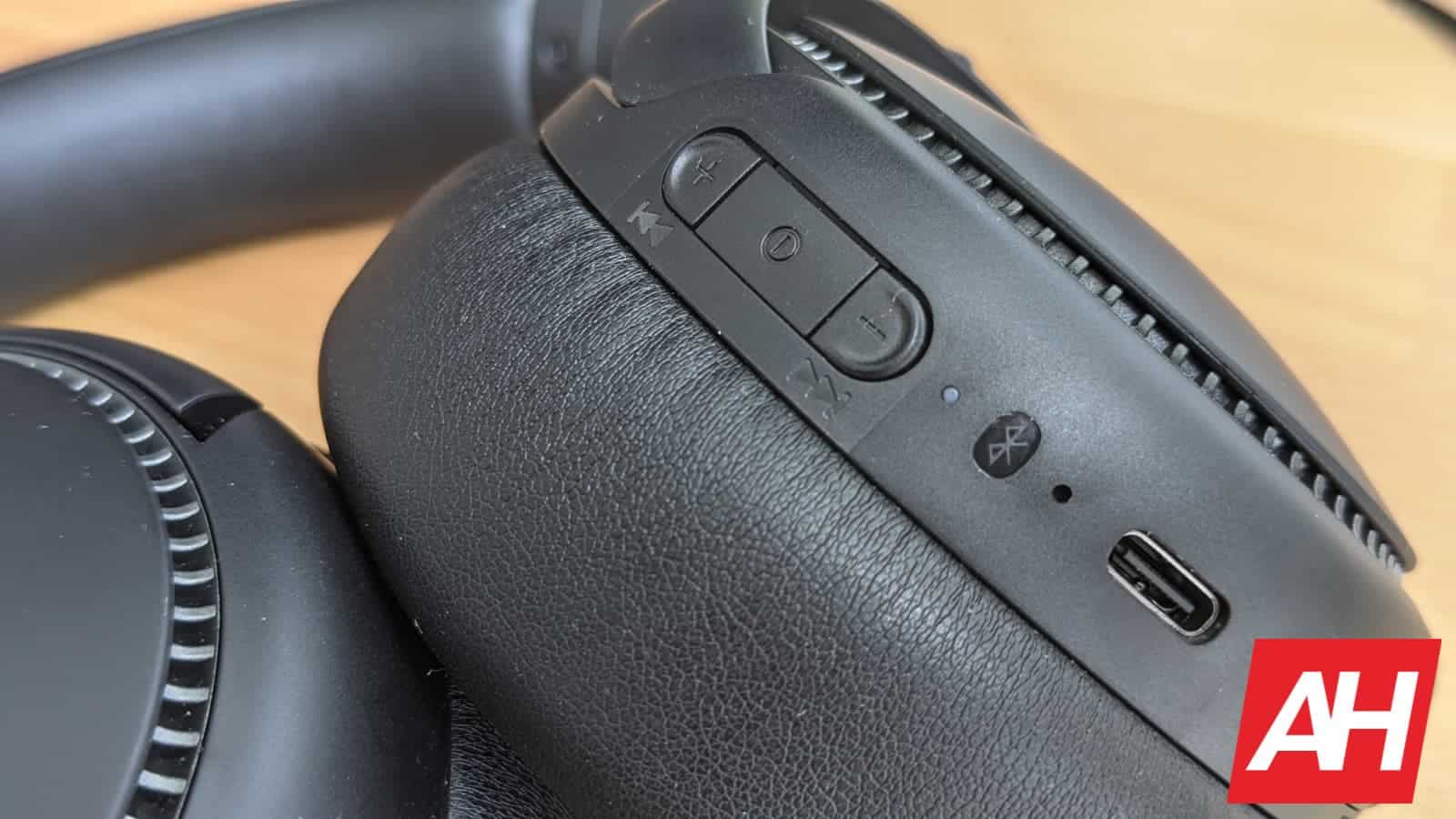 Just about every pair of wireless headphones comes with a built-in mic these days. So you can use these for calls if the opportunity arises. The mic sounds ok, so people will be able to hear you on the other end.

However after testing these with voice calls I was told that I didn’t sound as clear as I usually do. For comparison, I’ve been using the MW08 true wireless earbuds from Master & Dynamic for most of my hands-free voice calls. I come in extremely clear with these. With the RB-M500B less so, but they still work.

Perhaps more useful is the virtual assistant support. Need to ask Google a quick question? Go ahead. These will pick up the command and relay it to your phone. This also means you should be able to hear things like Google Maps navigation directions and other voice-guided features that tap into Google Assistant.

Which  makes these kind of nice for walking around town while using any hands-free features that your phone offers. The mic isn’t going to win any awards but it’s not bad either.

The audio controls could use some work 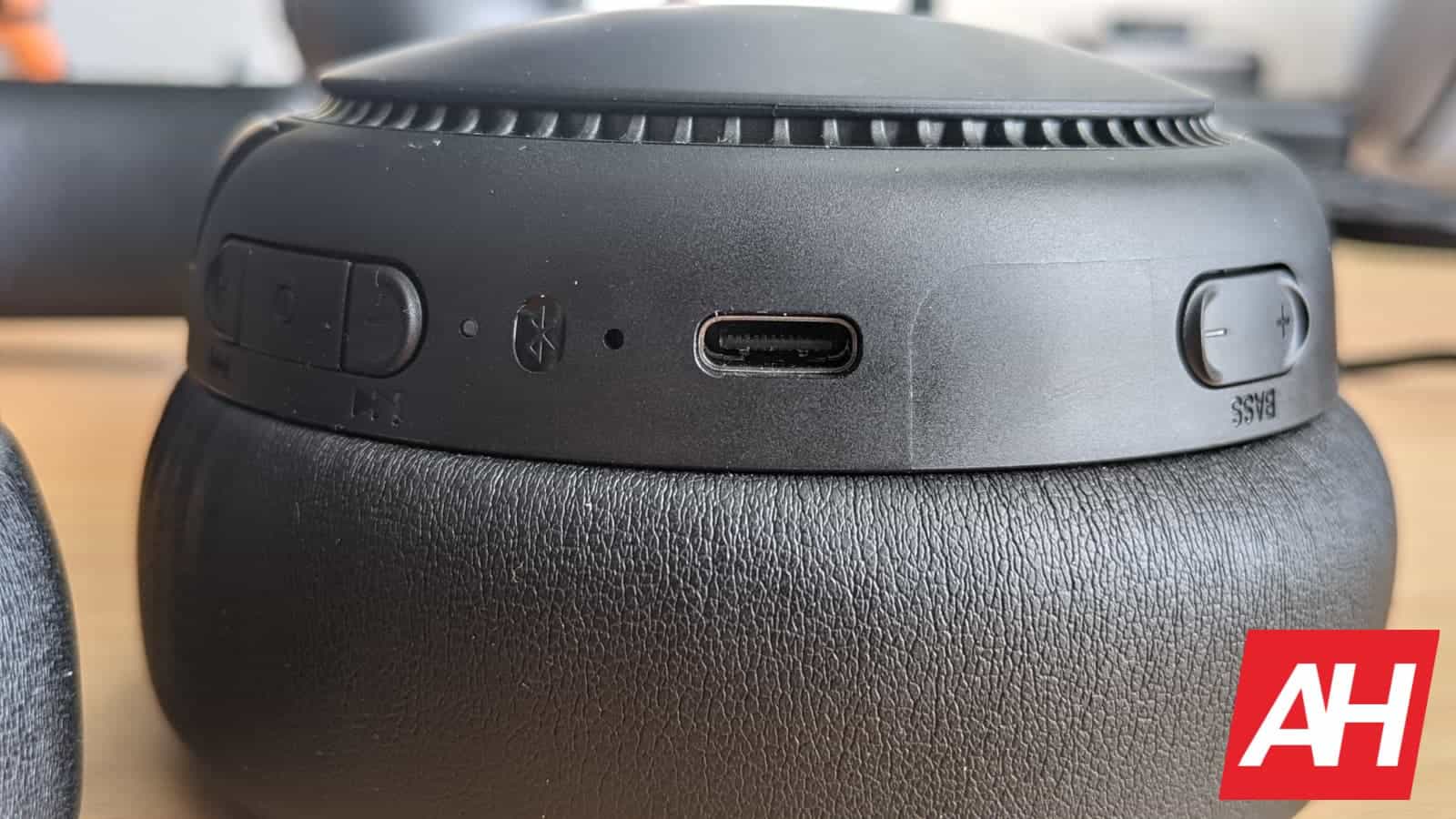 If there’s anything on this pair of headphones I would change it’s the audio controls. This is not Panasonic’s best work.

The buttons are rather flat with very little to distinguish one from another. So sometimes I would end up pressing the mic button instead of the volume up or down. The bigger annoyance though is the placement of the bass buttons.

To hit the bass buttons on these, you either extend your thumb much further towards the front or make the attempt to use your pinky. Which might not be an issue for you if your pinky is exceptionally long.

The point is using these controls just doesn’t feel satisfying at all. Or as easy as it could be. Even going so far as to move the bass buttons to the left ear in the same position as the volume buttons on the right ear would have made a monumental difference.

Alas, that isn’t the route Panasonic chose. To be clear, all the buttons are completely usable. But there could have been a better implementation. So hopefully this gets changed on a future model.

A simple aesthetic that is focused more on comfort than design 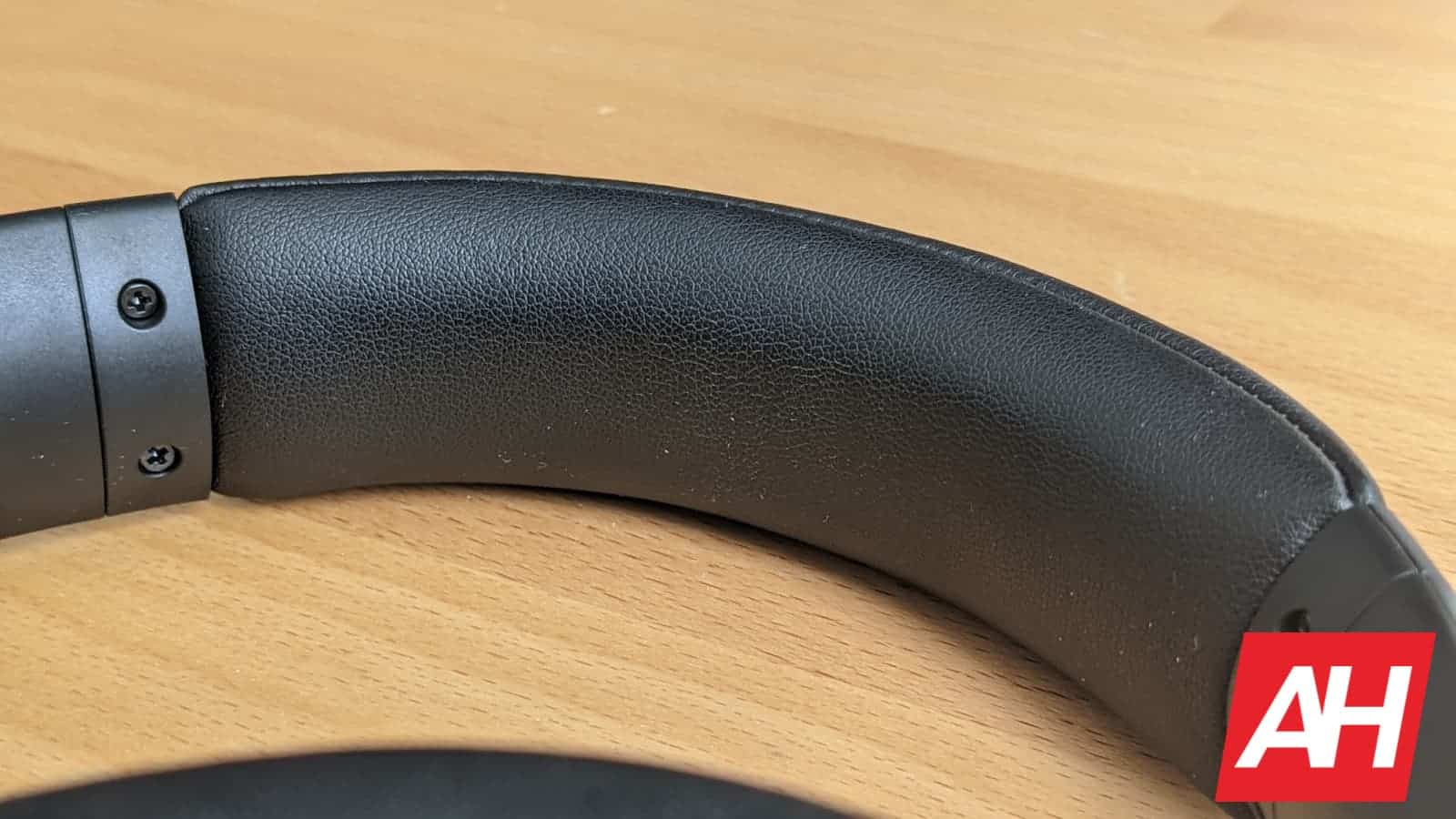 Sometimes simple is best, and I think that proves true here. The Panasonic Mighty Bass RB-M500B are not trying to win you over with looks. They’re not ugly, they’re just not flashy or giving off a premium vibe.

And that honestly works for them. As noted a couple of times already, these are pretty comfortable to wear and that makes more of a difference than how they look. Because you won’t be the one staring at them. You’ll be wearing them.

They also offer replaceable ear pads. So if the ones that came with the headset get too worn out or damaged, you can simply swap them out. The only issue you might run into with that is actually finding the ear pads. Panasonic’s online shop has a pair listed, but they don’t mention which headphones they’re compatible with. They just say “select Panasonic headphones.”

If they are compatible they’ll run you $16. Aside from the overall design the matte black or beige colors also seem to be pretty resistant to fingerprints and smudges. Which is always a good thing.

Should you buy the Panasonic Mighty Bass RB-M500B wireless headphones?

These aren’t a bad pair of headphones. They do what they set out to do and give you some great bass while they’re at it. But, It’s difficult to recommend these even to anyone looking to pick up a pair of wireless headphones that aren’t pricey.

There’s lots of other options around the $100 mark. The Sennheiser HD 350BT for example, which retail for $119, are also wireless, come with up to 30 hours of battery life, have a much better design for travel and storage, and a companion app that provides an equalizer for better audio tuning.

Where the Panasonic Mighty Bass RB-M500B really excel is with the bass. So if what you want more than anything else is bass, these are likely a great buy for you. But there are some other good options around the same price range.