The latest Niagara Launcher update has added some compelling new features to the app, including folder support, and app pop-ups. Do note that this is a beta update, though, not a stable build.

Still, this makes Niagara Launcher an even more compelling offering. Niagara Launcher managed to push itself up the hill to become one of the most sought-after Android launchers in the Play Store. Features like this only make it more interesting, of course.

This update is marked as v1.2, in case you were wondering. Let’s talk about the app pop-ups feature first, shall we. Niagara Launcher already offers swipe actions for apps, well, this brings the functionality to a whole new level.

You can swipe right on any app on your list in order to open its pop-up, and access notifications, closely related apps, and shortcuts. If you’re a Niagara Pro subscriber, you can even add pop-up widgets, and get timely information at a glance.

The developers also noted that a pop-up now shows notifications for all of its contents. Pop-ups are also fully customizable, so you can add actions if you want. You can simply long-press the pop-up and tap on the “Edit pop-up” option.

Niagara Launcher gets folder support, with a rather unique implementation

The company also added something called ‘Pop-up folders’. This feature basically brings folder support to the launcher. Do note that the basic folders feature is available to free users as well, though Pro users will have more options, of course. 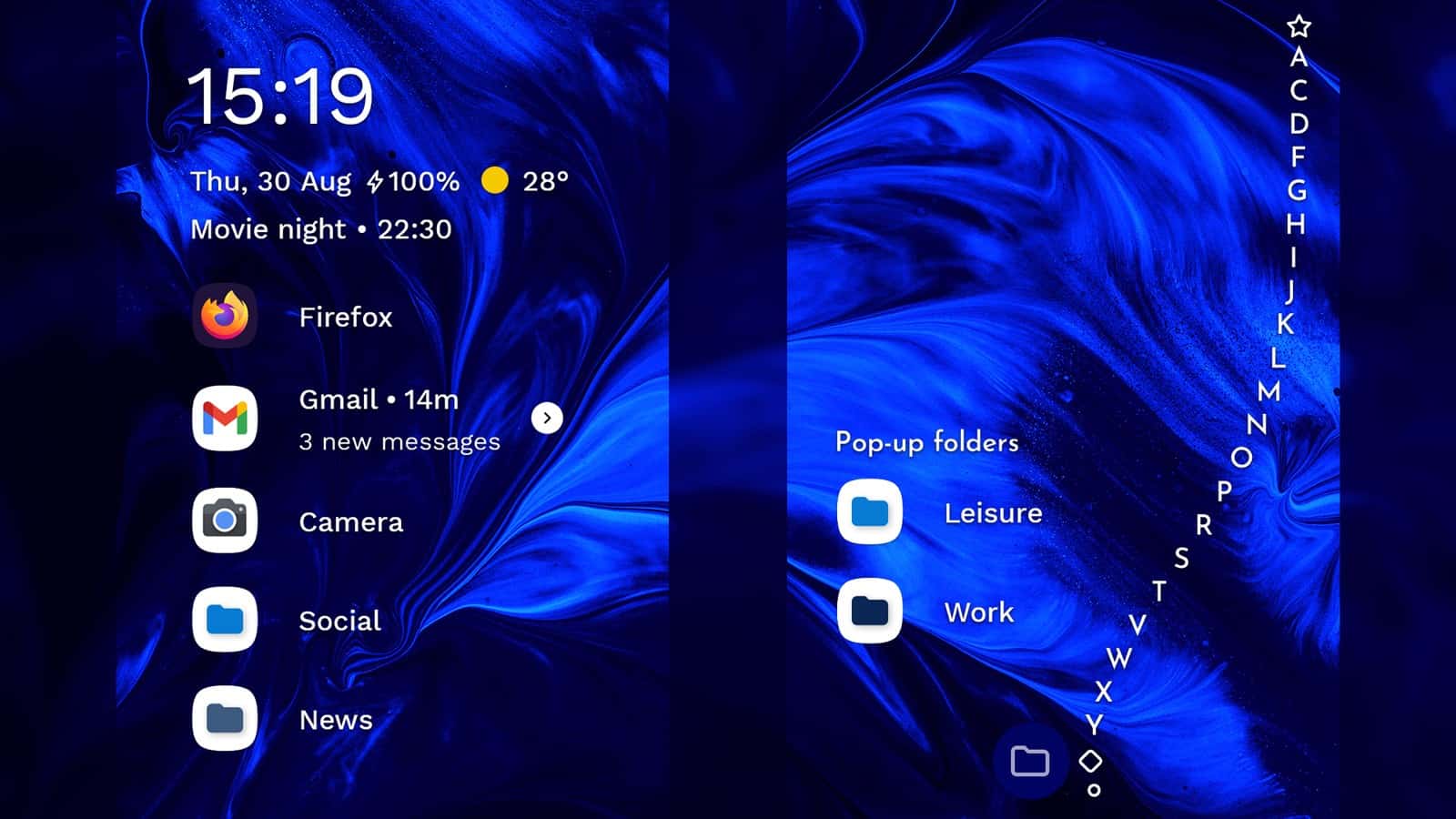 In order to add a folder, simply long-press one of your favorite apps (in the favorites section), and tap “Edit Favorites”. At that point, scroll down until you see the “Create pop-up folder” option.

If you’re a ‘Pro’ user, you can move folders to your app list to categorize all your apps. You can simply long-press the folder and tap on “Show in app list”. This sure is a different take on folders, but it’s a nice implementation, that’s for sure.

The ‘Niagara Button’ feature is also being tested

We’re not sure when will these two features make their way to the stable channel, but that will likely happen soon. Having said that, the company is also testing something called ‘Niagara Button’.

The ‘Niagara Button’ will let you perform quick actions on your home screen. The company is offering an early preview of the feature for Niagara Pro members. When it’s fully ready, it will be integrated with the app’s pop-up system, and it will be available to users of the free version as well.