Google has announced that a new safety section is coming to the Play Store. The company announced today that this new addition will “help people understand the data an app collects or shares, if that data is secured, and additional details that impact privacy and security”.

The company is aiming to boost transparency with this move, so that people are aware of what’s going on. Google says that developers agree with this notion, that users should have both transparency and control over their data.

As part of all this, Google announced five new elements to boost transparency and safety in the Play Store. The company will now highlight whether the app has security practices, like data encryption.

It will also tell you whether the app follows its Families policy, and whether it needs specific data to function, or if you have a choice whether you’d like to share it not.

Google will ask developers to share what type of data is collected and stored. So, the developers will have to share whether your approximate or precise location is stored, personal information (name, address), photos & videos, audio files, and so on.

They will also have to highlight how that data is used. They will have to share how it’s required for app functionality or personalization, for example.

Google will also introduce a policy that will require developers to provide accurate information when listing an app. If developers end up misrepresenting the data they’ve provided, they will be required to fix it.

These changes will apply to all apps in the Play Store, Google’s very own apps included. The company did note that the changes do not take effect straight away, though. The company wants to give the developers some time to prepare.

The company will share the new policy requirements and resources in the summer. Google will include detailed guidance on app privacy policies. Starting in Q2 2022, new app submissions and app updates will be required to include the aforementioned information. Below you’ll see an image that contains the timeline for the safety section aka changes that Google announced. 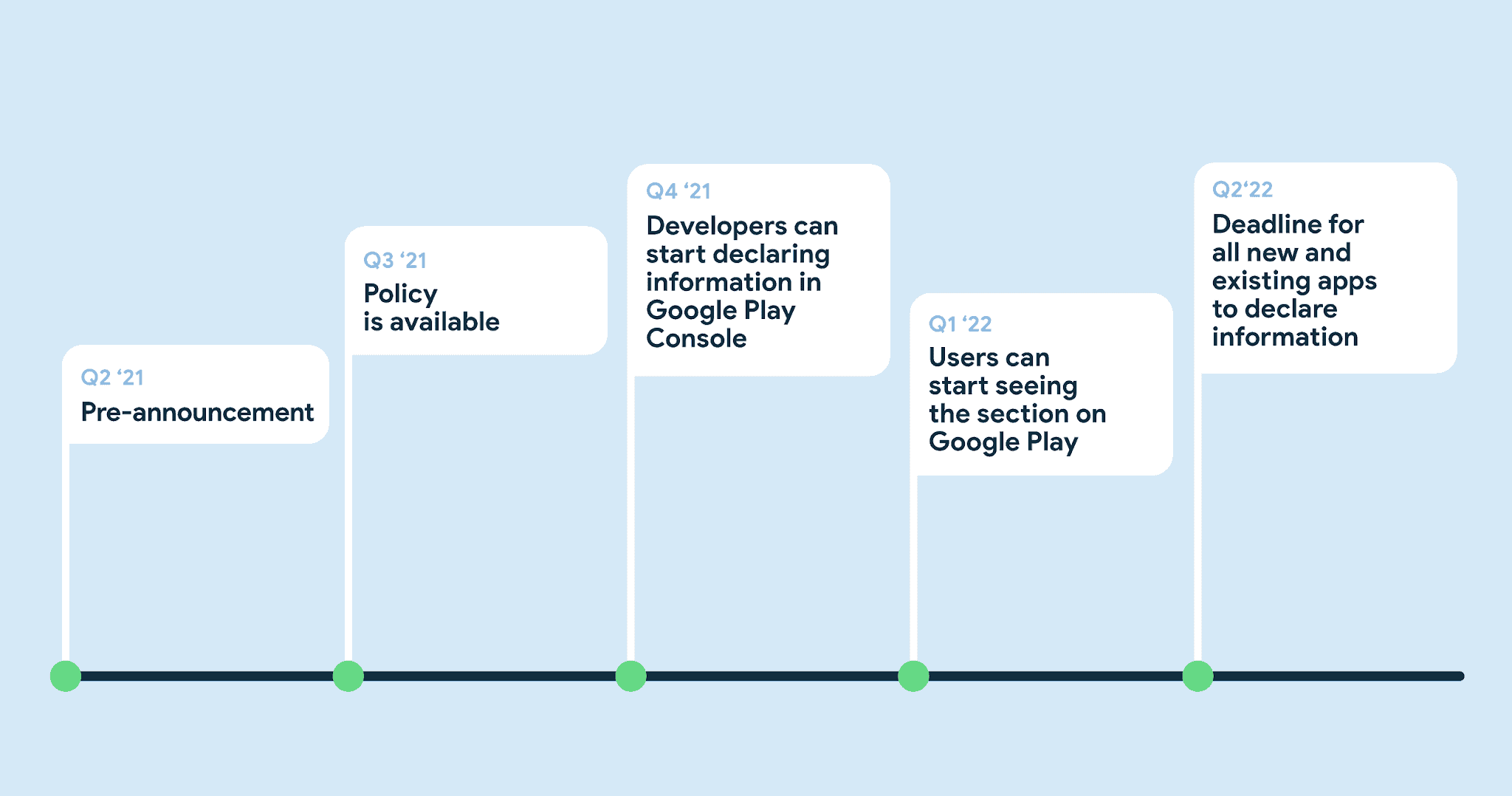