Google Photos is getting yet another interface lift, this time for smartphones. Specifically, altering the placement of a few key elements such as the Sharing segment and the print ordering UI, reports indicate.

The big changes, as noted above, are to the Sharing and Printing interface. And that means that users will need to look elsewhere for those, rather than where they have been. First up, Sharing has been moved back to the bottom-bar UI. So it’s no longer to the left of the search bar at the top of the screen. The icon for Sharing takes up a position that’s second-from-the-right on that section of the screen.

Conversely, the store for ordering prints and printed products from Google now exists in place of the old Sharing UI. So it can be found, with a shopping bag-shaped icon, at the top left-hand side of the UI in the app.

Google says the changes are based on user feedback. They’re intended to make finding the print store easier and making it easier to find and share memories. Prior to this update, Sharing had taken its place in the top-left with a chat bubble icon. Now, it’s moving back to exactly where was prior to that change.

Google is still searching for the perfect UI

Now, this latest change to the Google Photos interface, designed explicitly for mobile, follows several others over the last few months. Most recently, the company made changes to the interface for tablets. But it’s also been making changes to the functionality, with storage that’s no longer unlimited and a few other alterations.

None of this should come as any surprise though, as Google is almost constantly in search of the perfect interface for each of its services. And for each service on each platform.

To check out the new interface for smartphones, however, users simply need to head over to the Google Play Store and update their app. The changes are rolling out now on Android and will ship “soon” on iOS as well. 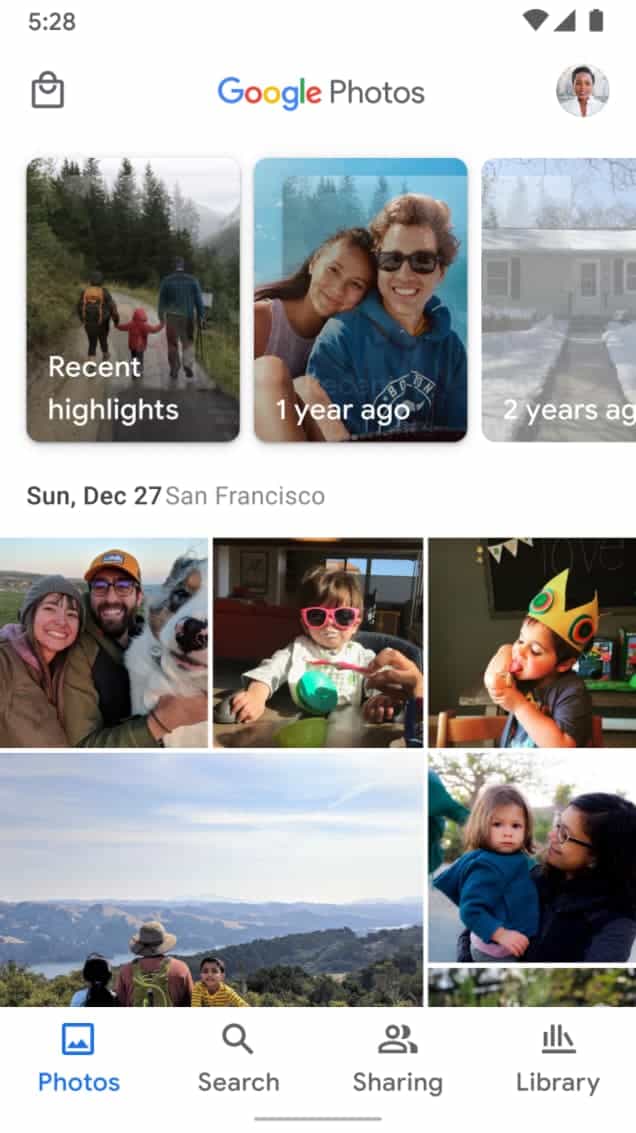