Google Messages app will soon allow you to pin your conversations to the top of the screen. This has been revealed by XDA Developers, as some interesting code / functionality got discovered.

The changes were found during an APK teardown of Google Messages 8.1.050. This version of the app revealed two upcoming features. First is the feature for pinned conversations, while the other is the ability to star specific messages.

Pinning conversations to the top of your list will allow you to have easy access to them. If you’re messaging someone constantly, pinning that conversation may be a good idea. That way, it will always be readily accessible.

Now, the source also shared some screenshots, which show this feature in action. You’ll simply be able to select a conversation, and then tap the pin icon at the top. Once the conversation is pinned, that icon will sit right next to it on your list. 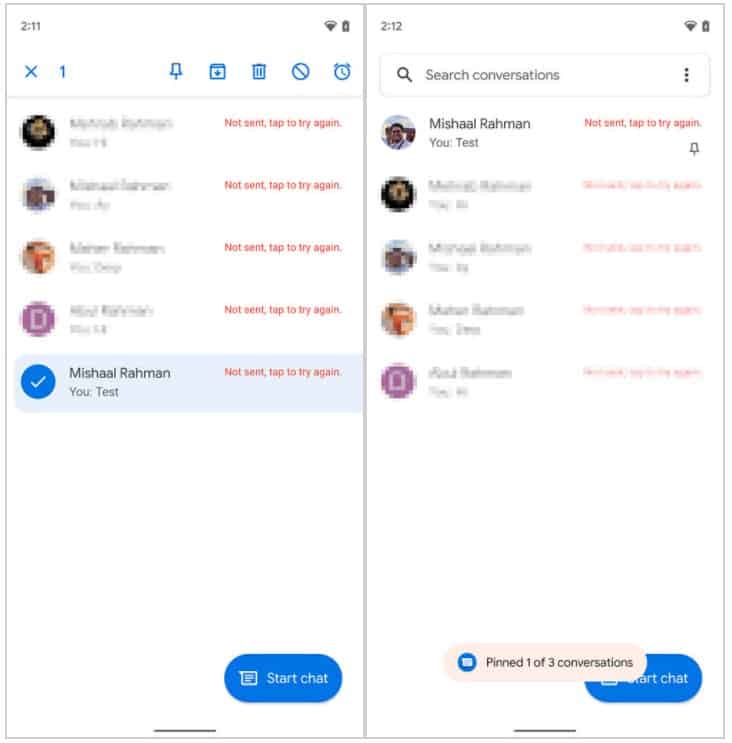 The source was unable to show off the starred messages feature, but based on the strings that got discovered, that feature is also coming. We’re not sure when, though. The pinned messages feature, on the other hand, is most likely right around the corner.

Now, in regards to the starred messages feature. All starred messages will show a new star badge in order to help you quickly identify them. You’ll also be able to search such messages via the search tool.

Google Messages have received quite a few features in the last couple of months. Google rolled out the calendar event suggestions, in addition to the scheduled messages support, auto-OTP deletion, and a unified emoji menu. The app even got a revamped UI on Samsung phones.