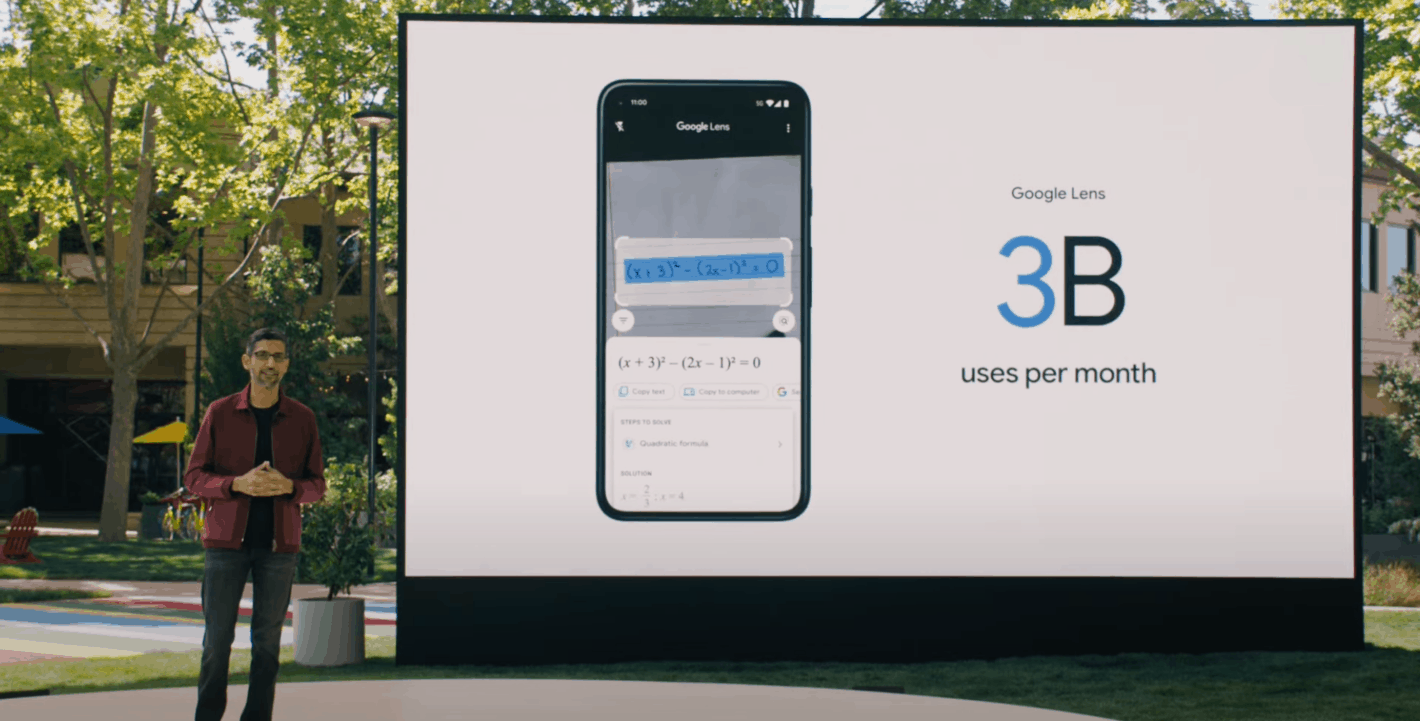 At Google I/O today, Sundar Pichai announced that Google Lens is used three billion times per month, on average. That is a pretty staggering number to be quite honest.

This should come as no surprise, as Google Lens is really impressive, and has actually been around for quite a while. As Google first started using the underlying machine learning and artificial intelligence for Lens, in Google Photos back in 2014. As it learned how to appropriately label pictures based on what is in the picture.

Google always shows off the latest in its AI capabilities at I/O. And this year, it is showing how it is able to label photos, caption videos, and translate web pages pretty easily.

Pichai also stated during Google I/O today that Google has “revolutionized the capability of computers to understand natural language”. Which is a very bold statement but also very true. If you have used Google Lens, Google Photos, or even Google Assistant, then you know just how good Google’s AI capabilities really are.

Even when Google debuts new products with AI, that doesn’t necessarily mean that it is “new”. As the underlying tech and features have likely been available in other products in previous years. Even Google Assistant wasn’t brand new when it debuted in 2015. As it is the evolution of Google Now, which launched back in 2012.

Google has a lot more planned for its keynote today at I/O and we’re set to see a bunch of new announcements – including likely the first beta for Android 12.