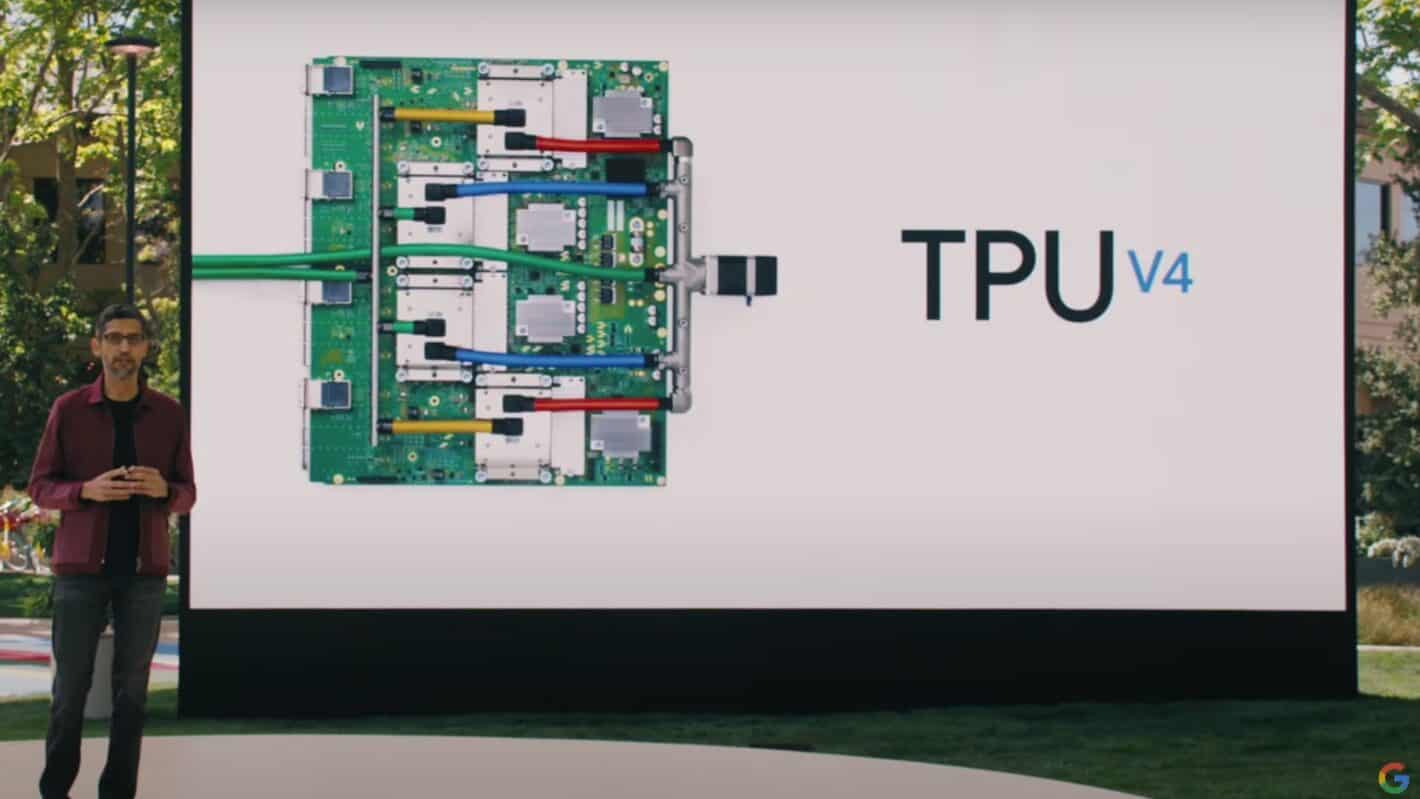 Google has kicked off Google I/O 2021, at least in part, with a new advancement for its Tensor Processing Unit — dubbed TPU v4. As might be expected, the newly announced and reported processor effectively breaks the mold when it comes to processing power. At least in terms of processing power available outside of supercomputers.

Just how powerful is the new Google TPU v4?

To say that the Google TPU v4 is more powerful would be a serious understatement. In fact, Google says that a single TPU v4 is twice as fast as version 3, announced in 2018. Arranged in a “typical pod,” comprised of more than 4096 v4 TPUs, the technology is capable of delivering over 1 exaflop. Put more simply, the company says that if around 10-million laptops around the world were all working in conjunction, it would “almost” match a single pod in terms of power.

Summarily, the new TPU, arranged in a pod, is the most powerful system yet created by Google. In fact, prior to the creation of the new Google chips, attaining an exaflop of power required a custom supercomputer.

Now, the new TPU v4 is actually already in use, at least at Google. The company says it already utilizes the technology in its own data centers. As to when Google Cloud customers will have access, the search giant hasn’t provided an exact date. But it does say more generally that they’ll be available “later this year.”

For now, the company says that it will soon have dozens of the newest pods in operation at its data centers. And points out that many of those will be operating “at or near” 90-percent carbon-free energy. Making the new system, at least with regard to Google’s own operations, one of the most efficient as well.