Google is now showing the same privacy- and security-first message initially shared at its I/O 2021 event in several of its web services. That includes services such as Gmail, Google Drive, and Google photos, reports indicate.

Now, that’s not altogether surprising. The event in question, which comes to a close today, has largely focused on those themes. And that’s across every product and feature announcement from Android 12 to smaller software updates.

What is Google telling people via its privacy message from I/O 2021?

Of course, what users are seeing, appears to vary a bit from service to service. But in every case, a banner reading “We protect your privacy” appears to be at the center of the cross-service message. The banner features a prompt with a blue shield icon, used by Google to indicate privacy and security. The message placed on that banner, however, changes from service to service.

For Gmail, for example, Google points out that email content is not only kept safe and secure. But also that it is never used for ads purposes. Similarly, the company is telling Google drive users the same about their files. And, conversely, the same again for photos and videos stored in Google Photos.

It’s worth noting that the message appears to be showing up on free accounts but not on paid Workspace accounts. So the majority of Google’s user base, comprised of non-paying customers whose service is supported by ads, as opposed to paying customers, are those the company is trying to reach out to with the message.

Google is also showcasing a “Learn more” link to a “Safer with Google” page that’s been added to users’ primary account management site.

There’s more to this message than being informative

Of course, Google also doesn’t get paid to shell out user data. And that’s another point it reiterated during its annual developer conference. But the purpose of the message, as much as anything else, appears to be directing users to new features as well. Namely, that’s the run of safety features launched over the past year and incoming in the future across Search, Google Pay, Gmail, Chrome, and more. 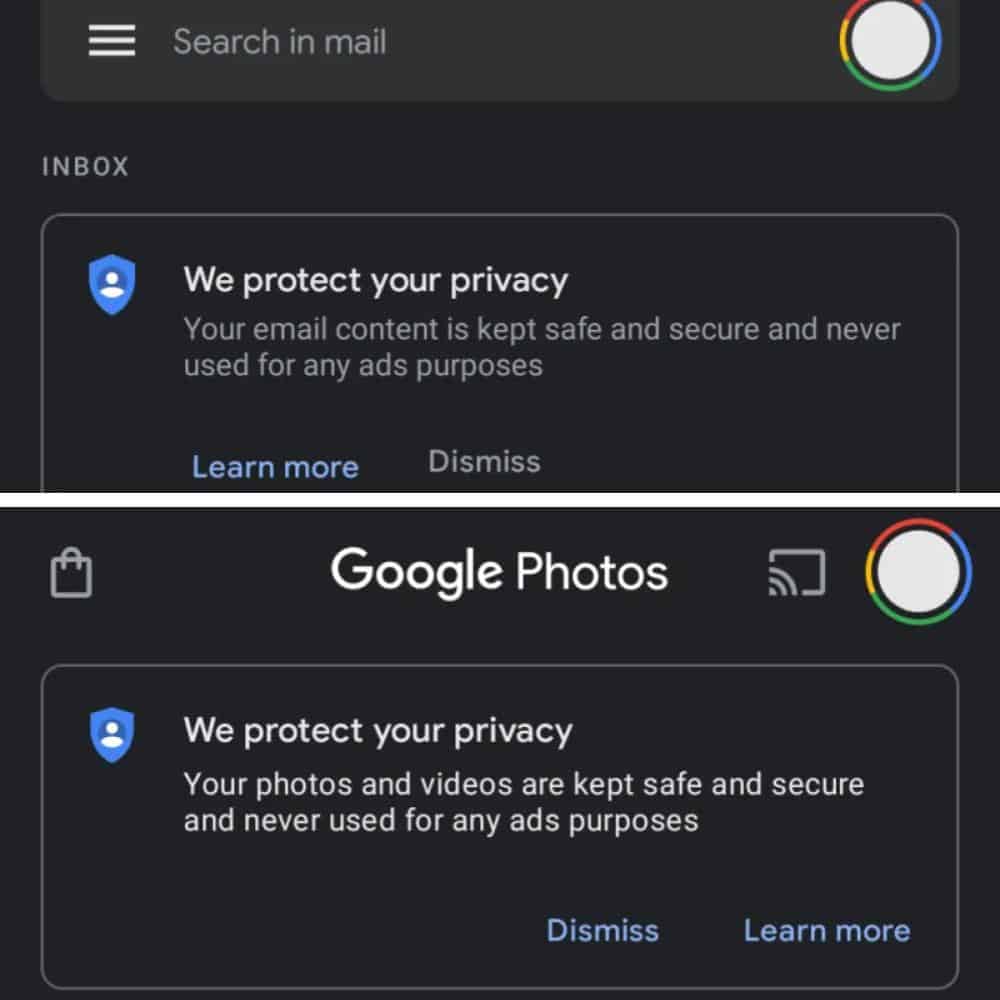