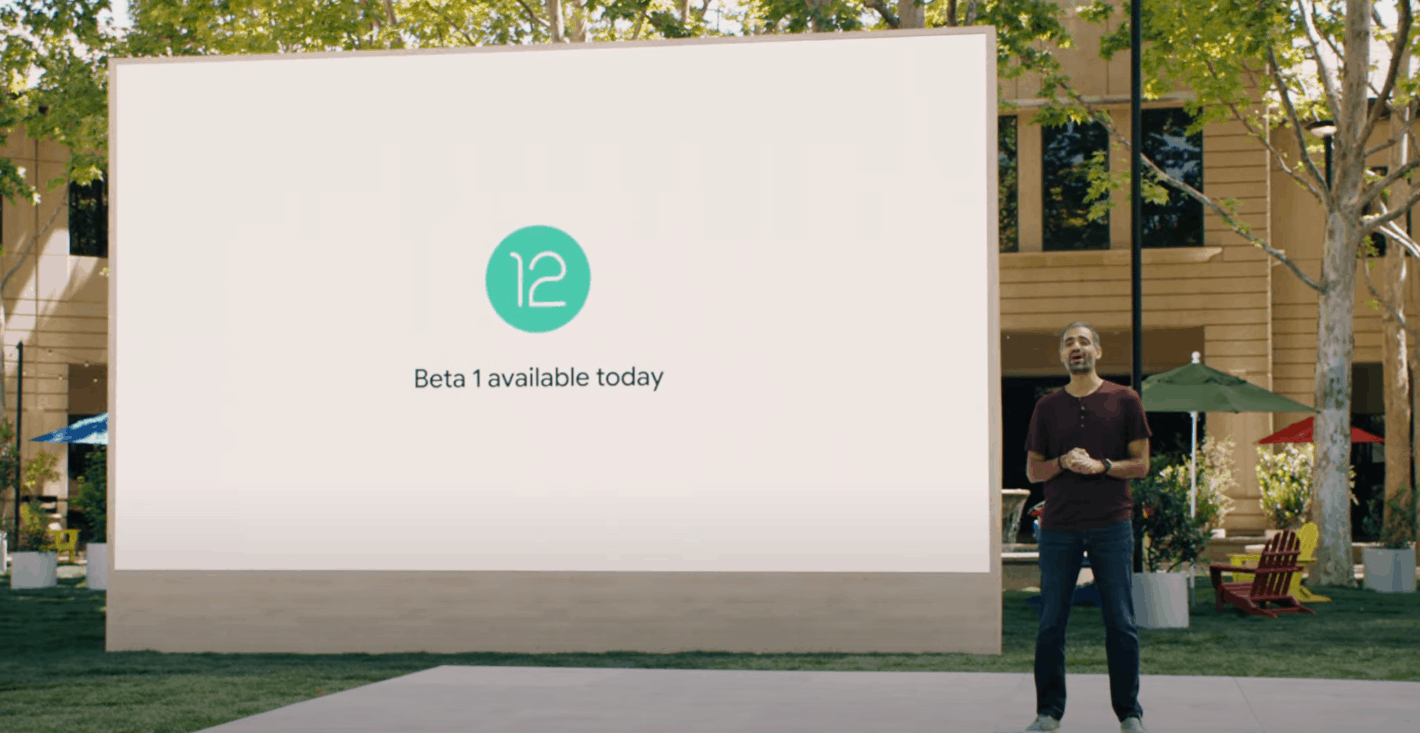 During the opening keynote of the first day of Google I/O 2021, the company announced the first beta for Android 12.

This follows after three developer previews of Android 12, which didn’t show us a ton of new features. That changed today. As Google let the cat out of the bag, and we now know everything that is coming in Android 12. Google is planning to offer four betas for Android 12, with the final release coming in the third quarter.

The first beta is available the Pixel 3 and later. As well as select smartphones from ASUS, OnePlus, OPPO, Realme, Sharp, Techno, TCL, Vivo, Xiaomi and ZTE. Noticeably absent is Samsung.

If history repeats itself, the final release will be around Labor Day.

Google is focused on three themes with Android 12. This includes Deeply Personal, Private and Secure and Better Together. Themes we’ve heard throughout this Google I/O keynote, across all of Google’s products.

Google has also revamped the entire OS in Android 12, adding a lot of color to the system. Using color subtraction. This will create a custom palette theme for your device, based on your wallpaper. Which is going to give you a bunch of different themes that are automatically created. This will be available this fall, so it likely is not going to be part of the beta.

Quick Settings have been redesigned in Android 12, giving you a shortcut to Google Pay as well.

Performance has also been greatly improved here, making the entire system feel a lot snappier. The Android CPU time has been improved by 22%.

Google says the most secure devices run on Android, and in 2021, it’s taking that a step further.

The new Privacy Dashboard that we’ve seen rumored is also available in Android 12. This will show you what apps used what permissions at what time. For example, you can see that the YouTube Music app used your location this morning, or that Google Maps used it yesterday, etc. So you can find out which apps are using permissions you don’t want them to use. And it’s super easy to revoke permissions.

Android 12 will also show a LED light in the right corner when your camera or microphone is being used. Additionally, there are shortcuts in the Quick Settings to revoke those permissions, without leaving the current screen.

Google is also making it easier to use multiple Android devices (including Chromebooks).

It has built in remote control features right into your phone, for Android TV. So you can easily search for things on your TV, from your phone, without typing on the remote. Which can be very cumbersome.

Digital Car Key is supported in Android 12, so you can automatically lock and unlock your car with your smartphone. This is similar to what Apple announced last year with iOS 14. Google says it is launching this fall with Pixel and select Galaxy smartphones, and will work with some BMW devices.