Google is apparently pulling inspiration from its newest Chromecast interface for a new app, dubbed Entertainment Space, meant just for tablets. The company announced the recently reported app in response to growth in the market for Android tablets. That market, the search giant says, grew over the last year by 30-percent compared to the previous year. Presumably, the goal is to make tablets more user-friendly overall.

But Google also built the app because of the demographic split of tablet users and the use cases surrounding the gadgets. Namely, because families often share tablets. And that, in turn, results in a need for one central space or hub for all the apps and media on the devices. Of course, that’s where Entertainment Space enters the equation.

So what’s this Entertainment space and how does it benefit tablet users?

On the surface, Entertainment Space is just another Google app that may be taking up valuable device resources and storage. But this app is actually much more than that. It acts as a central location for discovering all of the entertainment on a given device. To that end, Google made sure to include games, movies, TV shows, videos, and readable material.

The interface in the app itself is designed to cater to those needs too. As already noted above, it bears a striking resemblance to Google TV.

Along the top row of the app UI, there’s a search icon, three tabs, and a user profile image. The latter of which is likely the clickable element holding settings and account details. Just as with any other Google app. The first of those features is self-explanatory. Effectively allowing users to search for media across the board.

The first tab between those UI elements is “Watch” and that houses video-based content. So users can find all of their associated apps, recommended media from within those, and more. Of course, YouTube, YouTube TV, and other heavy-hitters are supported and present in recommendations. And there’s a “Continue watching” segment too, showcasing shows users have already started watching.

The next tab, “Games,” serves a similar function but with a focus on mobile-ready gaming. And, as with the Google Play Games app, Google Play Instant is supported. So there are some titles available alongside the heavy-hitters, which can be played instantly without download.

Last, Google also includes a “Read” tab that does exactly the same thing as the others, but for books.

When is this coming, or has it arrived?

In terms of arrival, however, Entertainment Space won’t be widely available to start. And it isn’t available as of this writing for anybody.

Entertainment Space will be available on Walmart-sold “onn.”-branded tablets starting this month. But it won’t be rolling out globally to new or existing tablets from Lenovo, Sharp, and others until “later this year.” 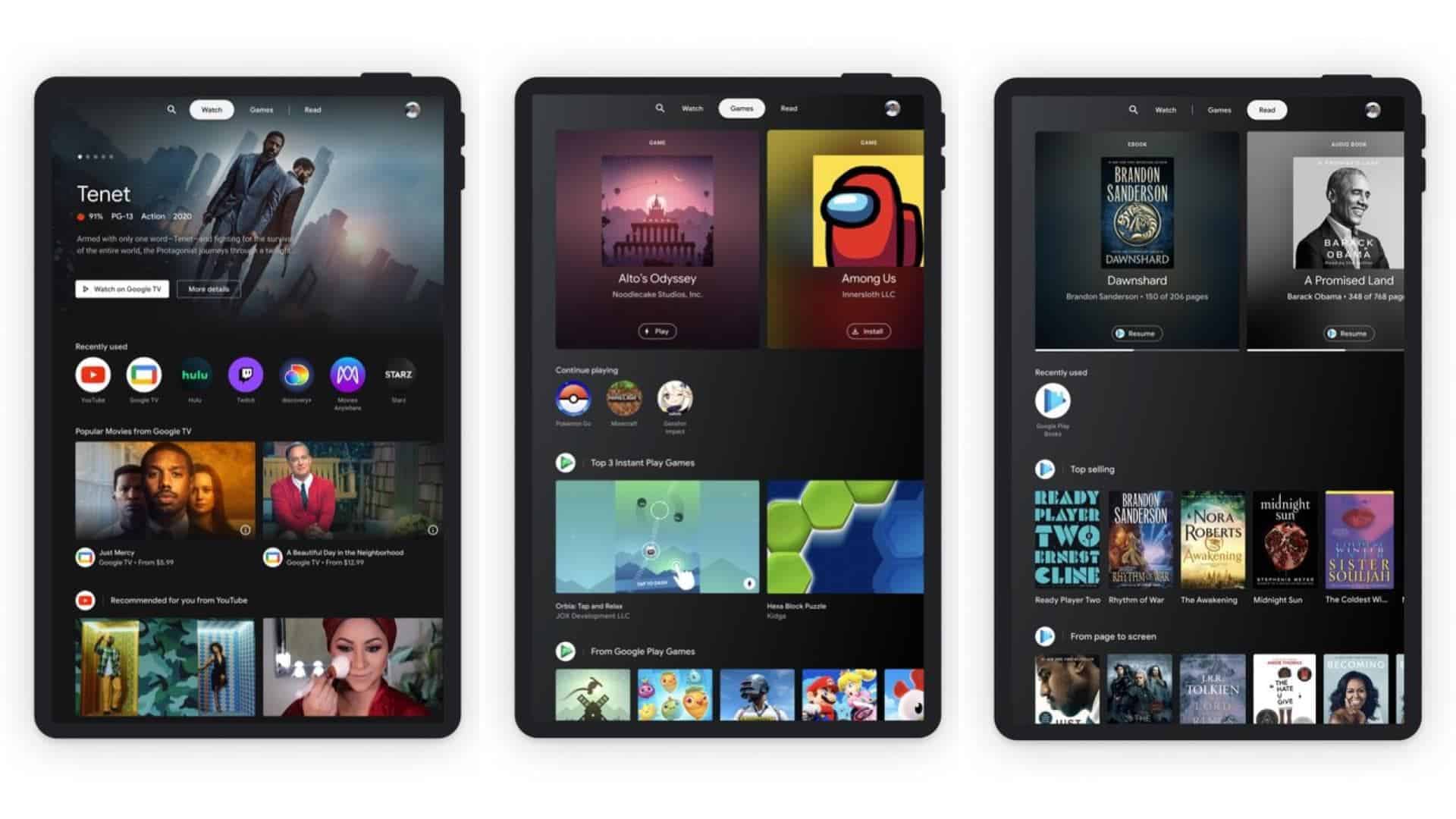