Facebook has launched a new Nextdoor-like feature called Neighborhoods. The feature is all about allowing users to connect with their neighbors or a geographically defined community of people.

According to Facebook, people have always used its apps to connect with their neighbors. Users ask for recommendations and tips in local groups, offer support to local businesses, or even meet neighbors who share common interests through Facebook. These connections have grown over the past year or so as the global health crisis restricted long-distance traveling.

Neighborhoods gets a dedicated section within the Facebook app and will let users who are 18 years or older create a sub-profile that’s different from their main Facebook profile. You can add your interests, favorites, and a bio to your Neighborhoods profile and join your local neighborhood as well as nearby neighborhoods. You can then participate in discussions with fellow neighbors in a dedicated feed.

Facebook says users can talk about anything on Neighborhoods. From discussing local politics to nearby places, restaurants, some upcoming local events or sports, recent incidents, and much more. The Neighborhoods Favorite Polls also allow neighbors to vote on their favorite restaurants, parks, and other local places and businesses. Pretty much all local goings-on.

Users can also create or join Neighborhoods-bounded groups or add their local Facebook groups into Neighborhoods. This will allow other nearby people to join their group of specific interests. Participants in a Facebook Neighborhood can also take on specific roles such as socializers.

Since Neighborhoods isn’t available as a standalone app and resides within Facebook, you must be wary that the same privacy policy applies here as well. The company will use your activity and information in Neighborhoods to serve you targeted ads.

Facebook has a pretty terrible track record when it comes to the safety and privacy of users. So ensure that you aren’t sharing too much personal information in Neighborhoods. The feature is opt-in and you can choose to join just your local Neighborhood or also your nearby Neighborhoods. However, whatever public info you share in your profile will be visible to all participants of that Neighborhood.

Facebook was first spotted testing Neighborhoods back in October last year. The feature is now widely available to users in Canada (where it’s called Neighbourhoods). The company plans to expand the rollout to select US cities soon. According to CNET, Facebook is targeting four US cities for the initial tests – Charlotte, North Carolina; San Diego, California; Baton Rouge, Louisiana; and Newark, New Jersey. 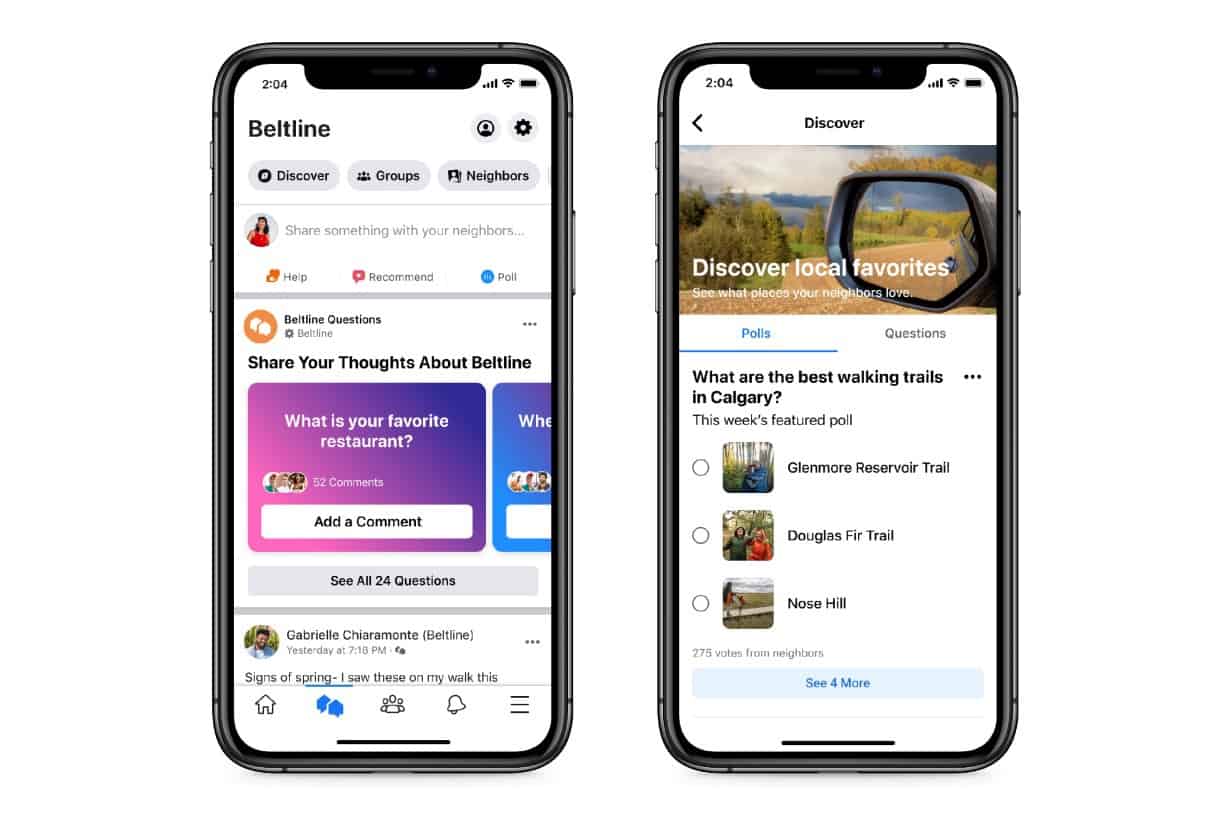