Chromebook use is on the rise and the gadgets are beating out the traditional PC market spectacularly in the process. That’s based on a recent report from Canalys showcasing first-quarter 2021 figures and market trends from 2019.

Overall, the PC market shrank by no less than 4-percent year-over-year compared to the Chromebook market, in terms of device shipments. That latter segment grew, contrarily, by around 275-percent. The figures are in stark contrast to the rest of the computer category as well. Netbook shipments were up by 62-percent year-over-year. That’s compared to tablets, up by 52-percent for the same period.

The results show a steady curve over a two-year period, for the most part, too. But the pandemic, which got its start in late 2019 and went official in early 2020 seems to have had a massive impact on sales. Particularly for Chromebooks. Those gadgets began rising in Q4 2019 and that rise continued sharply into Q4 2020.

Who benefited from the rise of the Chromebook market the most?

Setting Aside the PC, netbook, and tablet categories, in terms of vendors in the Chromebook market, the split wasn’t exactly even either. As other analysis reports have indicated, HP, Lenovo, Acer, Samsung, and Dell led the way on growth. Those other reports, in fact, put HP out in front for the quarter too. That’s with more than 4.4-million shipments and a 33.5-percent of the market — a 633.9-percent growth.

From Canalys, the growth was similar. HP took the top spot with 633.7-percent growth and Lenovo — another top-five company in the other reports — took second place. It shipped 3.1-million units, according to Canalys. Canalys also places top Chromebook makers Samsung, Acer, and Dell in the top five for its market analysis. Each of which shipped more than 1-million units.

Regardless of which report is considered here, PCs are clearly on the decline year-over-year. Netbooks and tablets continue to grow as well, but Chromebooks appear to be emerging as a dominant force. At least in terms of growth, and at the very least during the pandemic, Chrome OS is leading the pack. 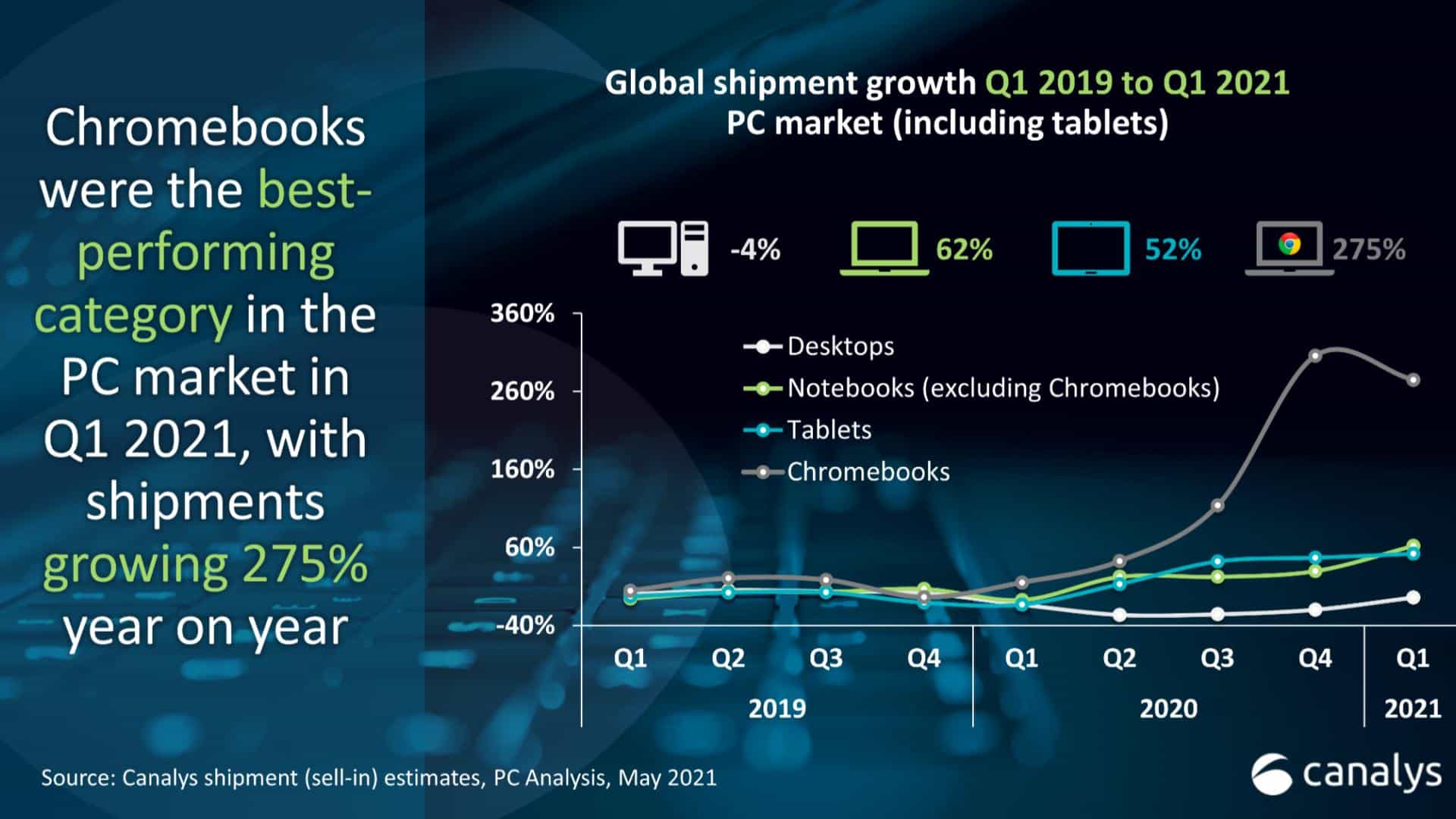