VPN services go a long way toward making browsing and using online services safer and soon the Chromebook platform will offer the feature in an always-on format. That’s based on recent reports, highlighting the discovery of code changes in the Chromium Gerrit. In true Google fashion, the changes point specifically to a new, aptly-named “Always-on VPN” feature for Chromebook platforms.

VPNs have previously been available to use with Chrome OS. And they’ve been available for use with Android apps since Chrome OS 64. But this marks the first time that the features will appear in a dedicated system-level feature.

What does an always-on VPN do for Chromebooks?

For the time being, the changes have only been rolled out behind an experimental flag in the Chrome OS Dev and Canary Channels. But, once enabled, the menu associated with the new feature appears to almost be complete.

As shown in the image below, the flag adds a new Setting menu to the Settings app, dubbed “VPN.” And that’s where the VPN is managed. Users need to start by choosing a VPN service first. Then, deeper settings become available. Including the ability to turn on or off “Always-on VPN.”

That setting, as its name implies, keeps the VPN service running from startup to shutdown. But that won’t necessarily keep all users safe all the time. If the VPN becomes unresponsive or disconnects, under normal circumstances, users would still be able to browse. But without the protection offered by such services.

Chrome OS is going a step further with a secondary toggle to address that. Namely, by allowing users to block all network traffic to and from Android apps and the Chrome browser when a VPN isn’t connected. That should serve the dual purpose of both informing users when their VPN disconnects — since no data traffic will be available — and keeping users safe in the event that does happen.

When will this feature roll out to more users?

Now the next plausible update that could deliver this VPN feature won’t be until Chrome OS 92. The update to Chrome OS 91 will start on June 1 but that doesn’t leave the team behind this feature much time to complete it for rollout. And the feature freeze for Chrome 91 has long since passed.

Chrome OS 92 is slated to begin rolling out on July 27. So the timeframe there makes a bit more sense. That’s if Google doesn’t push back the release even further. 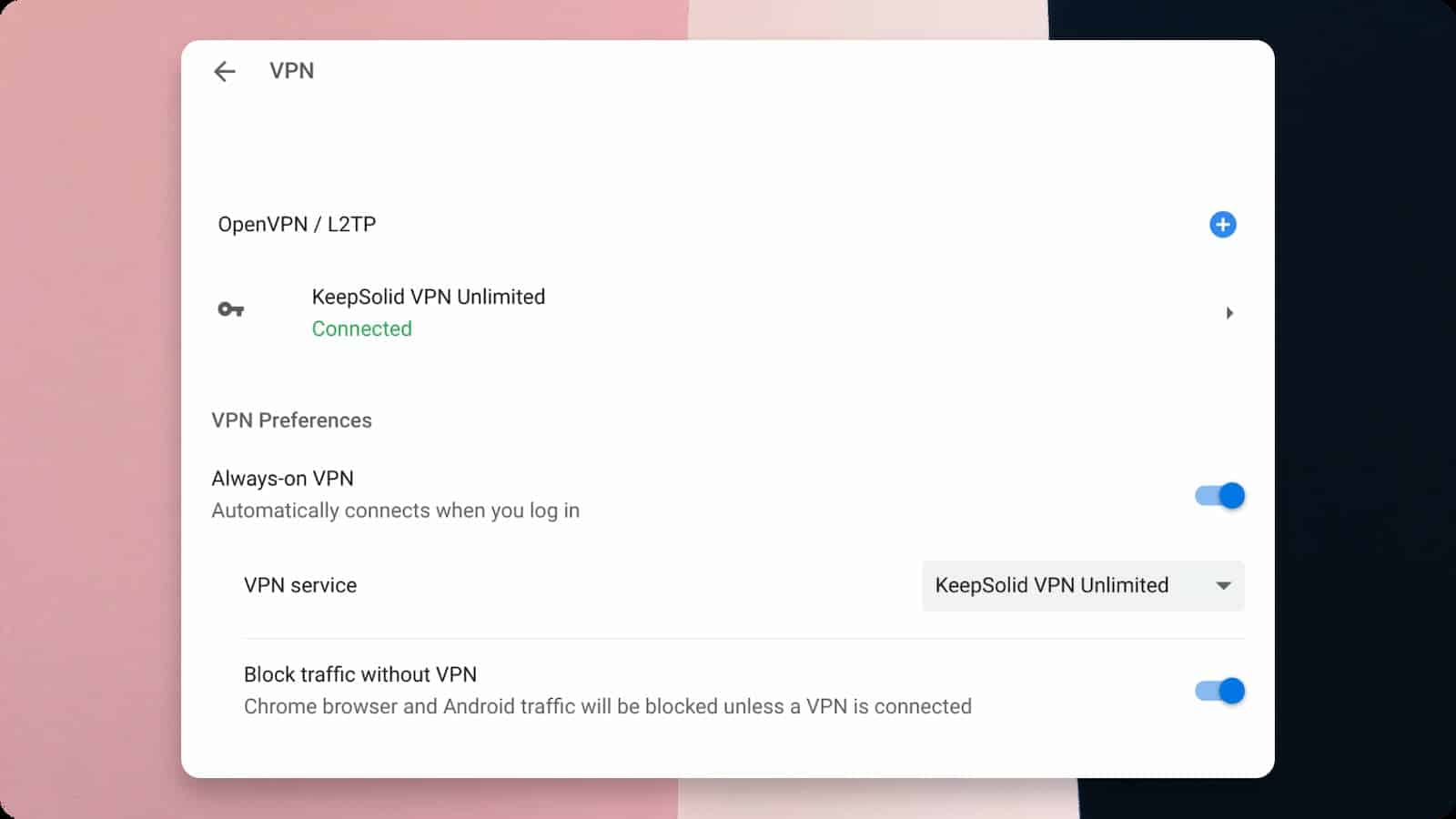