Chrome is now offering you to get your first taste of Google’s new UI that will come with Android 12. We’re talking about the ‘Material You’ UI here, the one that Google announced during Google I/O.

Needless to say, this UI will bring some significant changes to Android as we know it. This change in Chrome is not big, not at all, but you can try it out if you want.

You can now change the look of the overflow menu with a simple switch. This change has been spotted in CHrome 90 for Android, and you can activate it via the flags menu for developers.

All you have to do is type in “chrome://flags/#theme-refactor-android” (without quotation marks), and a flag will open. From there, you need to tap the drop-down menu (originally marked as “Default”), and choose “Enabled” once it opens.

Once you do that, restart Chrome. At that point, Chrome will restart, and you’ll need to restart it once again, from the Recents screen. Open Chrome after that, and the change should be visible, notes Android Police.

The thing is, we weren’t able to replicate this change. We’ve tried to do it on three different devices running Android 11, and were unable to do so. You may have more luck in that regard. Either way, the difference is shown in the image below. Your overflow menu will now offer more rounded corners, in line with Material You changes. 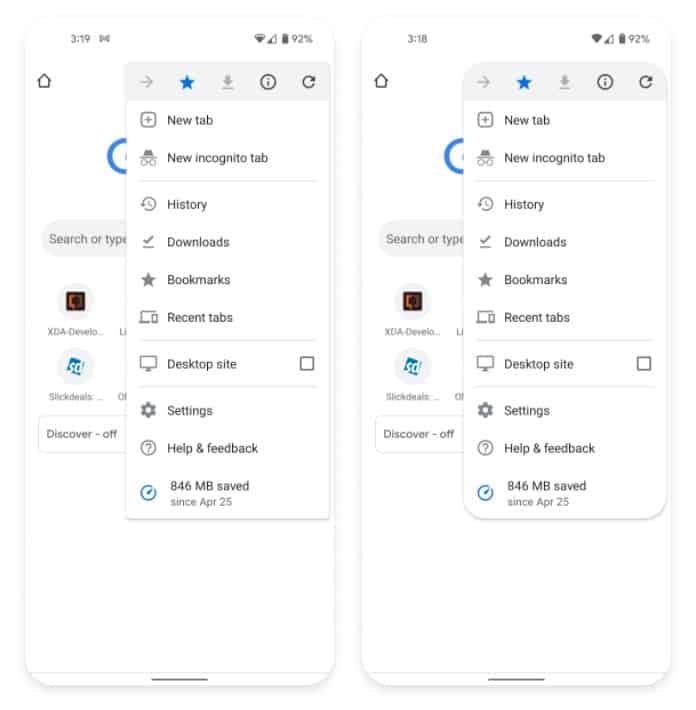 This change actually marks a change for Chrome in general, as it seems like a facelift is coming. Google will likely change the design of all of its apps eventually, to be in line with Material You.

More such changes will be coming in the near future, almost certainly. Google is obviously testing the changes already, so you can expect more such flags to appear. As a reminder, a stable version of Android 12 is expected to land in August.