Ulefone has recently announced its new rugged smartphone, the Armor 8 Pro. The Ulefone Armor 8 Pro is available for pre-order as we speak, and it comes with a nice little perk, you can get a free Ulefone Watch with it.

The Ulefone Armor 8 Pro comes with a free Ulefone Watch, if you hurry up

Do note that this is a limited time offer, though. Only the first 100 buyers of the device will get a free smartwatch. The device goes on pre-order today, and the offer will last until May 17. That’s when the device will go on sale, we presume, or shortly after that.

After May 17, the price of the Ulefone Armor 8 Pro will also go up. Based on the company’s official website, it will revert to its original price tag of $249.99. So, if you’re interested, it may be wise to hurry up.

The Ulefone Armor 8 Pro is a rugged smartphone, as it’s a part of the company’s “Armor” series of devices. The phone is water, dust, and drop resistant, it’s well-protected.

The phone is fueled by the MediaTek Helio P60 64-bit octa-core SoC. It comes with 6GB of RAM and 128GB of internal storage. The device features a 6.1-inch display, with a waterdrop display notch.

The phone has four cameras, and a large battery

16, 5, and 2-megapixel cameras sit on the back of the device, while a single 8-megapixel camera can be found on its front. A 5,580mAh battery is also a part of the package, and it supports 15W charging.

Android 11 comes pre-installed on the device, while the phone does come with an NFC. You can utilize Google Pay payments through this phone thanks to that fact.

The Ulefone Armor 8 Pro comes in Black, Red, and Orange color variants. So, you have some purchasing options. If you’re interested in getting the device, you can do so via the link below. You’ll also find more information about the device in one of the links below. 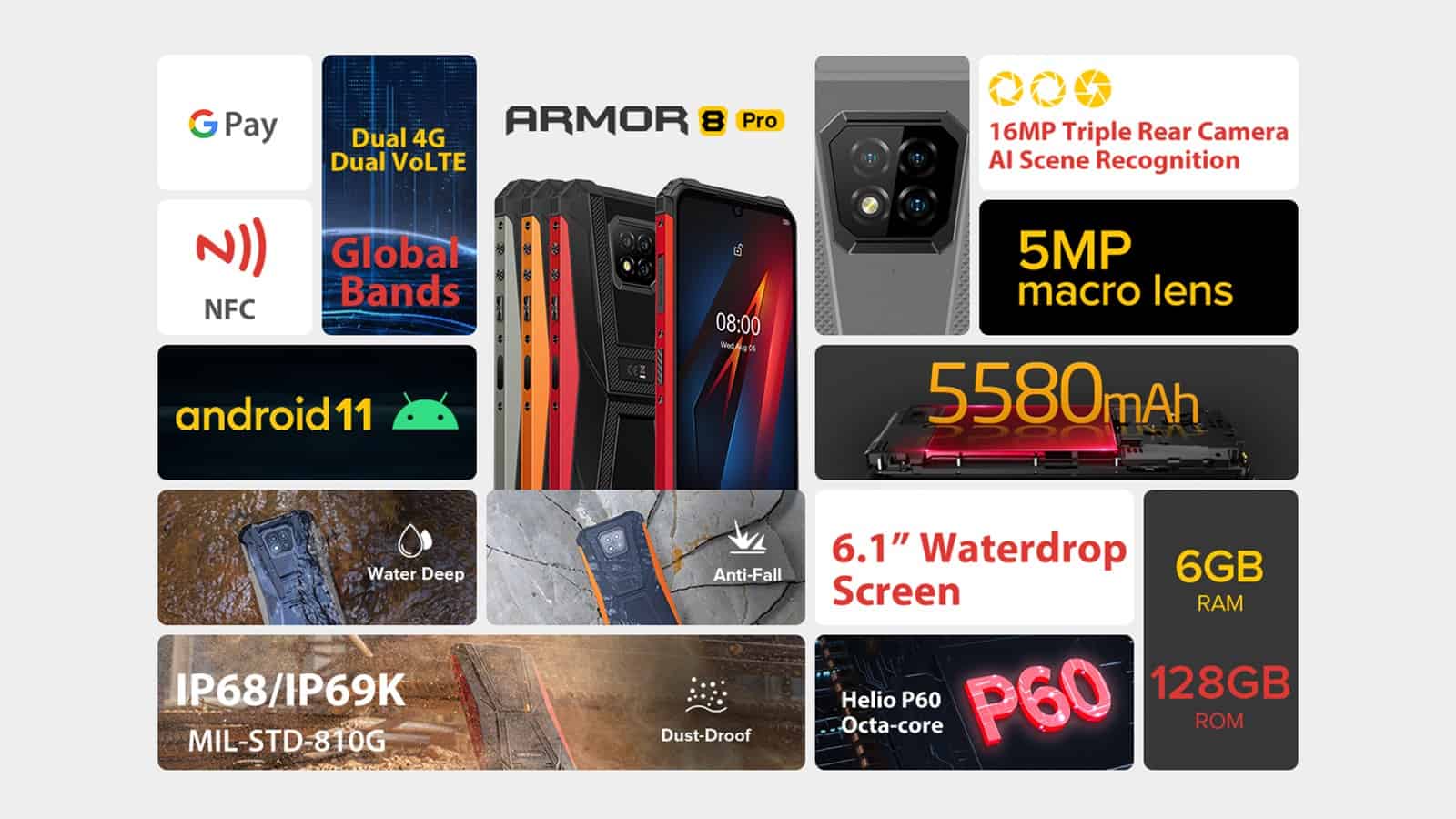