Counterpoint Research has released some interesting information about the true wireless stereo headset (TWS) market. The company shared some percentages for 2020, and expectations for 2021-2023. 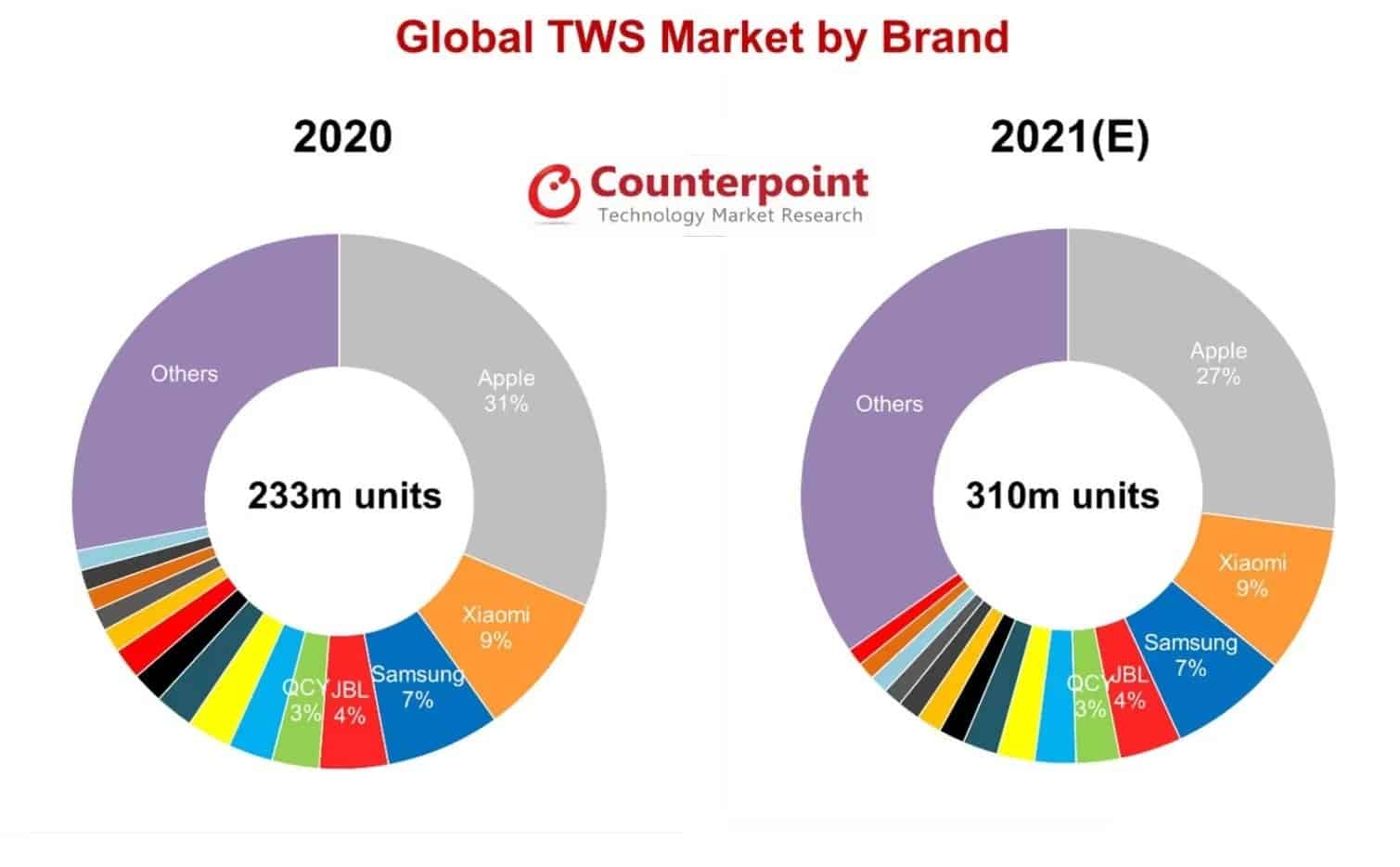 When it comes to expectations moving forward, Counterpoint Research is expecting Apple to lose some of its market share. According to the company, Apple’s piece will drop to 27-percent in 2021-2023.

Things won’t change much, it seems, as Apple’s AirPods will remain most sought-after. Other brands will manage to get some leverage, though, so Apple will lose some of its market share.

These are only projections, real numbers could be different, of course. Counterpoint Research is usually quite accurate with its predictions, so we’re not expecting these to stray too far away from what is said here.

The TWS market grew quite a bit YoY

It is also worth noting that the True Wireless Stereo (TWS) headset market grew 78-percent YoY (Year-over-Year) in 2020, according to the source. Another interesting tidbit is that Apple’s share did decline YoY, it had a larger piece of cake than 31-percent.

True Wireless earphones managed to become quite popular in the last couple of years. They are not readily available for consumers, and tons of companies make them. Truth be said, the quality difference can be staggering. Still, the products are still improving, and it seems like sales growth is expected on a global scale.