Skip to content
Advertisement
Trusted By Millions
Independent, Expert Android News You Can Trust, Since 2010
Publishing More Android Than Anyone Else
0
Today
0
This Week
365
This Month
4422
This Year
114452
All Time
Advertisement Unused apps can eat up memory, put data at risk via permissions, and send unwanted notifications but Android 12 beta offers an easy fix. And that will likely apply to the final release of the firmware too. That’s based on a recent XDA Developers report highlighting the incoming feature in beta, following Google’s 2021 I/O event keynote.

So what does this change in Android 12 actually do with unused apps?

The new feature, which effectively puts apps into hibernation mode if they go unused in Android 12, is still very much in beta. As is the new Android version itself. But it still offers some key insights into how it might work at the final release.

Summarily, when apps are placed in a hibernation state, they no longer send notifications to users. As shown in the images below, those apps will also stop storing any temporary files. And the permissions associated with the app will be revoked.

Apps enter into the hibernation state when they aren’t used for a few months. Opening up the app afterward will remove it from that state. But the apps can also, at least in the beta form, be placed there manually. That’s via the App info page for the individual apps, found in Settings or with a long-press on the app’s icon in recent apps.

So, for those who like to keep their favorite tax app installed, for example, that can essentially be turned off throughout the year when it isn’t used. And that will free up space and resources while keeping the app more secure without the need to uninstall altogether.

Android 12 should arrive later this year, with this feature in tow

Android 12 is, of course, directly associated with this change as part of Google’s push for better device and app management. Specifically, when that comes to privacy, efficiency, and making any smartphone more individual to the user. That means that the new feature isn’t likely to arrive in the near future. But it should land around late August or early September. That’s for OEMs that keep it intact and based on the historical timeframe for release, 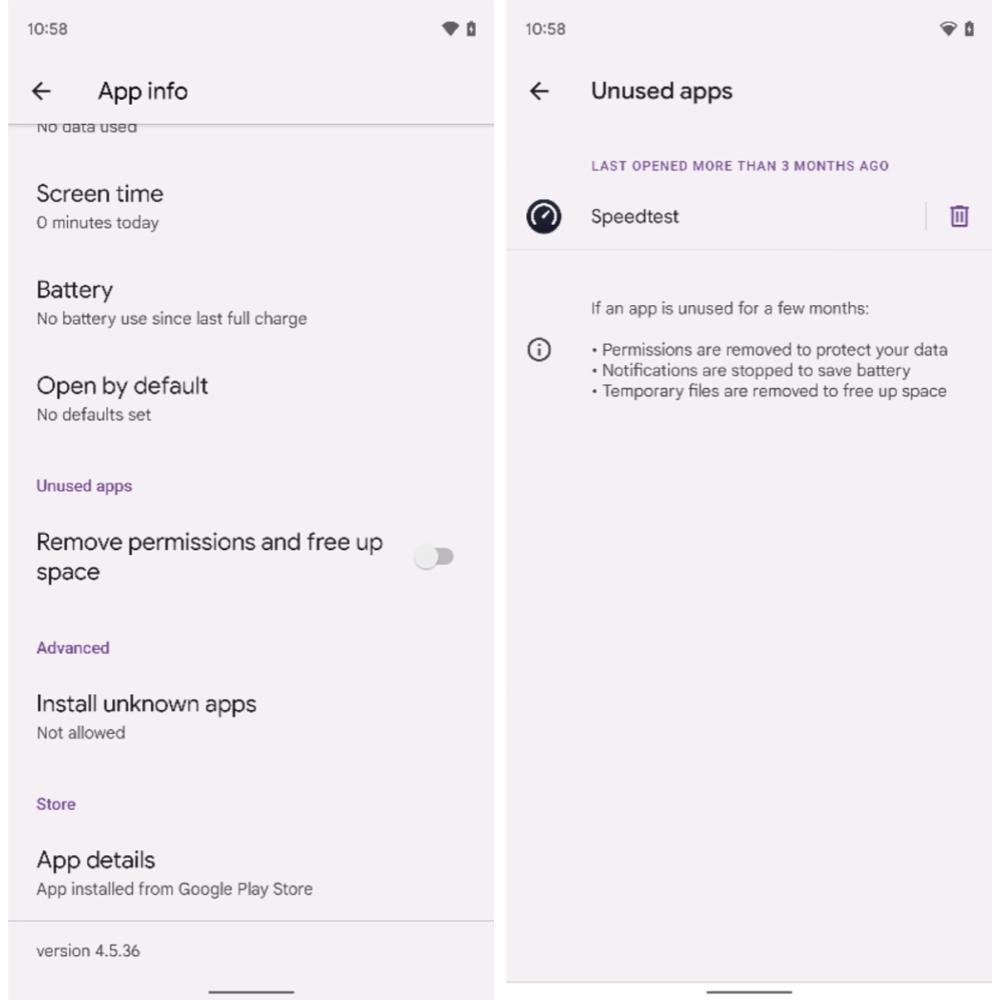