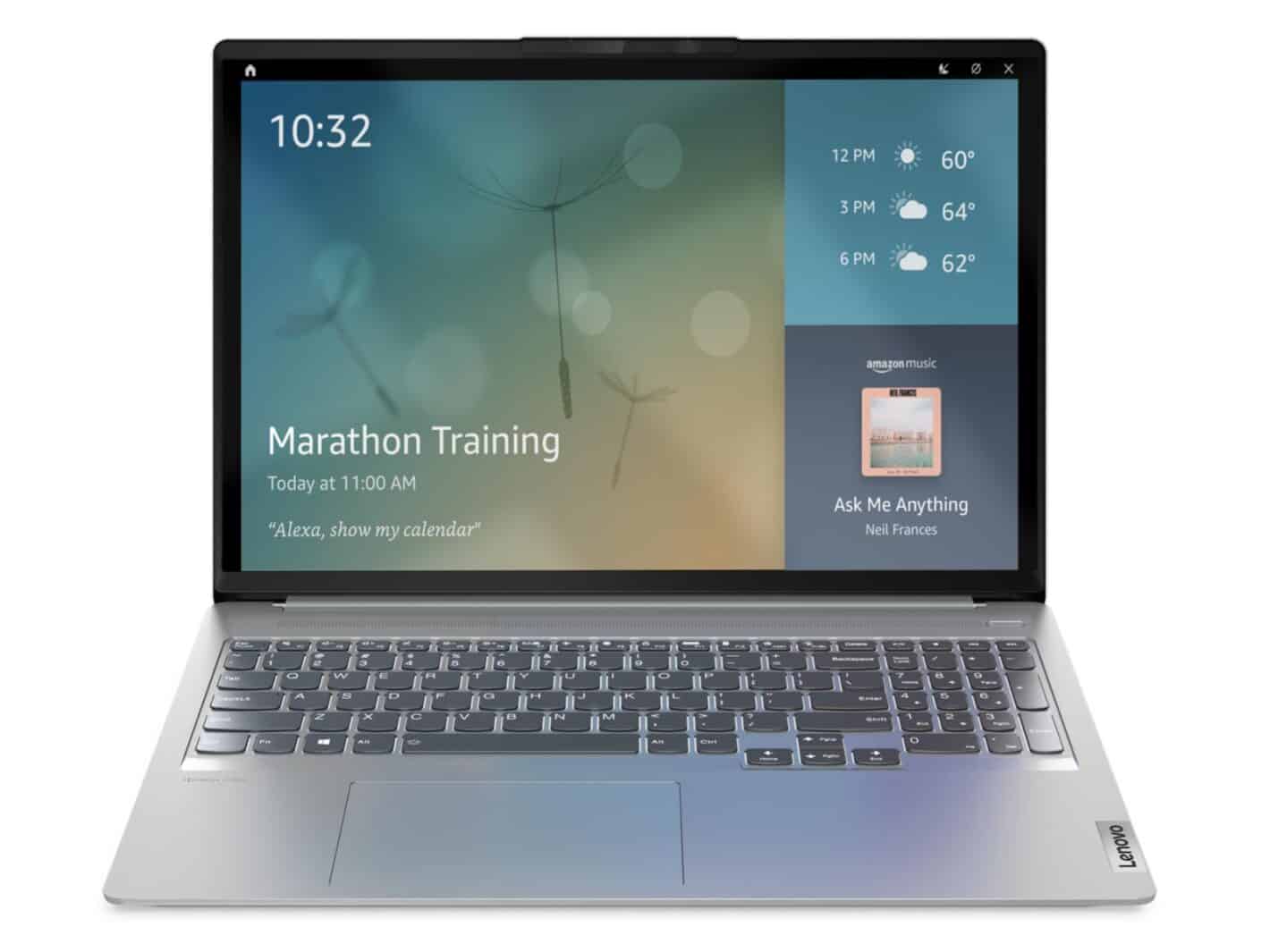 Amazon’s Alexa is one of the main competitors to Google’s Assistant. At CES this year, Amazon and Lenovo announced their partnership in which they unveiled Show Mode for select Lenovo PCs. This feature basically turns the computer into a larger-than-life Echo Show.

Based on a blog post from Amazon, Show Mode will bring a mostly full Echo Show experience to a handful of Lenovo laptops. These include Yoga, ThinkPad, and IdeaPad devices. They haven’t specified exactly which models will come with the feature, but they did indicate that it will only be for those running Windows 10. During CES, Lenovo showed off the feature using a Yoga Slim 9i.

You can activate Show Mode by clicking on the application on the computer or simply saying “Alexa, Open Show Mode.” This means that the microphones on these PCs will have to be good enough to pick up the sound from across the room.

Though the blog post states that Show Mode will give you manyof the features that you will find on an Echo Show, not all of them, you shouldn’t really expect to feel any lapse in features. You’ll have access to the features that make Alexa popular. You will even be able to control your smart home appliances from your laptop.

Amazon advertises a “set it and forget it” mentality behind the service. This means that the companies are pushing Show Mode as a seamless and effortless means of having interactions with Alexa.

As stated before, Show Mode is exclusive to only select Lenovo laptops. It’s currently available in the US, UK, Germany, Japan, India, Ireland, Austria, Canada, France, Italy, Spain, Australia, and New Zealand. It will launch in more markets as the year goes on.

Alexa is a powerful and highly versatile AI assistant

Google Assistant is a formidable assistant to tackle, but that doesn’t stop companies like Alexa from birthing their own assistant. Amazon’s Alexa was introduced back in 2014 alongside the Echo. Since then, it’s grown into a robust piece of AI goodness, being an integral part of the Echo ecosystem. Lenovo utilizing her in its computers is a testament to her influence.

Amazon said that she has more than 100,000 skills. She will more definitely cover the basics like adding items to schedules, telling you the weather, telling you traffic reports, controlling your music, searching the web for information, and the most important thing any virtual assistant can do, look up recipes.

With such a powerful AI, Show Mode for PC should definitely entice Lenovo users to try out the service. It may even drive lovers of Alexa and the Echo brand to consider getting a Lenovo PC.