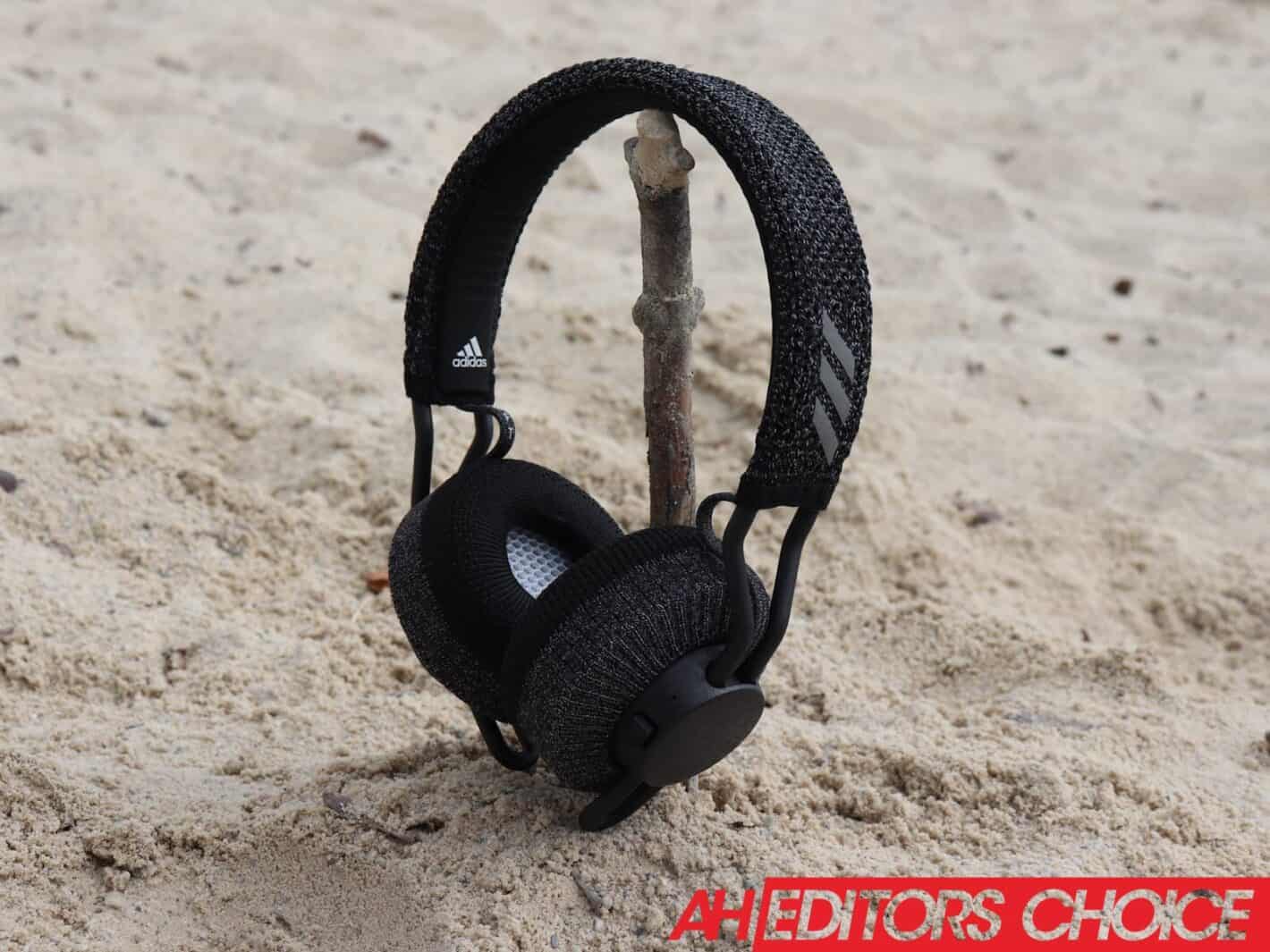 On-ear comfort, balance, and style but definitely not just great for sports

Adidas recently sent out its RPT-01 on-ear headphones for review and to say that I’m impressed would be an understatement. In fact, a full test of these headphones across everything from sound quality to battery life and connectivity showed only one or two caveats. Everything else, needless to say, fell right into or surpassed my expectation for a listening device in the $170 range.

Primarily, those caveats come down to the use case. For instance, these aren’t going to be the best for phone calls. And they don’t have the best range of any headphones I’ve ever used by any stretch. Conversely, Adidas does have some work to do on the personalization front as well.

But all things considered, those who choose to purchase Adidas RPT-01 won’t be disappointed. And that doesn’t just apply to workouts or sports either. These headphones, as we’ll discover in a moment, stand all on their own both in and well outside that category of listening devices.

On hardware, at the very least, Adidas nailed it with RPT-01

Adidas wrapped its RPT-01 on-ear headphones in premium fabrics and that made them incredibly comfortable under review. And that meant, in combination with the soft, plush cups on the ends of the headphone arms, they didn’t cause fatigue even through hours-long listening sessions. But comfort and top-tier materials aren’t the only positive notes for this hardware.

Adidas RPT-01 is also well-designed in terms of function and build. Not only are the primary moving components all-metal — wrapped in a textured, grippy finish. The way these headphones adjust hinges on hooked armbars. They’re going to last a long time with no sign of wearing out or getting loose. And that’s a problem I’ve noticed with at least some of the competition.

Additionally, the plugs and buttons are clicky and comfortable to use. So, overall, the hardware here feels like it should be much more expensive. 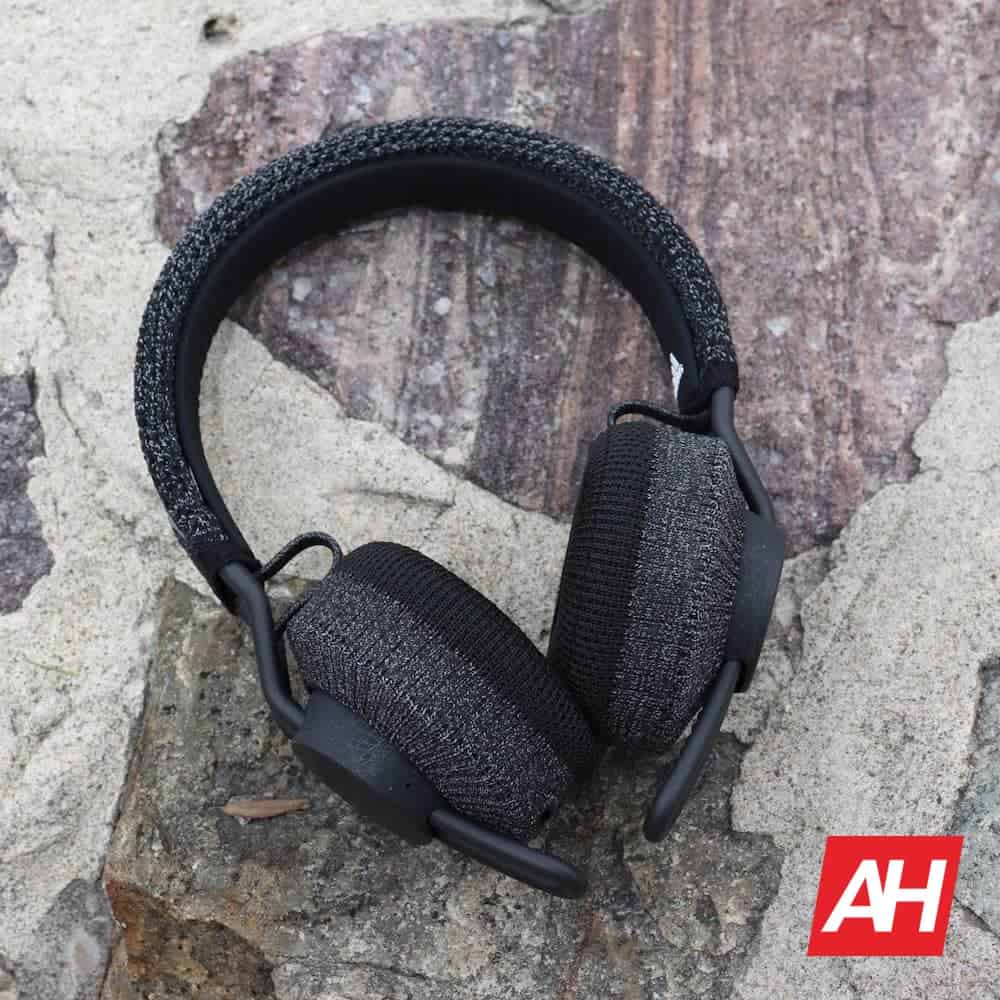 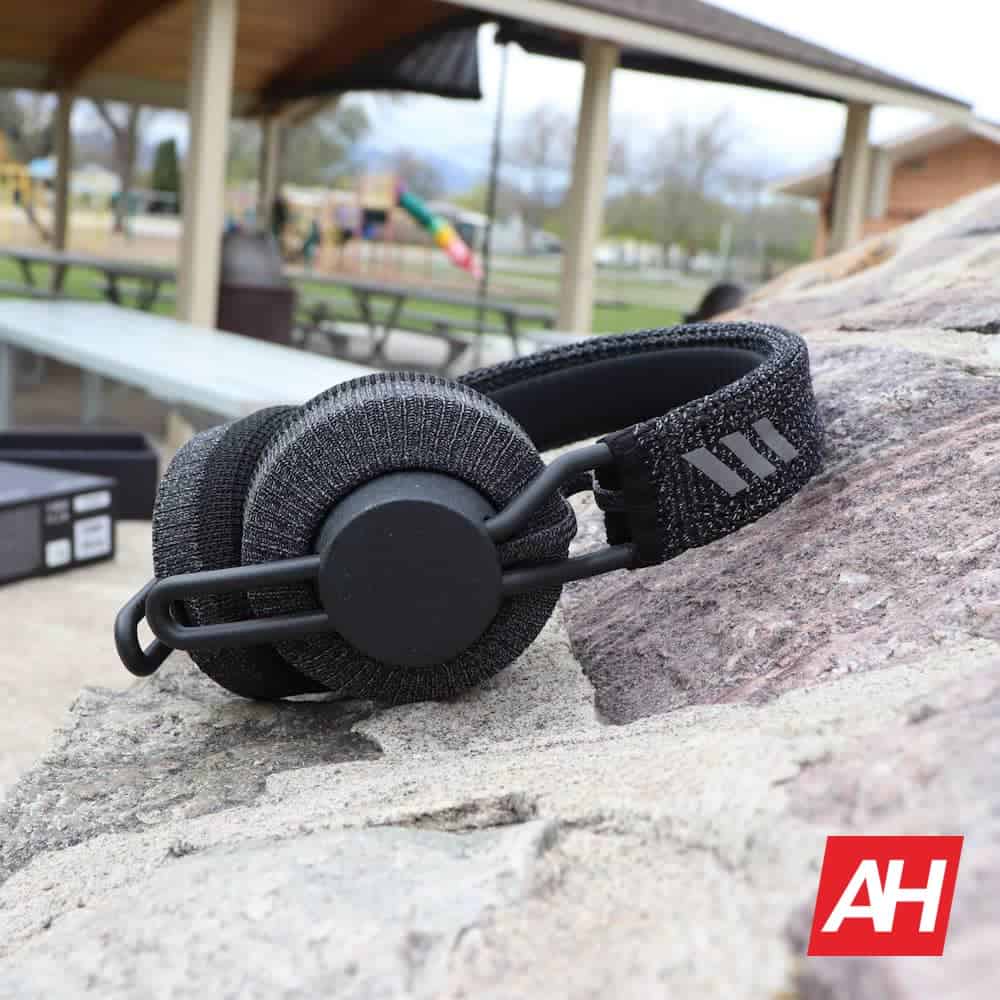 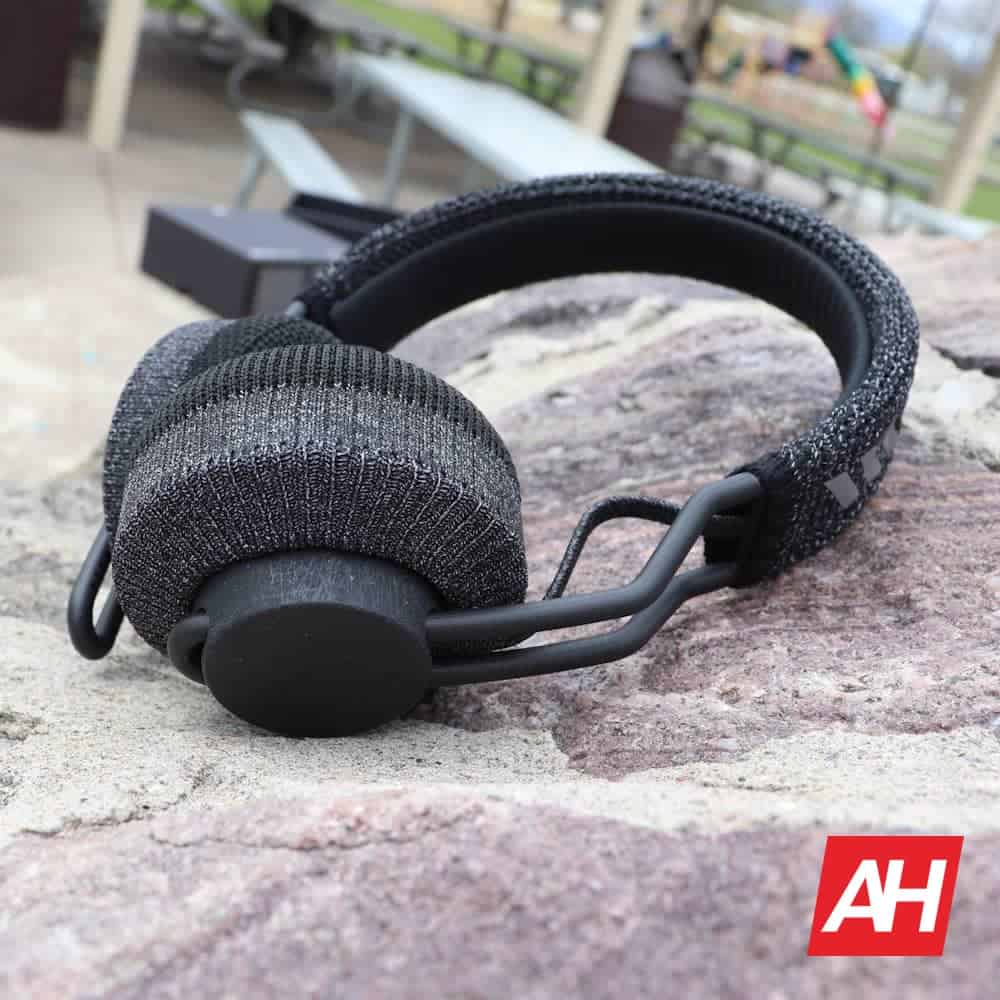 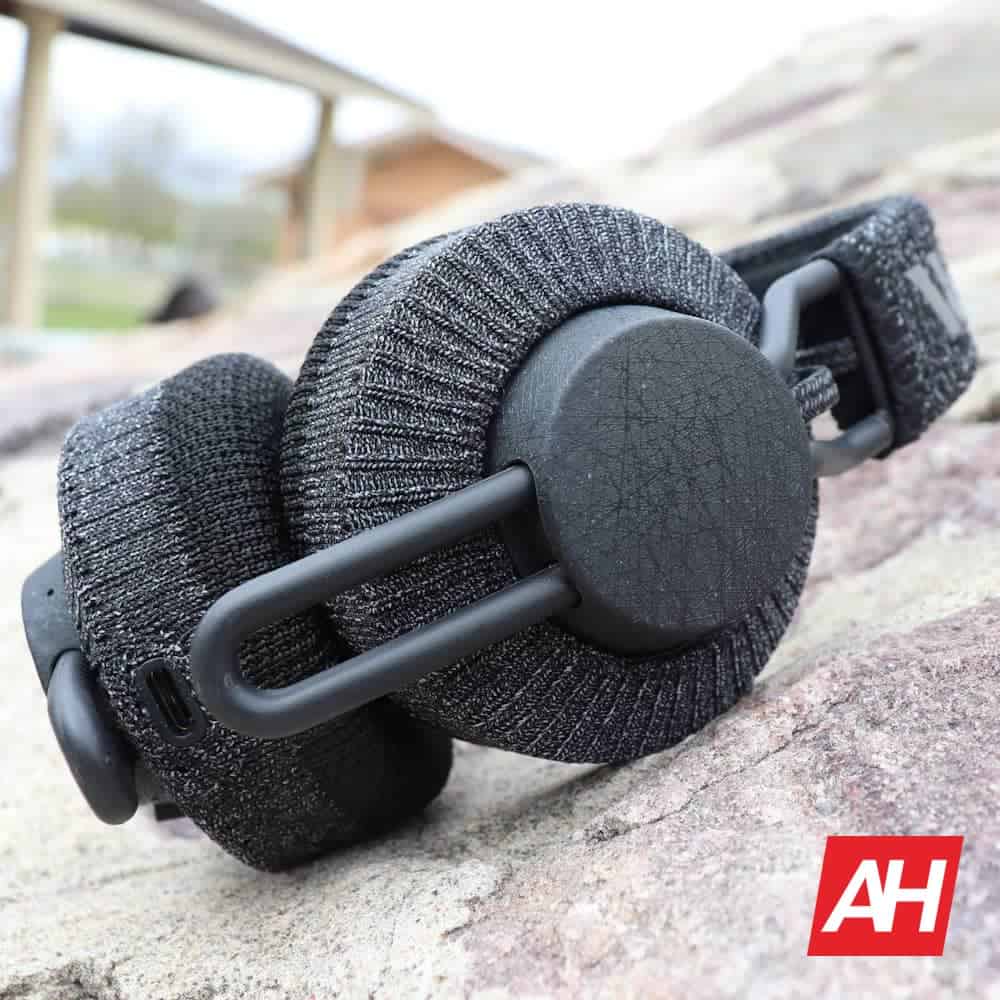 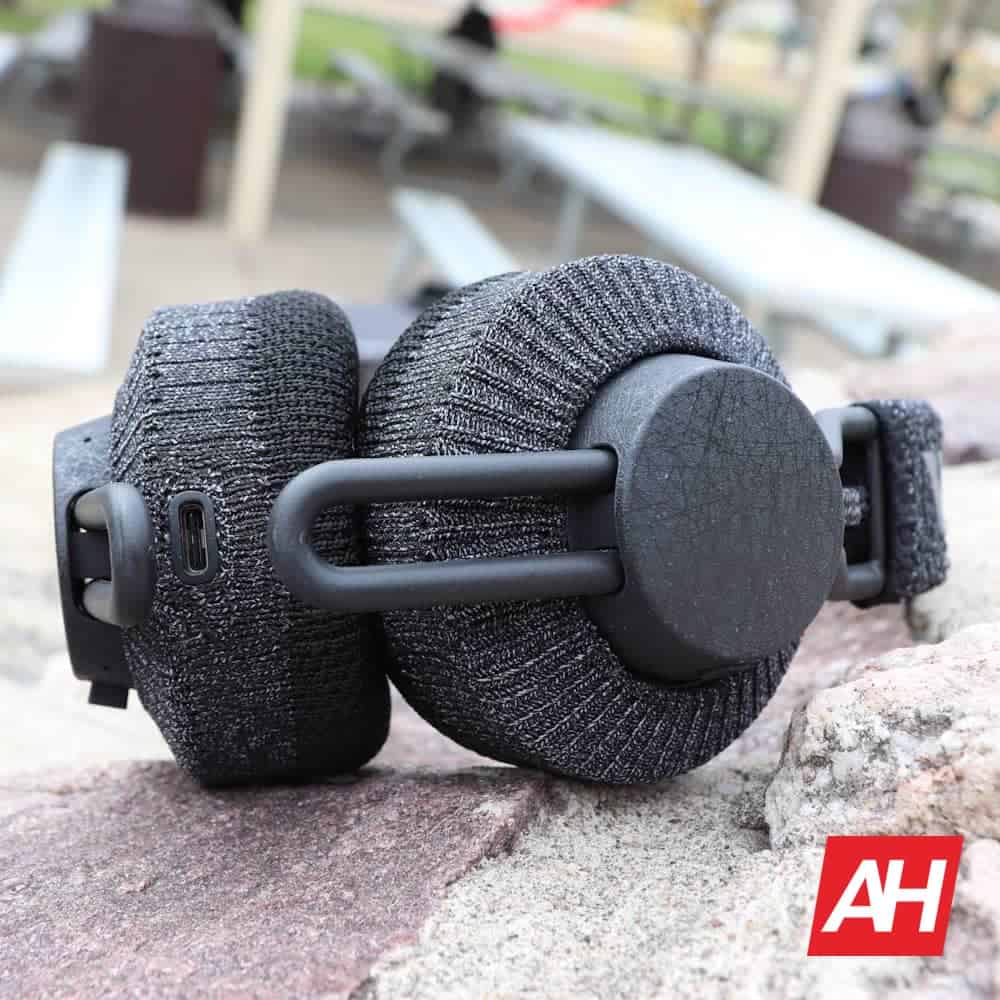 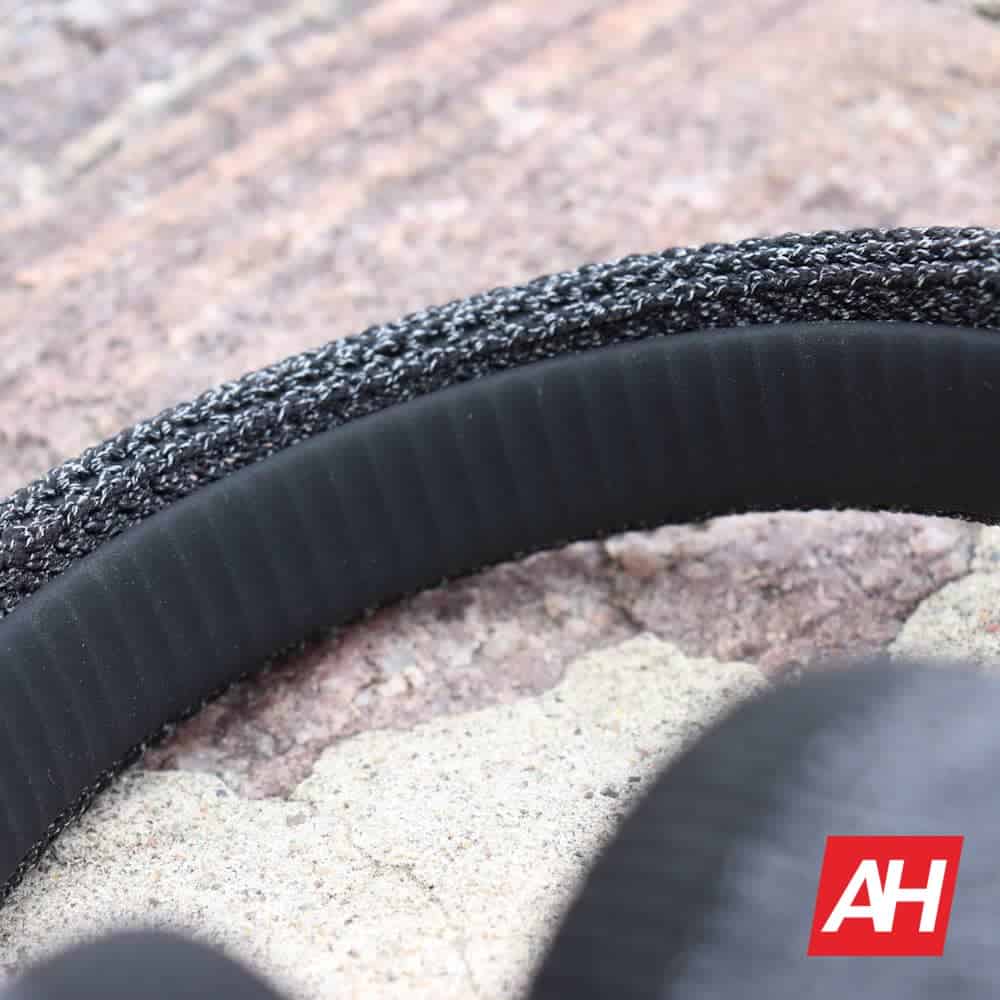 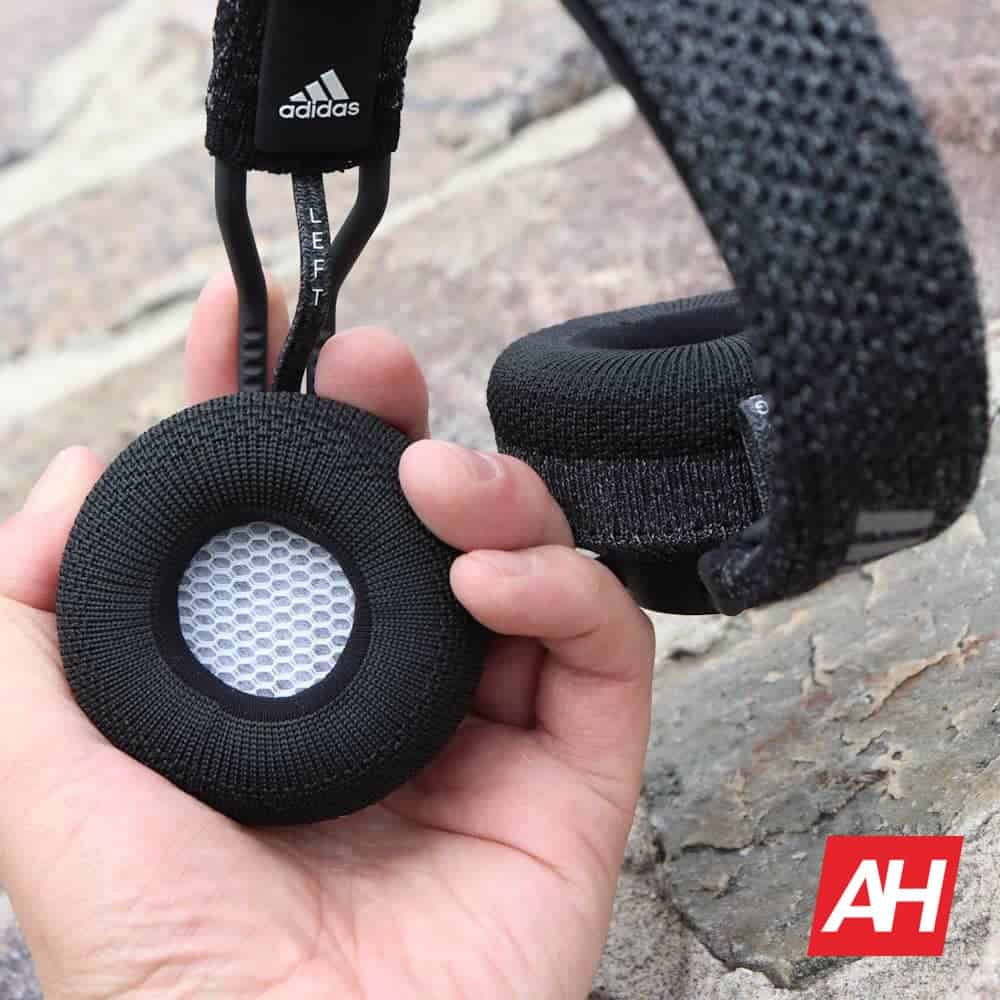 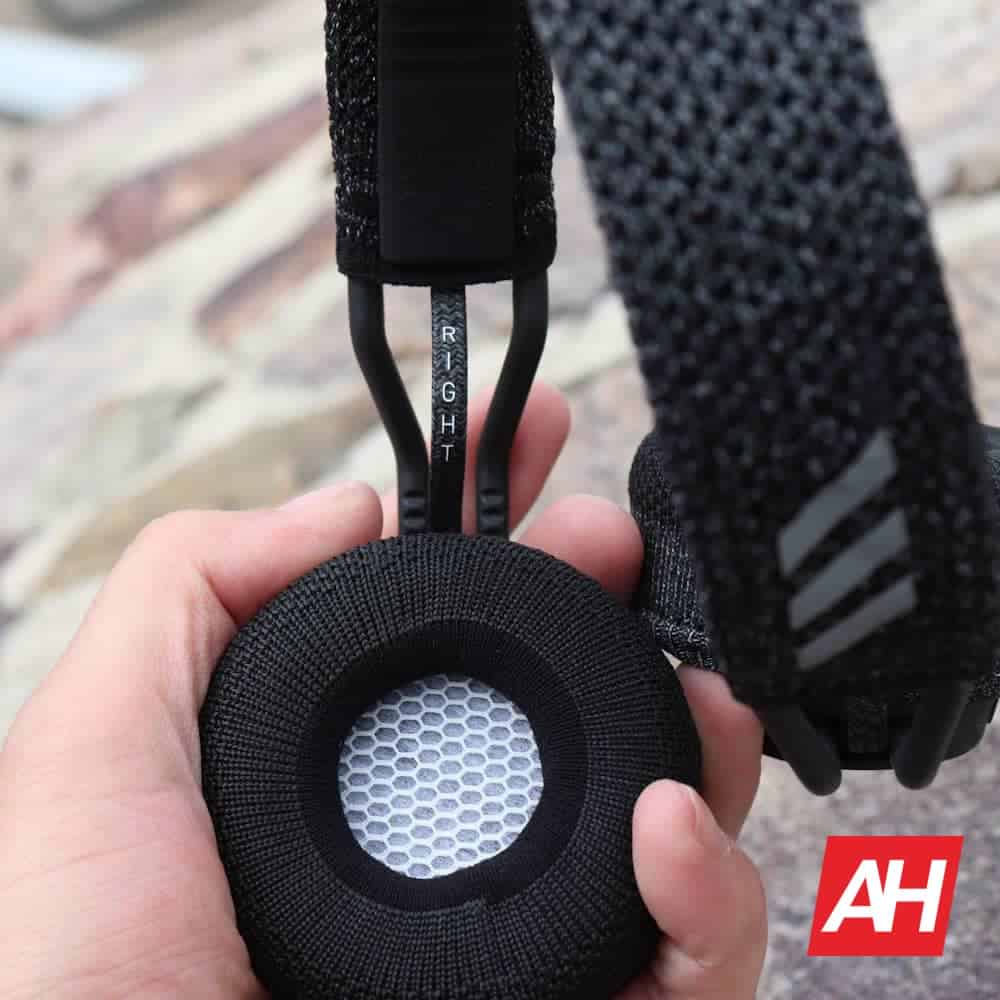 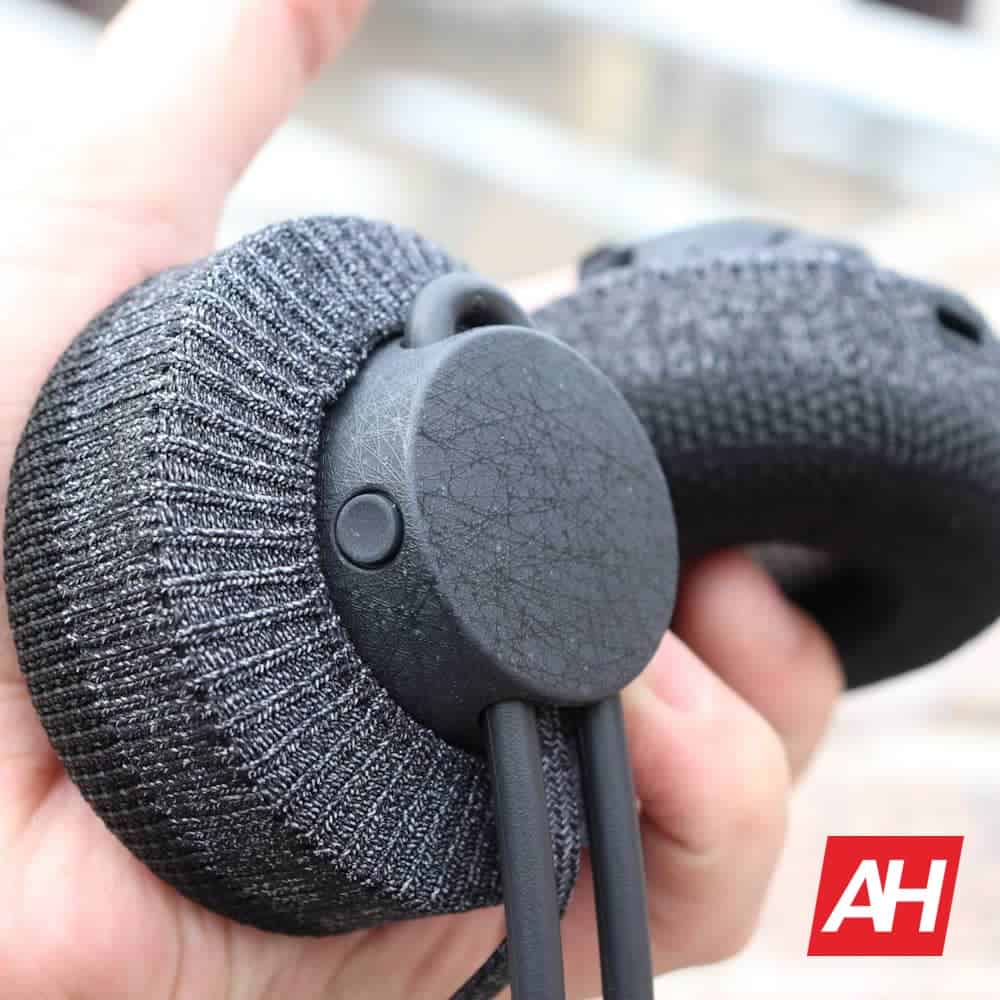 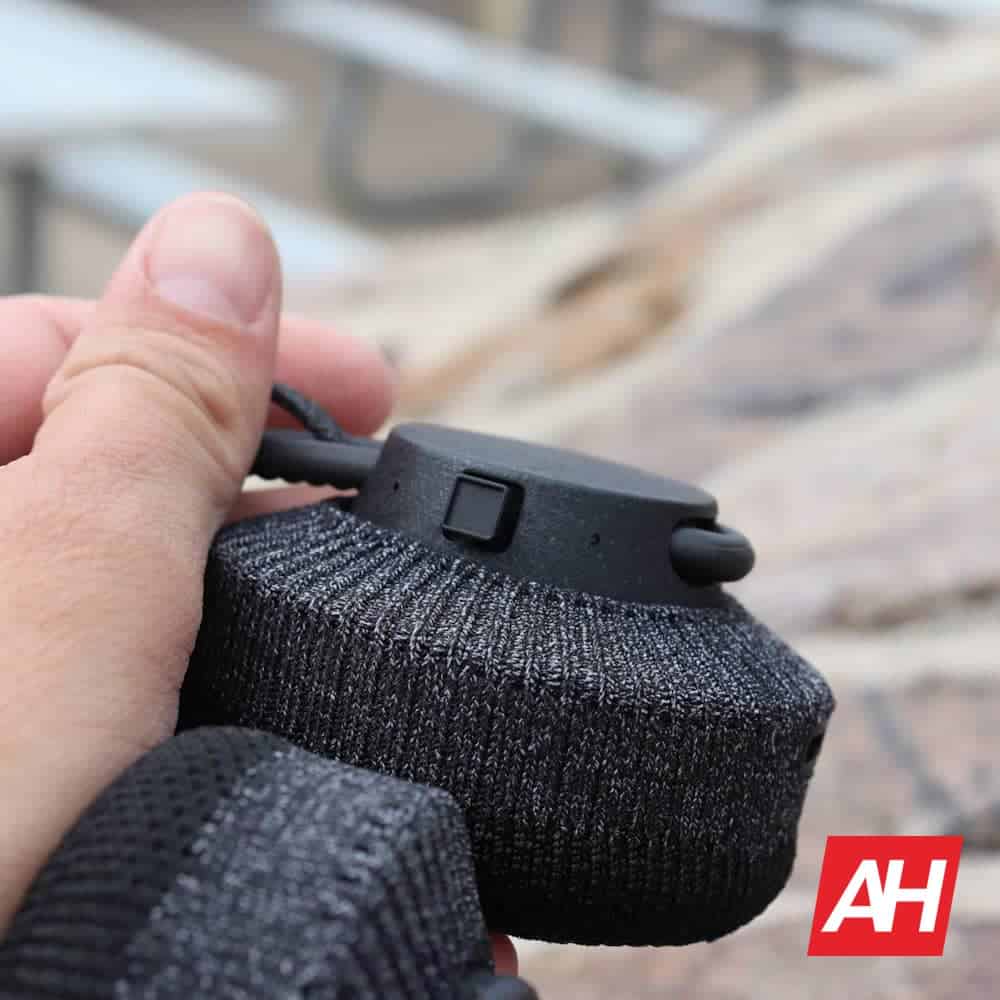 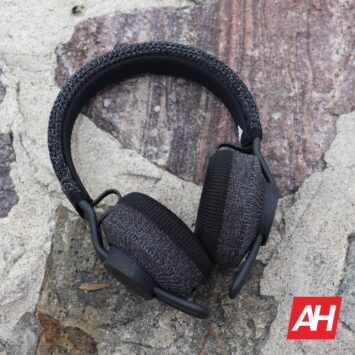 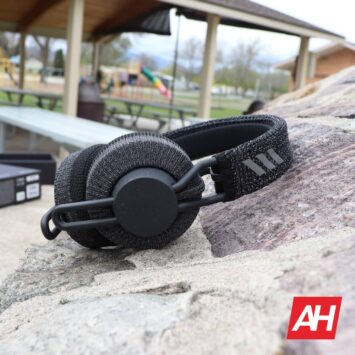 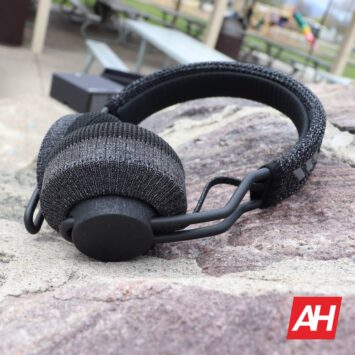 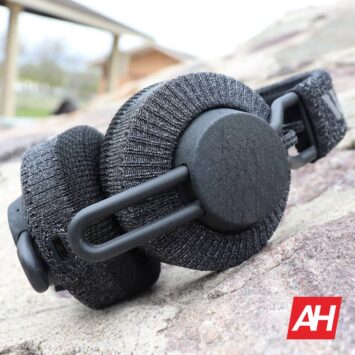 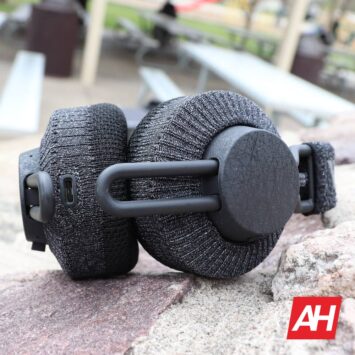 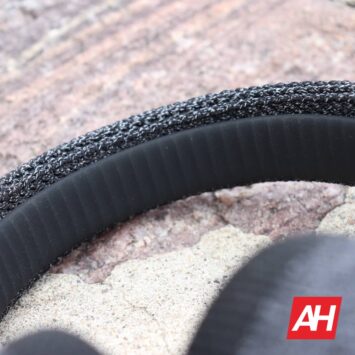 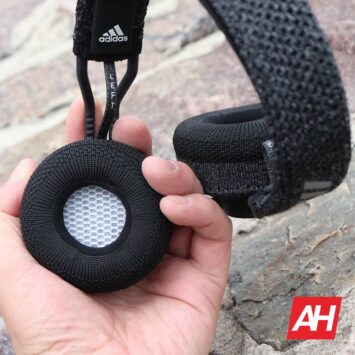 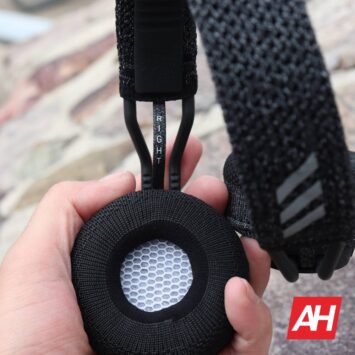 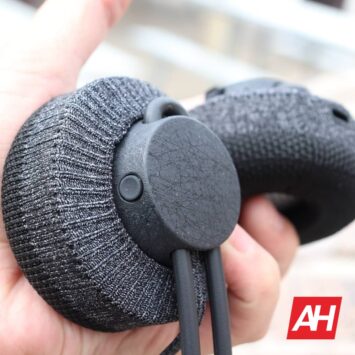 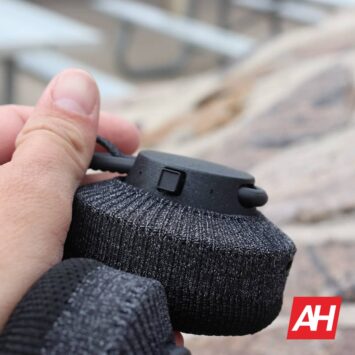 Setting aside hardware quality, the aesthetics and features on the hardware front are quite good too. Adidas sent the Night Grey variant of RPT-01 for review. So I arguably received the least aesthetic of the bunch, purely in terms of looks. These also ship in Light Grey, which is a lighter-toned version of what I reviewed, or a coral pink and light-blue Signal Coral coloration. Meaning that there’s a style here for just about everybody.

Feature-wise, Adidas built these headphones with no more than two buttons. The first, which is round, is customizable using the Adidas Headphones application. So users can set clicks, double-clicks, and triple-clicks to do different things.

The second button, however, takes a square shape. And it is undeniably the more impressive of the two and is something I wish more devices had. That works like a joystick for controlling volume and playback. But it also features double-click- and long-click-style interactions. All of which made it easy to interact with playback, access my voice assistant, adjust volume, and more without having to pull out my phone.

During my review of Adidas RPT-01, the batter was charged most of the way in just over an hour-and-a-half. It took just short of three hours to charge completely, with the latter portion taking much longer to finish up. So that isn’t going to be the best experience, although just over an hour-and-a-half isn’t necessarily bad either. At least not with consideration for other products on the market.

With more than 40-hours of claimed battery life, that also really shouldn’t be a problem. But the question remains. Can Adidas RPT-01 actually attain 40 or more hours without sacrifice?

The short answer is, of course, “yes” but things are more complicated than that. Especially when we’re discussing something as subjective as battery life. For my battery test, I played these earbuds at around 85-percent volume and at a distance of around 20-feet. I also utilized YouTube Music with the streaming quality set at the highest setting. And all of those kinds of factors are going to impact battery life.

Despite my somewhat extreme test circumstances — most users will be using in less battery-intensive scenarios — I saw battery life of well over 44-hours. That, in and of itself, is beyond what many competitors in the same market segment accomplish. If used solely for workouts, since Adidas RPT-01 can be completely turned off, that’s going to put the battery life at days rather than just hours. At least in terms of real-world use.

So the biggest problem for Adidas RPT-01 may be that you’ll need to remember to actually charge them every once in a while.

It goes without saying that when a product comes from Adidas, sports are at the forefront of the design standards. But, as shown during my review of Adidas RPT-01 that doesn’t mean the products are only good for sports. On audio, these on-ear headphones are going to be some of the best in the category, whether you’re working out, warming up, playing sports, or just lounging at home.

In fact, the audio clarity, balance, spatial placement, and frequency coverage here is — at least at first glance — far too good for the $169.99 price tag. With these on-ear headphones currently selling for just $129.99 as of this writing, they’re going to be one of the best values around. Bar none.

Where some headphones aim to be slightly bass-heavy, Adidas RPT-01 aims for a comfortable middle-ground. Namely, aiming to present flat audio that’s in line with the intentions of whoever recorded it. So, where songs need thumping, pounding bass, they present that. And where mids or highs are more important, they shine forward almost exactly how I’d expect.

That’s not to say that these headphones are ‘audiophile good’. That would be a stretch for any listening gadget under the $300 – $400 mark. And Adidas built these for a much lower cost range than that. But they do sound just about as close to that category as is possible in this price bracket.

I did, however, note one or two issues with using these headphones for phone calls. More precisely, they just aren’t great for that since the mic is placed on the ear cup and there isn’t any noise-cancellation to speak of. That’s just not what these headphones are designed for. And as a result, they are just quieter and less clear than I’d have liked on both ends.

Of course, they are usable for calls even if that isn’t their primary purpose. That simply isn’t what I’d use them for on a regular basis.

Are connections and features as good as everything else?

Now, we’ve already discussed what my favorite feature was during my review of Adidas RPT-01. Namely, the joystick-like multi-function button. But the other, round button does also have a pretty significant caveat. Namely, when using the other button, which is customizable, customizations are limited. And that’s potentially limited beyond usability.

The customizable button can, summarily, only access a few select apps — just Spotify, as of this writing. And it only otherwise works to access on-device AI assistants or the Adidas Running app. So I didn’t actually get as much use out of that button as I would have hoped. At least not as much as I’d hope for a button I’m supposed to be able to customize.

With that said, otherwise, the features of these headphones are well beyond expectation. Especially when paired with the Adidas Headphones app for EQ features.

Connectivity was on par as well. I was able to listen to these headphones beyond the expected maximum distance. Which I’ve found to be at around 30-feet, on average, for Bluetooth headphones. That’s with obstructions such as walls and other objects getting in the way. As opposed to “line-of-sight” which is a much larger distance for Bluetooth 5.0. And that stayed solid throughout my listening sessions. The sole caveat on that front is that there’s no wired listening option since that’s still available on many competing over-or-on-ear Bluetooth listening gadgets.

In the world of wearables, finding a listening device that meets every need is nearly impossible. At least not without spending an inordinate amount of money. But, despite that, Adidas has managed to accomplish that very feat. Especially where headphones designed for their specific niche are concerned.

Not only will these pair nicely with your favorite workout apps. But they’re also genuinely good headphones all on their own. As shown via this review, there just isn’t a whole lot not to like about Adidas RPT-01. Yes, the call quality could stand to be improved. And yes there is both the fact that there’s only Bluetooth as a playback option and limited functionality for many users in the multi-function customizable button. There’s also the fact that these are absolutely not audiophile-ready.