Google has developed a new metric called Violative View Rate (VVR) that measures the company’s progress on removing violative videos from YouTube. VVR shows the percentage of views on the platform that comes from content that violates its policies.

Updated quarterly, Google will begin sharing the stat in its YouTube Community Guidelines Enforcement Report. The report will feature a separate section called “Views” which will lay out the historical VVR data.

In a blog post on Tuesday, YouTube’s director of trust and safety Jennifer O’Connor said the company began tracking this data back in 2017. As you can see in the chart below, the VVR in Q4 2017 was between 0.63 and 0.72 percent. This essentially means out of every 10,000 views on YouTube during that period, 63-72 came from violative content. 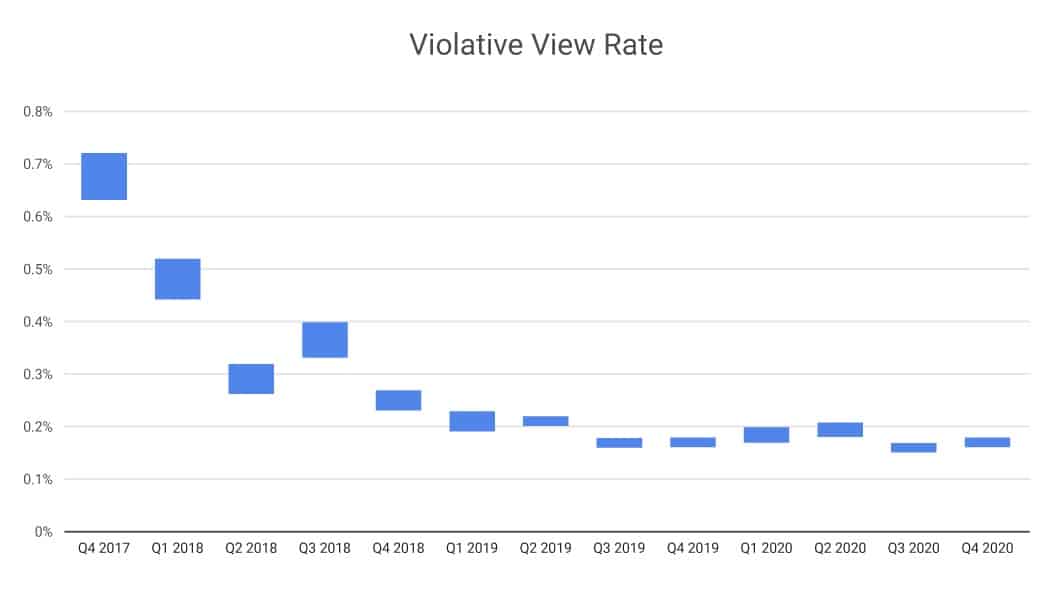 Fast forward to Q4 2020, that rate has fallen to 0.16-0.18 percent, a decline of over 70 percent. This shows the progress YouTube has made in enforcing its policies on the platform. “In large part thanks to our investments in machine learning,” O’Connor wrote.

With the help of machine learning technology, YouTube is now reportedly able to detect 94 percent of all violative content automatically. Almost three-fourth of such videos are removed even before they have received 10 views. That progress is quite visible in the historical VVR data.

In Q4 2020, the company removed 2,055,515 channels for violating its policies. When a channel is terminated, all of its videos are removed. These channels had cumulatively uploaded 51,078,806 videos on the platform, and none of them exist anymore.

Around 41 percent of those videos compromised child safety. A further 20.6 percent of them contained violent or graphic content. VVR now shows an estimate of how such violative videos impact viewers.

YouTube claims VVR is the “best way for the company to understand how harmful content impacts viewers”. It’s a better metric than, for example, calculating the turnaround time to remove a violative video.

“Compare a violative video that got 100 views but stayed on our platform for more than 24 hours with content that reached thousands of views in the first few hours before removal. Which ultimately has more impact?” the company argues.

However, VVR only accounts for videos that violate YouTube’s policies. So views from some possibly harmful content that don’t necessarily violate its policies do not factor in this stat. Nonetheless, it’s nice to see Google making efforts to remove violative content from YouTube before it reaches viewers. 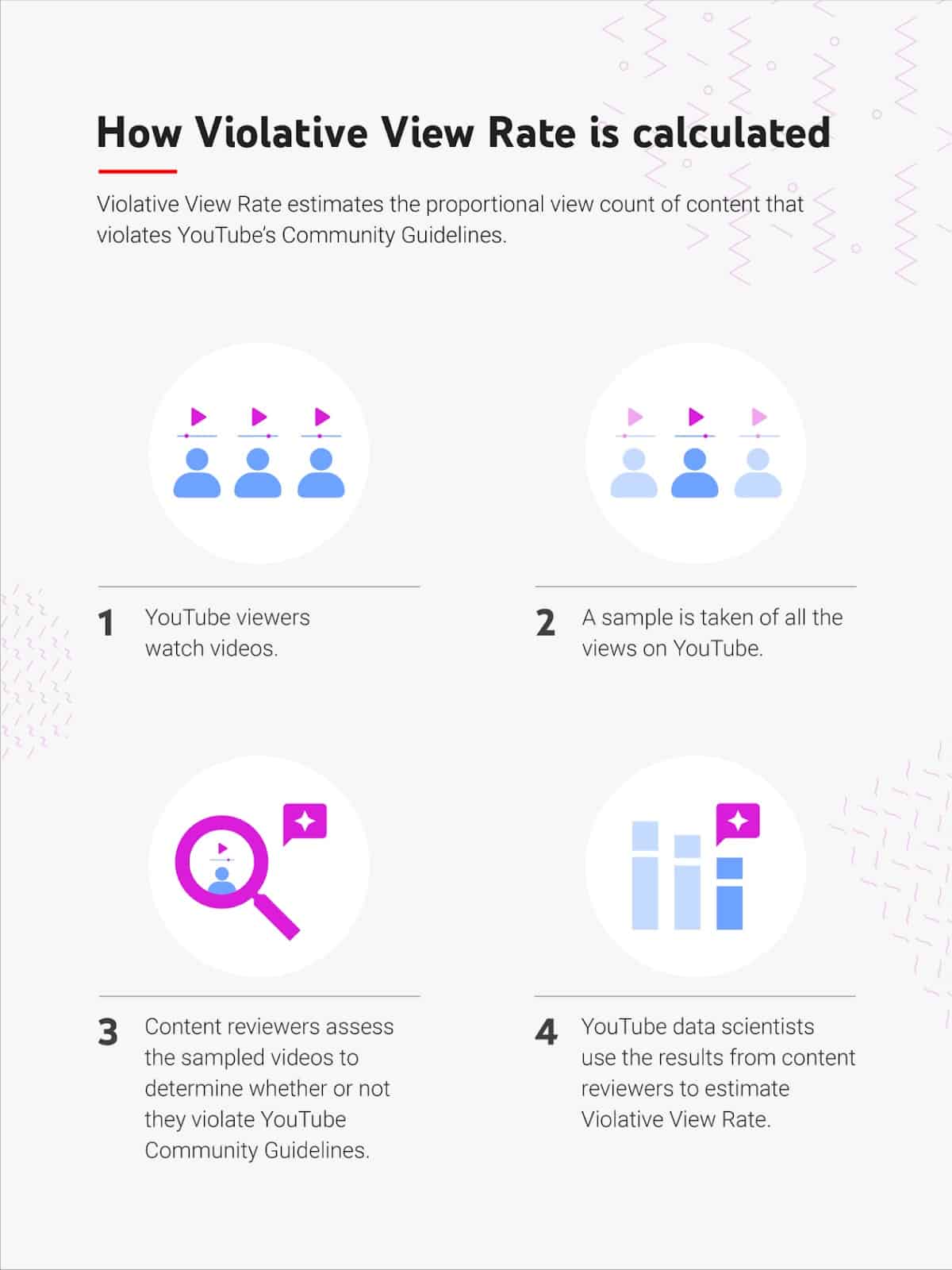