Believe it or not, Xiaomi’s new smartphone design features a thunderbolt camera design. Yes, it’s exactly what it sounds like. Its rear cameras are placed in a way to form a thunderbolt.

This new design has been patented by Apple. The patent was officially released yesterday, but it was submitted back in October 2020. A brief description is included with this design, says Letsgodigital.

It says that this is a modern smartphone with a sleek and progressive design. Now, you’ll notice that several different iterations of this design are pictured. In one, the thunderbolt camera is placed in the top-left corner, in the other, it’s centered vertically, while the last iteration shows the cameras in a horizontal position in the top-left corner.

Now, in regards to the device that these cameras are attached to. It offers a boxy design, and it shows that the camera setup does protrude on the back. The bottom bezel is slightly thicker than the rest of them, on this phone.

This is just a new design that Xiaomi patented, but it may come to fruition at some point

That being said, this is just a design that the company patented. As it’s usually the case, smartphone OEMs patent tons of such designs, and very few of them actually become real products.

This camera design on the back does look rather interesting, though, it would be fun to see it on a real device. That may actually happen at some point, we’ll see.

Xiaomi does have big plans for the rest of 2021, though. The company already announced quite a few devices this year, but more are coming. The Xiaomi Mi MIX Fold is arguably the most interesting phone Xiaomi announced this year. 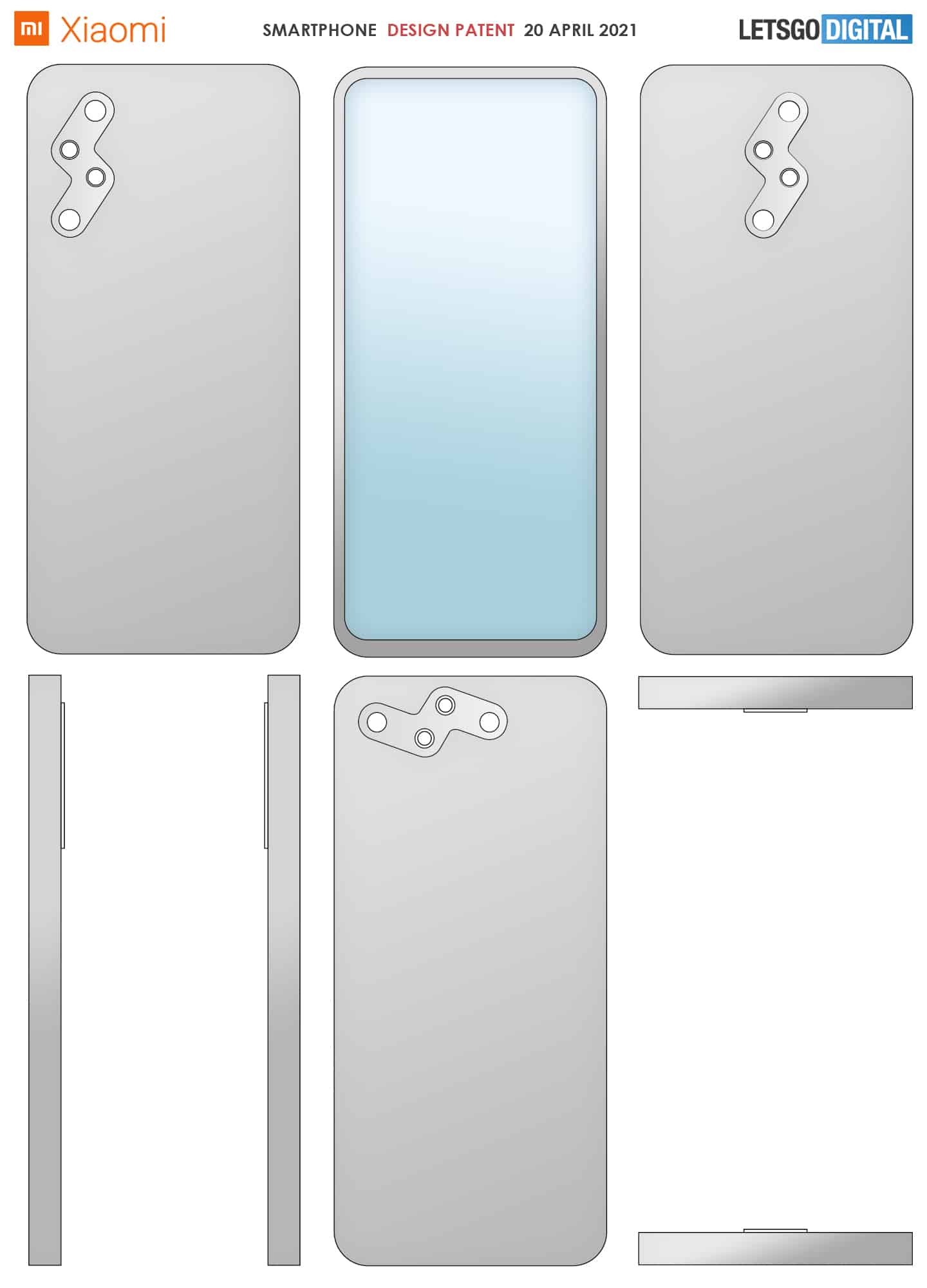