According to some new information that surfaced online, Xiaomi is planning to launch three new tablets. This could be Xiaomi’s answer to Huawei’s declining market share when it comes to mobile devices.

Android tablets haven’t really been a thing for quite some time now. A lot of OEMs stopped releasing them altogether. Huawei, Samsung, and Lenovo were amongst the rare ones to release tablets, at least from well-known OEMs.

Now, according to the report, Xiaomi will launch three tablets, all of which will be fueled by the Snapdragon 800 series chipsets. In other words, all three tablets will be quite powerful, it seems.

Based on the information from ‘xiaomiui’ Twitter account, the company is working on “Enuma”, “Elish”, and “Nabu” tablets. Those are just codenames, and they’re coming with model numbers K81, K81A, and K82, respectively. 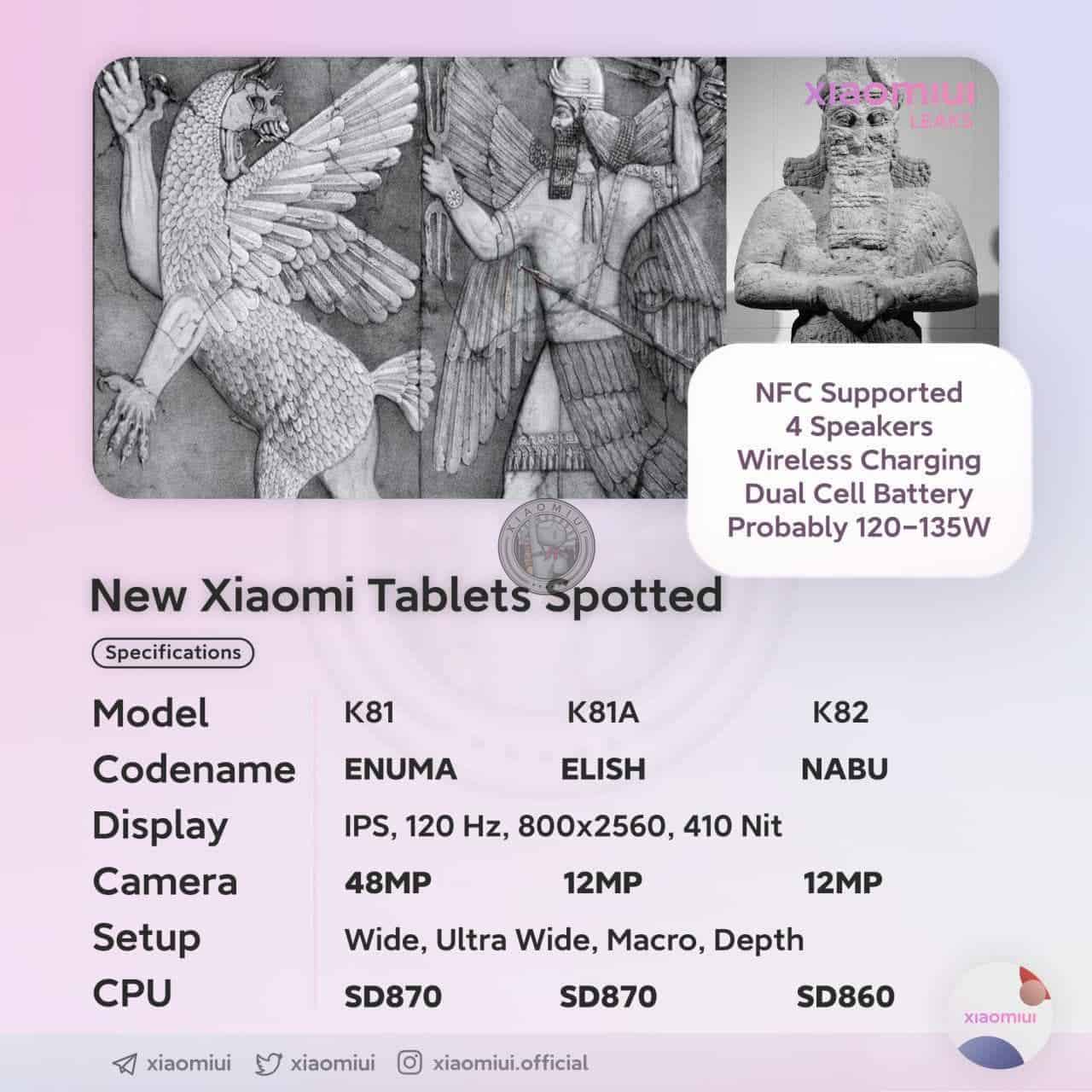 All three tablets are said to support NFC, and include four speakers. The source also mentions “Dual Cell Battery”, and wireless charging. These tablets will also support extremely fast charging, according to the source, 120-135W wired charging.

All of this sounds great, presuming it’s true. This is not our usual source for Xiaomi’s upcoming products, so take the information with a grain of salt. The info may be accurate, but let’s wait and see.