New reports are out, and they both say Samsung is still the no.1 smartphone OEM in the world, by far. These reports come from IDC and Canalys, and they are for Q1 2021. The numbers are slightly different, but they do agree in general.

Let’s take a look at IDC first, shall we. If you take a look at the image below, you’ll be able to see the top 5 smartphone OEMs for Q1 2021. Samsung is first, and is followed by Apple, Xiaomi, OPPO, and Vivo. 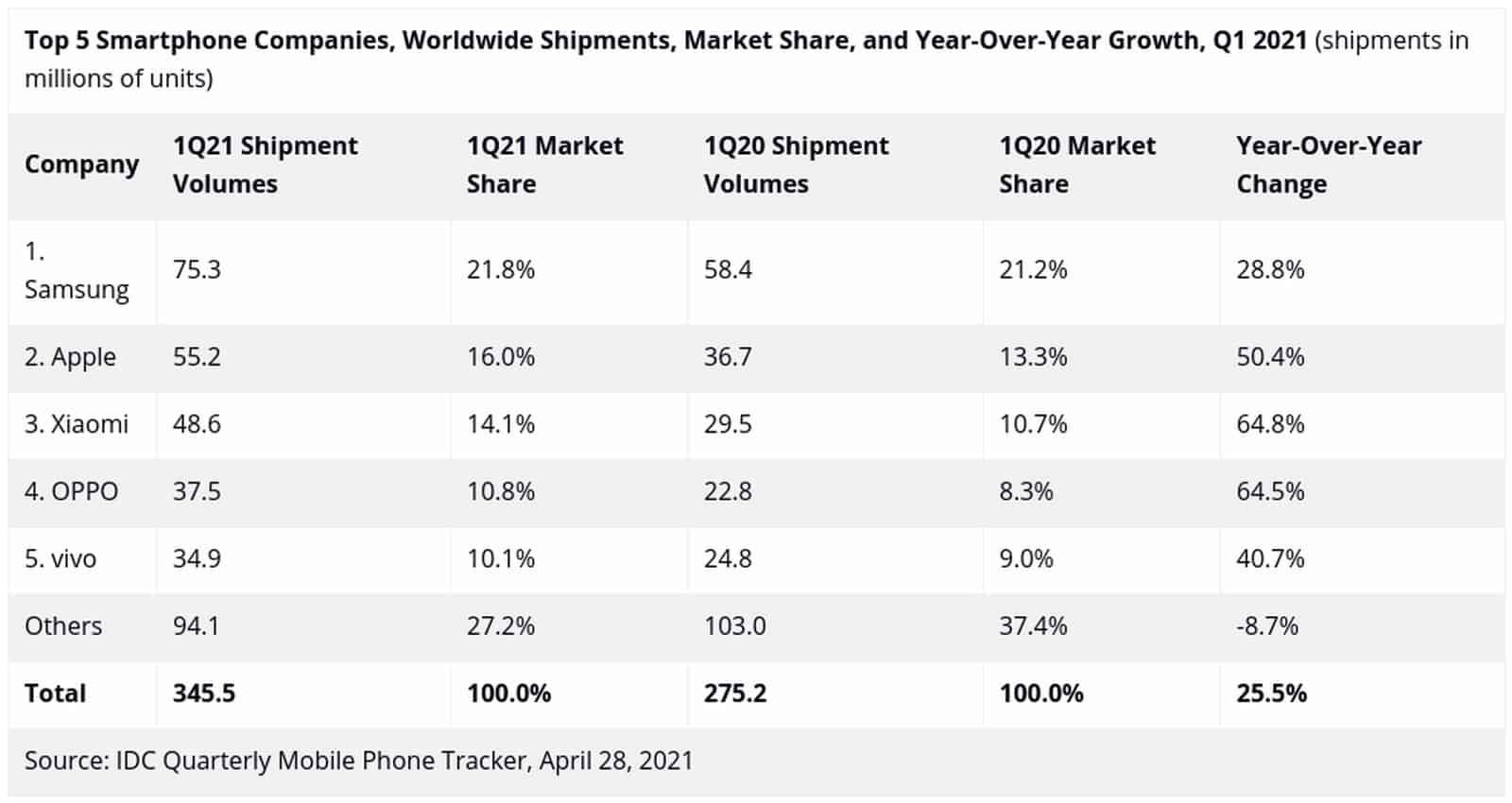 Samsung managed to ship 75.3 million smartphones, and take 21.8-percent of the market. The company managed to mark a 28.8-percent growth compared to the same period last year.

Apple shipped out 55.2 million smartphones, and took 16-percent of the market. The company grew by 50.4-percent YoY, which is commendable. Xiaomi shipped out 48.6 million devices, while OPPO and Vivo are at 37.5 and 34.9 million, respectively.

Xiaomi grew the most YoY, closely followed by OPPO

According to IDC, Xiaomi has seen the biggest growth out of the top 5 companies, as it grew 64.8-percent YoY. OPPO is a close second in that regard, though, as it shipped 64.5-percent more smartphones than in the same period last year.

In regards to Canalys, things are very similar. The order is the same, though the numbers are a bit different. If you take a look at the image below, you’ll be able to see that Canalys reports Samsung shipped out 76.5 million smartphones in Q1 2021, and took 22-percent of the market. 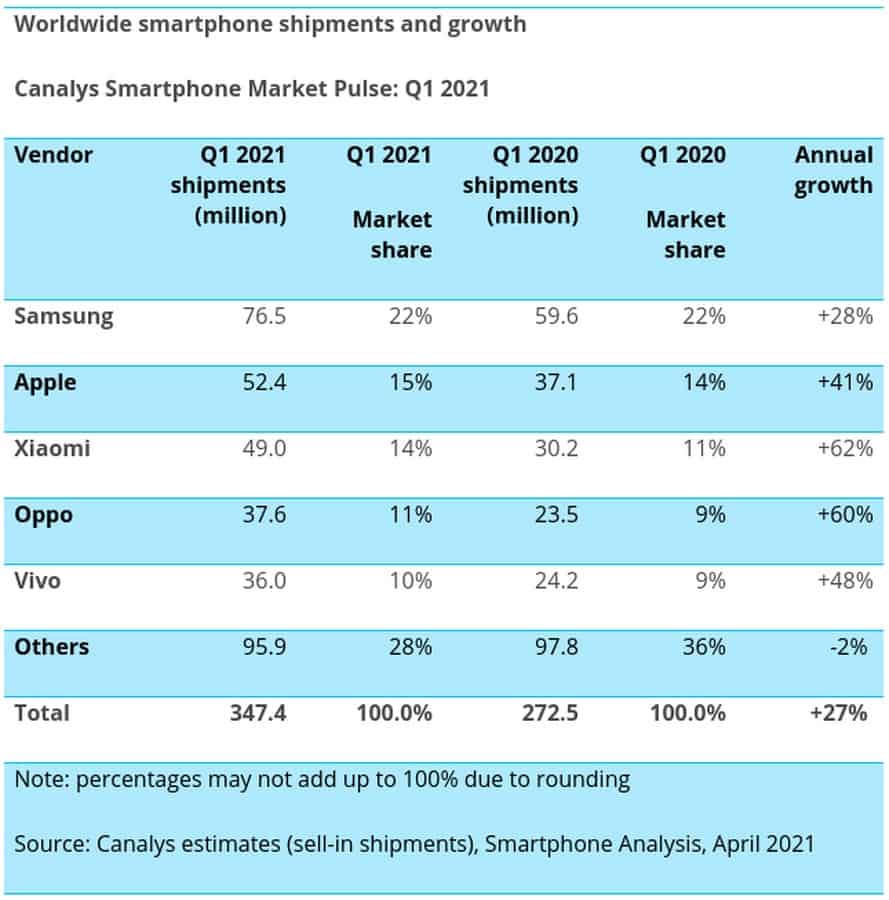 According to Canalys, Apple shipped out 52.4 million, and is followed by Xiaomi with 49 million, OPPO with 37.6 million, and Vivo with 36 million smartphones. Apple took 15-percent of the market, Xiaomi 14-percent, OPPO 11-percent, and Vivo 10-percent.

Xiaomi had the most notable growth YoY according to Canalys as well, a growth of 62-percent. OPPO is a close second with 60-percent, followed by Vivo’s 48-percent.

This was a record-breaking quarter for smartphone shipments

IDC actually says that this was a record for worldwide smartphone shipments. All companies together shipped 345.5 million smartphones, which is a 25.5-percent growth YoY.