Eight Android apps have been discovered to make unauthorized purchases, and you should uninstall them right away, if you have them on your phone. This information comes from McAfee.

Do note that neither of the apps we’re talking about are currently listed in the Play Store, as Google removed them. They were available in Southwest Asia and the Arabian Peninsula, but McAfee’s report got them removed.

Uninstall these 8 apps straight away, if they’re on your phone

Before we start talking about the malware itself, check out the list below, where you’ll be able to see the apps we’re talking about. Once again, they can no longer be accessed via the Play Store.

The apps in question are: 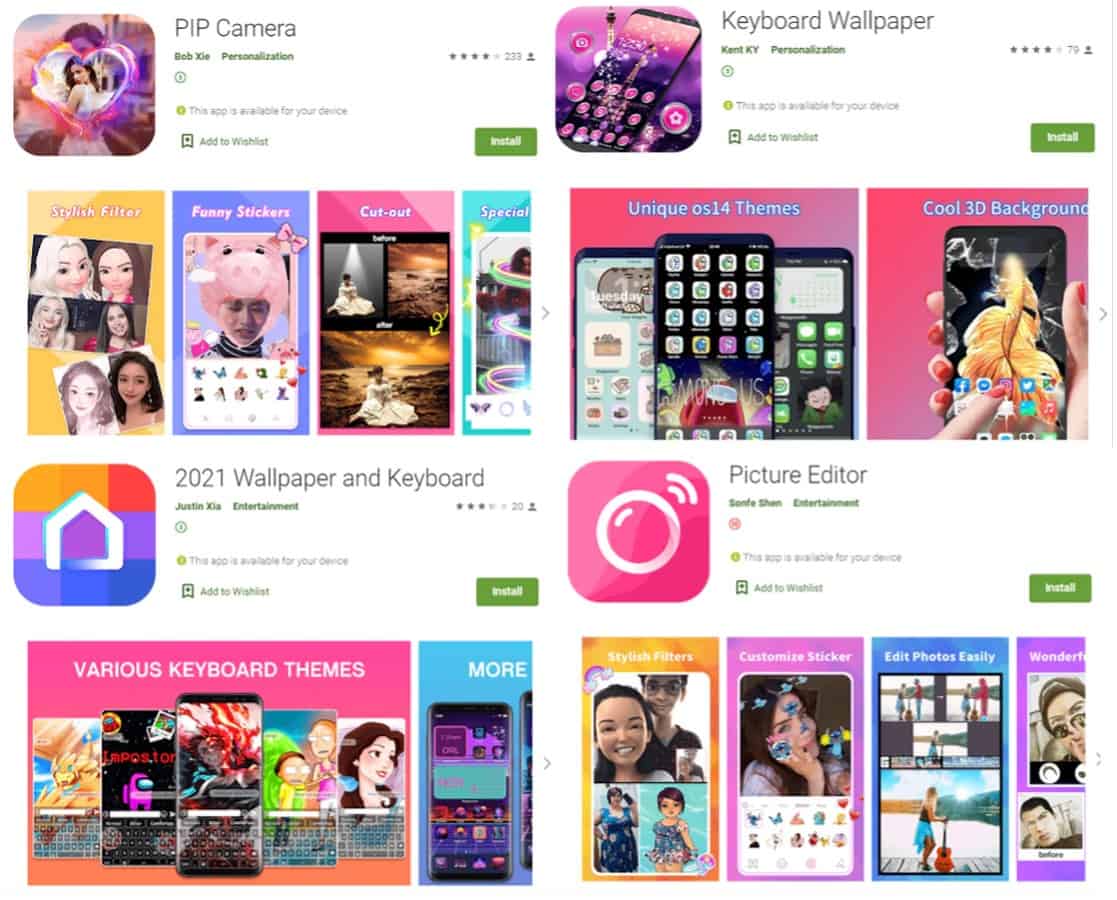 These apps were disguised as photo editors, wallpaper apps, puzzle apps, keyboard skins, and other camera-related apps. The apps were clean when initially submitted to the Play Store, but the malicious code was added later on.

They’re infected by a malware referred to as “Etinu”

McAfee refers to the malware in question as “Etinu”. It is quite similar to another malware family called “Joker”. They function in the same way, as they hijack text messages and make unauthorized purchases.

Now, these apps are no longer in the Play Store, but if you still have them on your phone, that’s a huge problem. If any of the mentioned apps are on your phone, uninstall them immediately. Having them on your device could cost you some serious money, and the problem won’t go away until they’re removed from your phone.