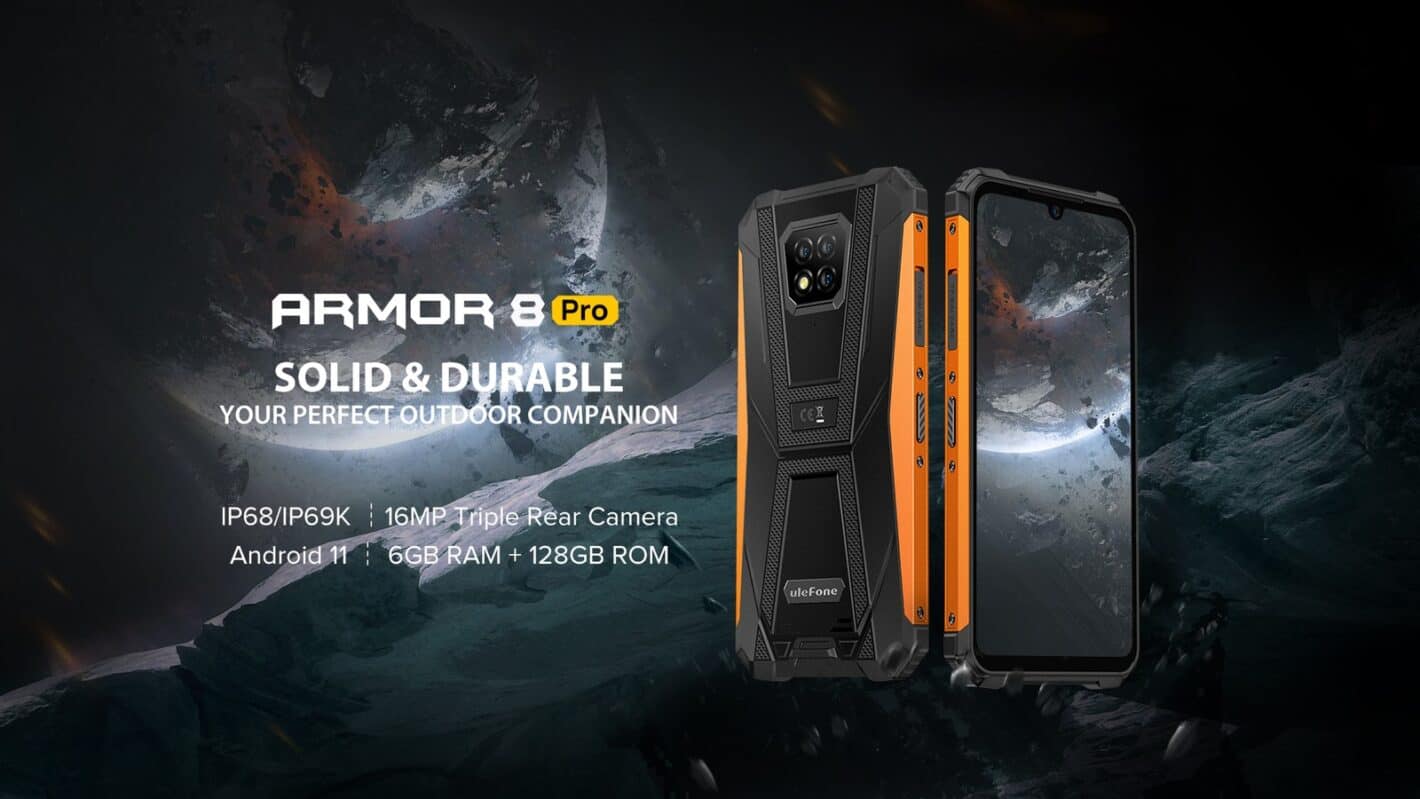 When you look at this phone, you’ll unmistakenly know it’s a rugged device. It comes with reinforced sides and corners, while its overall aesthetic screams “rugged”. The thing is, the device looks really nice for a rugged phone.

Its bezels are not too thick, considering it’s a rugged device, while a display camera hole is centered in the upper portion of its display. There are three cameras included on its back, and the whole back side design is interesting.

The Ulefone Armor 8 Pro comes with the Helio P60 SoC, and a large battery pack

This phone is IP68/IP69K and MIL-STD-810G-rated, in other words, it’s not only water and dust resistant, but it can handle some physical abuse as well.

A 5,580mAh battery is also a part of the package, and it supports 15W fast charging. The phone has a fingerprint scanner (side-facing), while it also comes with two SIM card slots. It supports 4G LTE connectivity.

A 16-megapixel main camera is backed by 5-megapixel and 2-megapixel (depth sensor) cameras. A single 8-megapixel camera can be found on the front side of the device. That front-facing camera can be used for face scanning as well.

The Ulefone Armor 8 Pro measures 166 x 81.8 x 15mm, while it weighs 282 grams. So, this device is not only large in general, but it’s also quite hefty. That is to be expected, though, considering it’s a rugged handset.

The phone is already available to pre-order, while it’s also discounted

The phone is on presale on AliExpress for $169.99 ($32-percent off). If you end up being amongst the first 200 people to order the device, you’ll also get a free Ulefone Watch (worth $39.99). The company did release an announcement video on YouTube as well, it has been embedded below. 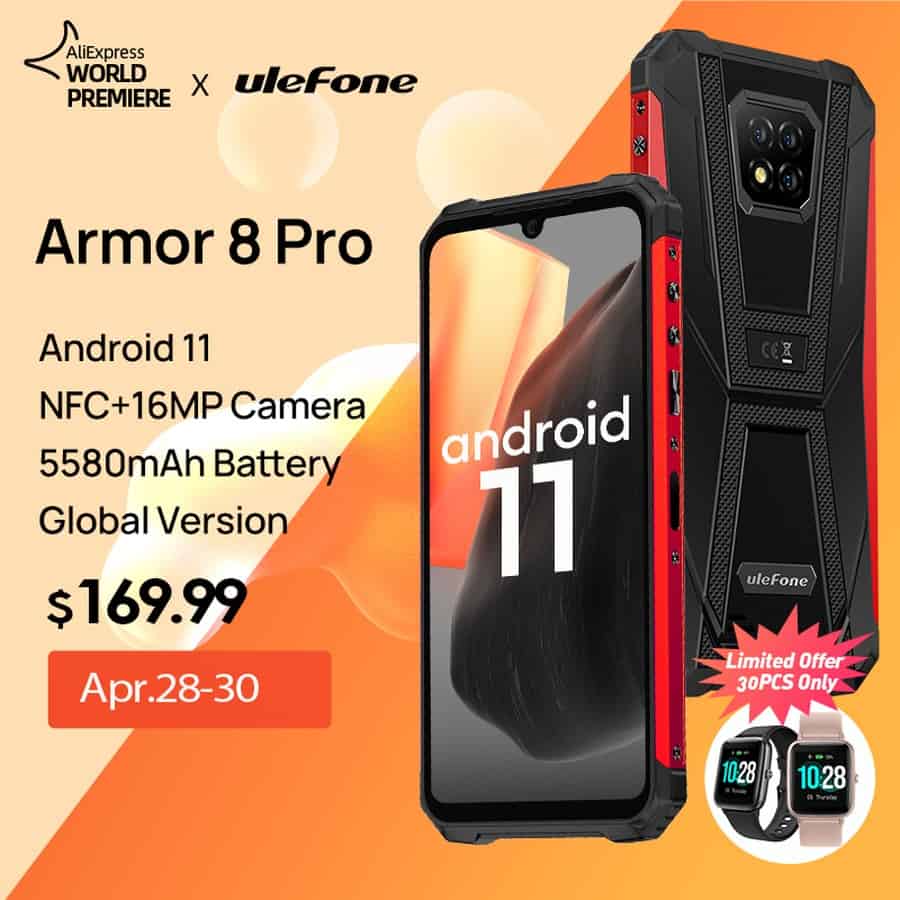 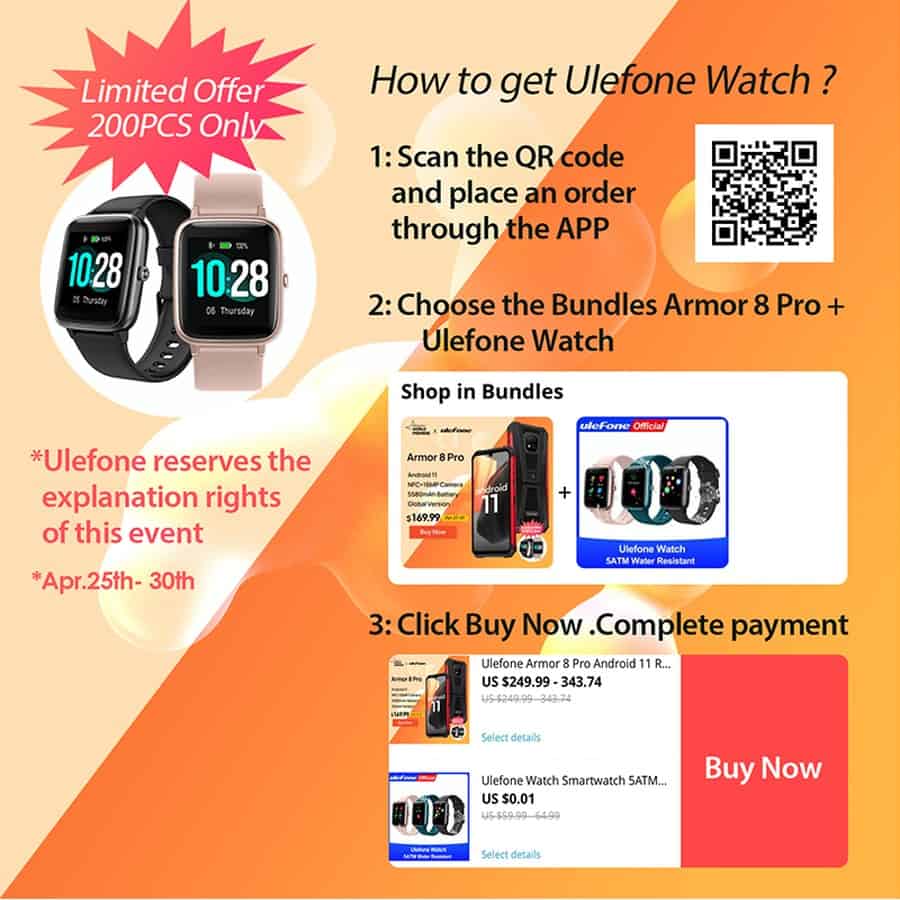 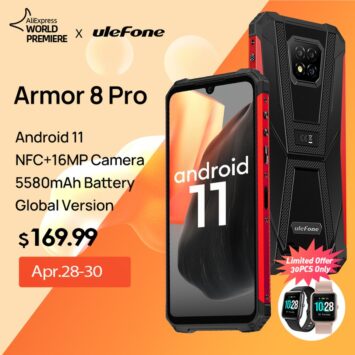 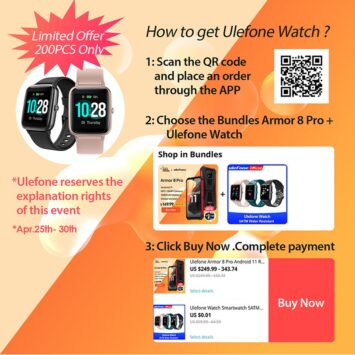