Twitter Spaces for desktop is coming. The feature is already available to users on both Android and iOS, so this isn’t a surprise.  And now according to The Verge, the company has confirmed Spaces are also coming to web browsers. This was the next natural step to take, so it really isn’t too surprising that the company is confirming the move.

After seeing a Tweet from app researcher Jane Manchun Wong, The Verge reached out about Spaces on the web. The Tweet simply says “Twitter is working on @TwitterSpaces preview cards for the web”. The social media platform hasn’t been terribly secretive about bringing Spaces to the web. 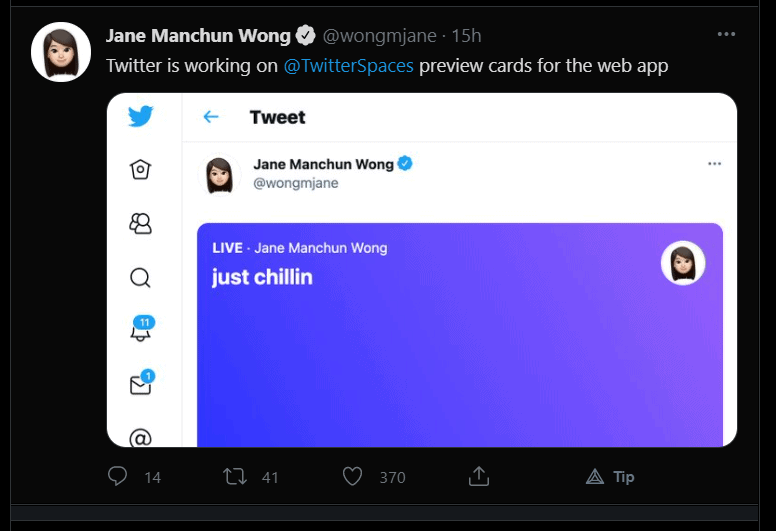 In fact, last Friday a Twitter Spaces developer showed off some images of what the Spaces intro screen might look like. Spaces are currently only available on mobile as of now, but by bringing it to the desktop web browsers Twitter can expand the feature.

Twitter Spaces will need as much help as it can get in building a bigger presence. Twitter Spaces is not the first live audio app to get users’ attention. There is Clubhouse which is currently iOS only but will be coming to Android in the future.

Clubhouse has kind of been the poster child for live audio, but there are others in the field as well. There is Discord who recently launched its Stage Channels. Stage Channels can be accessed where ever users can access Discord.

Then there are others like LinkedIn, Slack, and no joke Mark Cuban. Again if Twitter wants Spaces to garner as much attention as possible, bringing the feature to the web should help with that. Live audio features look like they could be the new go-to feature for social media platforms.

The features will give users another way to connect with their audiences on different platforms. Users have been able to go live on video on Facebook and Instagram for years now, and TikTok revived the interest in micro-videos.

So the move towards live audio makes sense and seems like a natural move. Especially when considering not everyone likes to be on camera when. Just look at all the memes of users in Zoom meetings with their cameras turned off.